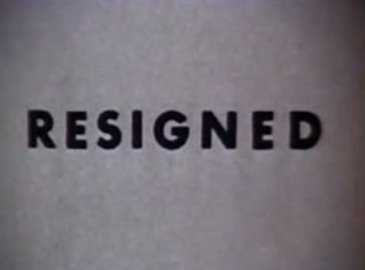 Knappenberger’s retirement is expected to happen in Q4 of 2015 or early 2016. He took over the slot to replace former President Robert King in 2008.

Dougherty held the role of ANAB VP for decades, as well as prominent roles in the IAF and ISO/CASCO. He was originally planning to retire at the same time as Knappenberger, but was asked to hold off so that ANAB didn’t lose both of its top officers in the same year.

Sources allege that there are no firm candidates lined up to replace either man, hinting that ANAB faces a power vacuum and crisis of management.

Both Knappenberger and Dougherty have been heavily criticized by Oxebridge for prioritizing ANAB’s commercial interests over its obligations to ensure the integrity of accredited ISO certifications. ANAB has routinely taken actions which appear to ignore or excuse violations of ISO 17021 by its accredited CBs, which Oxebridge alleges is because the CBs pay ANAB, thus creating a conflict of interest that they have been unable to surmount. Knappenberger not only maintained a pro-CB posture originally established by King, but expanded it. Under Knappenberger, CBs reported that ANAB’s favoritism towards some of its CB clients grew. This led smaller CBs to allege that ANAB was working to help its larger clients consolidate the industry by breaking up competitors, freeing clients up for absorption by a handful of larger firms with greater influence.

Knappenberger also oversaw the “move to one brand” marketing shuffle wherein A-CLASS — which provides ISO 17025 lab accreditation — was brought under the ANAB logo. The arrangement creates complicated conflicts where, in cases where a client has both ISO 9001 and ISO 17025, ANAB would be acting as both the certifier of the laboratory management system as well as the accreditor of the associated CB. Oxebridge argues this creates an impossible conflict of interest that dilutes the trust of both certifications, as it puts ANAB’s branding efforts above its mandate to police the validity of certifications. Dougherty has been instrumental in every aspect of ISO 9001 certification, from the management of ANAB and development of its policies, to the development of ISO/CASCO accreditation standards, to the oversight of other ABs through the IAF. Having previously worked for the certification body NSF, Dougherty was intimately involved with ANAB’s failed attempt to create an entirely new ISO 9001 variant certification scheme, called SN9001, by partnering with its CB Smithers Quality Assessments, and consultant John Allin. When Smithers and Allin were later found to be conducting co-marketed promotional events, wherein Allin offered a cash “prize” to attendees which ostensibly could be used to pay for Smithers’ services, Dougherty first refused to process a complaint filed by Oxebridge citing imaginary rationales for the complaint. Dougherty was then pressured to recuse himself, but a subsequent investigation by ANAB’s Bob Cruse nevertheless resulted in no firm action against Smithers, who nevertheless continued to conduct com-marketed events with Allin. The SN9001 scheme was plagued with criticism over the overt conflicts of interest and favoritism displayed by ANAB towards Smithers.

When faced with official complaints, Dougherty would utilize a “man on the street” test to determine the validity of issues reported against CBs, by assessing them against the .point of view of a member of the public. The method did not consider that accreditation rules are a complex and technical issue, not readily understood by the public, nor that it was an entirely imaginary exercise whereby Dougherty himself role-played as a “man on the street.” The method allowed ANAB to justify why it routinely sided with its CB clients, while presenting an image of having done due diligence.

In recent years, ANAB failed to take action on a number of both formal and informal complaints raised against its CBs. ANAB routinely ignored reports of CBs failing to properly process complaints, and instead allowing the CBs to respond to complainants with harassment, threats, and intimidation. ANAB ruled that CBs do not have to make their Impartiality Committees available to stakeholders, and supported a change in accreditation rules that eliminated the need for CBs to maintain public registries of their clients, thus making verification of ISO 9001 certificates nearly impossible.

In the past decade, the growth of consulting services offered by CBs to their certification clients has vastly expanded, all with tacit approval of ANAB. BSI continues to offer both software and documentation for ISO 9001 implementation, which it later audits as part of certification services, all under the banner of ANAB accreditation.

ANAB also failed to take action when it was reported that an auditor, Richard C. Randall, was giving official training on how CB auditors could conduct coercive hypnosis on ISO 9001 and AS9100 clients, without their knowledge, in order to make them subconsciously open to the auditor’s suggestions. Likewise, ANAB took no action when documented evidence showed a number of CBs colluding with a single ISO consultant who owned a popular online forum, where the CBs engaged in defamation and censorship of competing CBs and consultants, and in exchange were rewarded with free advertising space by the website owner.

Under Knappenberger and Dougherty, ANAB took a surprisingly timid approach to dealing with the massive growth of certificate mills, opting to publish occasional PDF guides on the importance of accreditation, rather than working to put the mills out of business. ANAB and Dougherty have been the subject of years of defamation by mill operator Daryl Guberman, and yet no legal action was ever taken.

Major US industry disasters occurred under the ANAB accreditation banner, as well, including the Deepwater Horizon oil spill and Takata airbag scandal. Oxebridge argues that ANAB must be included in any investigation of these disasters, since they were responsible for the validity of the certifications which helped these companies obtain contracts that then led to the loss of human life. The role of ANAB in the current Volkswagen scandal is now being investigated, but has not yet been determined.

Since 2000, Oxebridge had attempted to work directly with ANAB in order to drive improvements to the ISO 9001 certification scheme. It once branded Dougherty as “the man who can save ISO 9001,” and regularly supported ANAB accreditation in order to reverse the growth of the unaccredited certificate mill industry. But after the SN9001 incident, Oxebridge shifted and took a more aggressive posture against ANAB, and began working with legislators, regulators and law enforcement to push for investigations into government fraud and anti-competitive trade practices.

Oxebridge VP Christopher Paris warned Knappenberger and Dougherty that significant pressure was mounting against them. An attempt to meet with ANSI President Joe Bhatia was rebuffed, when Bhatia deferred the meeting to Knappenberger, who then deferred it to Dougherty. In a phone call with Dougherty in March, Paris urged them both, along with ANAB Director of Accreditation Lori Scheid, to take early retirement, or get caught in the investigations.

Meanwhile Oxebridge is calling on a the Federal government in implement a 10-year moratorium on the inclusion of ISO 9001 or any ANAB-accredited certification being required in any US government contract, until the time that ANSI can restructure ANAB’s leadership and funding model to bring it into compliance with ISO 17011. The call has been met with some support, with a handful of government contracts having removed ISO 9001 in response, as well as some state agencies.

While the replacements for Knappenberger and Dougherty are not known, but Oxebridge intends to reach out to the new management in the hope of building a more user-oriented posture that reduces conflicts of interests and holds CBs accountable to accreditation rules.

Oxebridge predicted a wave of “early retirements” back in 2013, as it ramped up pressure on the industry leaders who have resisted attempts are reform over the past 15 years.