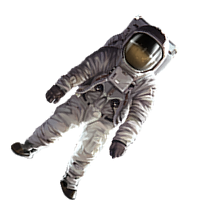 Oxebridge Quality Resources International has launched its AS9100 Revision D Early Upgrade Services, for those aerospace companies seeking to update from AS9100 Revision C. This program utilizes Oxebridge’s unprecedented industry contacts and the Ballot Draft to develop a quality management system compliant to AS9100 D now, prior to the release of the final standard. If there are any changes between the Ballot Draft and the final edition, Oxebridge will make the additional changes at no cost.

Due to bureaucratic red tape, AS9100 certified companies will only have two years to update to Revision D, rather than the usual three. Worsening matters, the AS9100 registrars are still scrambling to bring themselves into compliance with new auditing rules, some of which have not been published yet. This will result in a last minute rush by the entire industry to meet the certification deadline of September 2018.

In order to assist companies now, Oxebridge has already begun implementing AS9100 based on the Ballot Draft, and the resulting program has been developed from the lessons learned in those early pilot implementations. The Oxebridge program is so far ahead of the curve, the registrars themselves have begun asking for Oxebridge’s input on what they can expect to see when they audit their clients.