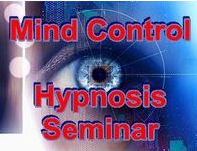 Richard Bandler shuffled through the Orlando hotel using a cane and an assistant to help him walk. Crippled by diabetes, brought on by poor eating, he was a pale, paunchy, ponytailed image of ill health. Nevertheless armed with an aggressive personality that broke through his frailty, he would go on to teach his seminar students about how NeuroLinguistic Programming (NLP) could solve nearly any personal issue, and cure phobias and other psychiatric disorders in record time. The crowd of eager students clapped thunderously, never using their critical brains to identify the glaring disconnect between Bandler’s sales pitch and his physical ailments. If he couldn’t heal himself with NLP, how did his (very expensive) training session have any merit?

The truth is, NLP doesn’t. It’s been debunked by nearly every possible study as a pseudoscience, lacking any scientific basis and running afoul of accepted psychiatric techniques. For those unfamiliar with it, NLP is a form of coercive hypnosis (also called “coercive persuasion”), used by sales people and self-help “therapists” to subconsciously alter a subject’s attitudes to one of willing acceptance, all while doing so without the subject’s consent or knowledge.

There is so much evidence debunking NLP, and calling out its dangers, it would be impossible to provide it all and not take us wildly off topic. (Start here, here, here, here and here.) There is even a subculture of “Dark NLP Patterns” sold as “mind control techniques” to help someone exact revenge or seduce a lover through gaslighting, invoking paranoia or creating false trust. NLP practitioners claim that NLP can offer a “ten minute phobia cure,” something claimed by Bandler as well, who nevertheless denies NLP is “therapy,” presumably so he’s not held accountable to any medical regulations or oversight.

Worse yet, the technique is conducted by untrained amateurs, often granted unaccredited “Certified NLP Practitioner” licenses by fly-by-night organizations, and can result in worsening of pre-existing psychiatric disorders, such as bipolar disorder or depression. In the UK, NLP was being used on war veterans diagnosed with PTSD, and was reported to be “very dangerous” and left some with heightened suicidal ideation. In Gainesville Florida, three students of the first set of state-licensed NLP classes by The Florida Institute of Hypnotherapy attempted suicide.  TFIOH founder Matthew Brownstein — who also gives classes on astral projection, claims he was a rapist in a past life and advocates drinking one’s own urine — also used NLP to conduct at least one “exorcism” on a therapy patient, for which Oxebridge has the disturbing audio recording.

NLP practitioners are shameless, too. This graphic was found promoting an NLP training seminar website that overtly markets it as “Mind Control” and claiming it can be used to perform surgeries such as “amputations and tumor surgeries” without anesthesia. NLP co-creator Bandler is a controversial figure, an admitted cocaine addict who once barely escaped a murder charge for a prostitute in a dubious, drug-related incident in 1988. The surrounding NLP stucture around Bandler has been called a cult by many, and one NLP therapist was seen with a poster in their waiting room which read, “Everything I ever learned, I learned from Richard.” Perhaps the most famous student of NLP is self-help guru Tony Robbins, who has his motivational seminar attendees “firewalk“, at times with disastrous results.

And now the Americas Aerospace Quality Group (AAQG) has endorsed the practice for AS9100 auditors, going so far as to present an official training session on the subject, and issuing a certificate to recipient auditors, counting towards their annual requirements for continuing professional development.

In July of 2013, the AAQG held a training session in Indianapolis which included a presentation by Richard Randall, a “Certified Life Coach,” AS9100 Lead Auditor and trainer with Whittington & Associates, called “The Human Side of Auditing.” The presentation provided training on how to use the Bandler NLP techniques to “trigger positive ‘programming’ conducive to a more productive audit.” When Randall talks about “programming” he means — as you probably suspect — programming the client to be receptive to the auditor.

(A PDF of the actual PowerPoint slide deck may be downloaded here.)

NLP practitioners are overt in their willingness to admit the practice is subversive, and the Randall presentation is no different. One slide openly admits the methods should be used in a way that is not evident to the auditee. A technique called “mirroring” is employed, whereby the NLP hypnotist physically matches the posture and movements of the subject, in order to build subconscious “rapport” designed to make the subject relaxed and, therefore, compliant. In the Randall presentation, he says such techniques must “be subtle as to appear unconscious”: Randall goes on to show how this can be used in practice, providing an example whereby building rapport will reduce the client’s willingness to challenge audit findings, by offering NLP based strategies on how to get the client to stop discussing any challenge at all, but “shifting discussion to how the client is going to address the issue“: Finally, he goes into specific techniques on how to “lead” the client into agreement, by “redirecting a person from one frame into another.” Richard Randall has, according to the Whittington site, “performed ISO 9001 and AS9100 audits on a contract basis for registrars such as NQA USA, ABS Quality Evaluations, Smithers Quality Assessments, and Intertek Systems Certification, as well as, ISO 17025 Laboratory Accreditation audits for ACLASS” and has “Randall has participated in over 1000 formal ISO 9001 audits.” One wonders how many of those 1000 audits included this deeply troubling practice, without the knowledge of any of the clients.

But Is It Hypnosis?

It’s worth noting how nowhere in the presentation is the word “hypnosis” used. This has led to some confusion by those who have read the slides and say it has nothing to do with hypnosis. This is, unfortunately, part of the nefarious aspect of NLP: in some business settings, it is used while intentionally masking its nature. But a mere check of Richard Bandler’s website (see his “Trance-Formation” materials) — or any cursory reading on the subject — reveal it was designed as a form of hypnosis. Case in point: NLP practitioners promote hypnosis using the word “induction,” and even try to sell an idea called the instant “handshake induction” method to snap a victim into immediate hypnotic trance just by shaking their hand. Check the video here, and you see the presenter discussing how to “pull in” people, and how it works very well with people who have been “pre-framed” (language used in the AAQG presentation, meaning prepared for hypnosis), but also “on the street” — meaning people who have no idea you intend to hypnotize them. It’s damning stuff, especially when the group laughs as the presenter suggests “go for it” when trying to trance-induce people on the street without their consent.

For a lighter take, see British magician Derren Brown use NLP on comedian Simon Pegg in this video, where he shows how it can be used to convince someone they like a birthday gift, even if they don’t.

If this sounds wrong in the QMS auditing context, it’s because it is. ISO 17021 and AS9101 requirements allow a client to challenge findings, and the CB must allow them adequate time to do so. All findings are supposed to be objective, based on data and evidence, and therefore able to stand up to critical scrutiny. The Randall presentation proves that auditors would rather not undergo such objective scrutiny, and that relying on the worst kind of mental trickery — including coercive, non-consensual hypnosis — is entirely valid in order to hold your ground. And, of course, this method was approved as an official training method by the AAQG.

There is nothing in ISO 17021 or AS9101 that allow an auditor to use surreptitious hypnosis on a client. Furthermore, given that ill-performed NLP is suspected (if not proven) to invoke negative, and sometimes lethal, responses in individuals with certain psychiatric conditions, it exposes the auditor, the CB and the AAQG to massive liability lawsuits. (I have alerted them that I intend to sue if I ever find an auditor attempting NLP on me or my clients.)

Looking beyond the serious ethical question of secretly attempting to hypnotize an audit client, remember: this is aerospace. An industry built on science. It is what keeps airplanes in the air, and puts men into space. But the AAQG’s Registration Management Committee (RMC), led by UTC’s Susie Neal and Will Tate of Triumph Group, finds it perfectly acceptable to insert dangerous, debunked, New Age quackery into the aerospace auditing profession.

And let’s be clear: even if NLP doesn’t work at all, the fact that auditors are being trained to attempt to hypnotize clients without their consent is a serious ethical breach, and gross violation of accreditation rules.

Oxebridge is calling on the AAQG to officially retract the training given on NLP to any auditors in attendance, to publicly denounce the practice, and to issue an official statement prohibiting the use of NLP or any subversive hypnotic techniques by AS9100 auditors. To add your voice to this call, write directly to the AAQG senior leadership below:

(Oxebridge wrote to the senior AAQG management for comment, and has not received any as of press time. If any comments are received, this article will be updated.)

CORRECTION 05/12/2014: This article previously identified Tim Lee, the former RMC Chair, as the current Chair. The current Chair is Susie Neal. The article was updated accordingly.