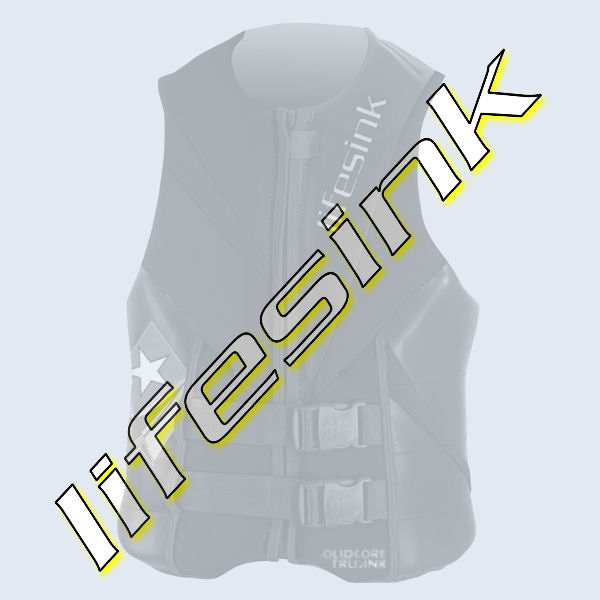 In a riff off of the old 1980’s meme that ISO 9001 could “certify a manufacturer of cement life jackets,” a number of unaccredited or self-accredited ISO 9001 certificate mills have agreed to do just that.

The saying came from a misunderstanding of ISO 9001 in its early days, thinking that it only awarded slavish adherence to design requirements and procedures, and that if someone designed a “cement life jacket” that killed the user, the company could nevertheless become ISO 9001 certified. This argument ignored the fact that at its core, ISO 9001 is about customer satisfaction, and killing the customer rarely achieves that.

In a month-long journalistic investigation, we presented a number of registrars — accredited and otherwise — with a test. We asked if they could provide ISO 9001 certification for a company called “LifeSink” that designed a “negative buoyancy wearable flotation” device targeted at “industrial deep sea mining and recreational diving” markets. To seal the deal, we sent them a LifeSink Quality Manual, sample management review meeting minutes, and even test reports that showed the product’s quality was measured by “fatalities.” Throughout the documentation, some key indicators were included that should have triggered a red flag to anyone with a functioning neocortex, such as: Bogus test data not only show “float rate vs sink speed” but also a shot from the movie Sharknado, just… you know, because. This record shows test equipment included a “pulse monitor” presumably to measure the death of the user.

The certification bodies were also given a link to the “temporary website” of LifeSink, actually set up by the free site builder WebNode.com. The site (click here to view) included an utterly batshit explanation of how LifeSink products work:

Objects in an atmosphere, whether liquid (water) or gas (air) either rise or sink. Unless, of course, they have neutral buoyancy, in which case they float. But NB is rare in nature, because of the infinite micro-changes in pressure and gravity that are acting on us at all time, beyond our notice. Things tend to rise or sink, even if we think they are floating.

In a negative buoyancy condition, a device will sink while displacing the matter around it, causing that matter to “fill” the space above the object, thereby rising. By taking advantage of the simultaneous falling (of the object) and rising (of the surrounding matter), the LifeSink WFE products can provide both flotation and descent.

The website also featured this product blurb, of which the insanity is clearly obvious. Notice that the SolidCore lining is made of cement and lead shot. With this nonsense in hand, we then submitted it to a number of certification bodies offering ISO 9001 conformity assessment. This included both ANAB accredited bodies, and “certificate mills” — those registrars who are either not accredited at all, or self-accredited through an “accreditation body” that shares management staff with the certificate mill itself, thus in violation of ISO 17011. We targeted especially those mills that either claim compliance to ISO 17021/17011 or imply it.

Of the ANAB accredited bodies, none agreed to provide services. Some responded back dryly, noting that a virtual assessment was not allowed under an accredited scheme. Others saw through the joke and laughed it off. ANAB itself likewise indicated that providing certification under these conditions would not be acceptable under ISO 17021 (full disclosure: ANAB did not receive all of the bogus information here, but had indicated its position without even needing to see it.)

Meanwhile, however, of the certificate mills approached, ALL of them agreed to provide ISO 9001 certification. One did so even after days of alleged review by its technical managers and industry experts, who — one wonders — must be a real laugh in the bathtub, if they don’t understand how stuff like “floating” works.

One of the mills even made a potentially illegal attempt to sweeten the deal for himself, by misrepresenting “requirements” and indicating that all the suppliers of LifeSink should get certified, too, preferably by his company. He also offered to do the consulting for all those suppliers as well.

In a tortured attempt to (one guesses) sound smart, the mill operator also indicated “materials need to be ROHS compliant- (need to verify materials) Especially if a the products are made all over the world -China especially.” ROHS is a certification typically reserved for electronic components, with the intent of reducing lead content in electronic components. It is not applied to stuff that is made from, you now… actual lead, so it’s not clear how one can reduce the lead content of something containing lead shot.

Another certificate mill responded by immediately providing a price quote, even though we were merely asking if they could provide the services. (At no time did we sign any contracts or agreements.) That operator also misrepresented requirements by saying, “If you end up managing the manufacturing of saleable products an approved suppliers list would be required.” In comparison with ISO 9001 clause 7.4 requirements, this statement makes no sense whatsoever.

Worsening matters was that none of the certificate mills offered to sign a nondisclosure agreement before asking for, or receiving, the documentation. When the concept of an NDA was raised, one of the mill operators replied, “I had a security clearance – my specialty is NRR – it has to do with radar.”  This would be yet another violation of confidentiality rule under IAF accreditation schemes and ISO 17021.

The three certificate mills who agreed to provide the certificates were G-PMC Registrars LLC (Stratford CT), operated by Daryl Guberman; American Global Systems (Montecito CA) operated by Steven Kenneally; and QualityMasters out of the Netherlands.

At the point at which the mills agreed to provide the services, the sting was revealed, and no contracts were signed. It was made abundantly clear to the mills that Oxebridge offers no certification services, so therefore is not a competitor, nor has any relationship with any of their accredited competitors, and that this exercise was conducted entirely in the interests of public safety and the public good. What this illustrates clearly is that the certificate mills pose a direct and credible risk to public safety and human health. They will offer to certify anyone willing to pay, even if they cannot actually verify the existence of an organization, and even if that product will kill people. For example, the same klutz who claimed he had a former security clearance from his radar “specialty” likewise claims expertise in hazardous waste storage, helicopter design, kevlar engineering, “medical materials”, nuclear regulatory requirements for ICBM storage, environmental management and — most deadly of all — consulting on design and manufacture of implantable medical devices (“Rotator Cuff, Knee, Hip, Spine, Carpal Tunnel“.)

From a legal standpoint, multiple issues arise. First and foremost is that fact that they are engaging in deceptive advertising which may be viewed as criminal intent to mislead consumers, business-to-business customers, or both. This means two areas of the law are in play: consumer protection and antitrust. Oxebridge intends to use this evidence in coming initiatives to press for reform of the certificate mill industry.

In addition, the mills engage in very noisy, and nearly always libelous, attacks on ANAB, the IAF and others involved in accreditation, while simultaneously claiming their operations comply with the same international standards they bitch about. This experiment proves, without a shred of doubt, that they do not comply with international standards, and in fact willfully violate them, thereby disproving their horrendous accusations of incompetence or conflicts of interest within the IAF matrix. It also makes it difficult for them to defend the libelous claims they make against their accredited competitors in court.

As of right now, the mills are no doubt scrambling to send all of this off to their attorneys to figure out a way to sue Oxebridge, because that’s worked so well so far. IT’s the reason we aren’t naming names, but are also holding onto every shred of evidence. They should just do the right thing and get accredited, of course.

But whatever they do, they have a really big hole to climb out of. You can’t offer to certify death jackets and expect to be taken seriously… especially by a judge or jury.

More as this develops.