It Gets Worse: US TAG Tries to Invoke Right of Anonymity to Block Scrutiny 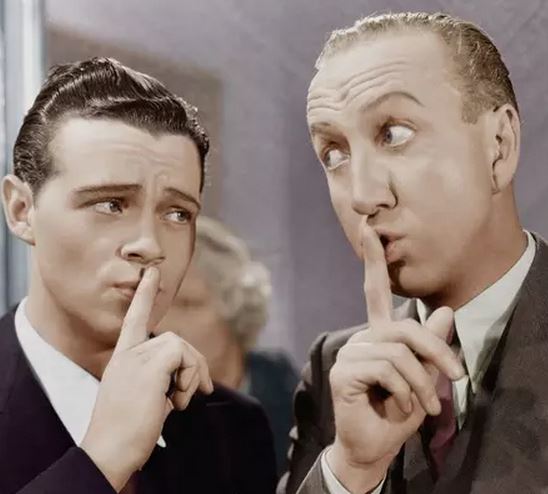 Yesterday I sent an Oxebridge Public Call document — calling on the US TAG to reject the FDIS of 9001:2015 —  to all US TAG members, as well others in ANSI and IAAR. Despite the fact that the document, for the most part, supports TAG positions, the TAG Leadership is doing their usual panicking and going crazy over it.

The first idea that something was wrong came from an email from consultant Richard Vincins of Emergo Group, who is a TAG representative. He demanded he be removed from the mailing list, and concluded with a terse, “do not send me another email like this unsolicited.”  To which I wrote him back and in effect told him, “uhm… no.”

Specifically, I told Vincins that if he is going to act as an official representative of the United States on the TAG, he has a responsibility first and foremost to … you know… represent the United States. That means, according to the official ANSI operating procedures for US TAG, he must consider the views of all affected stakeholders, or as the official rules put it:

Vincins appeared to be alleging the email amounted to spam (“unsolicited”) when in fact the sending of a position paper to an elected TAG representative does not rise (sink?) to the level of “spam.” If anything, the TAG members have a direct responsibility to consider such information when making their positions, since they are prohibited (per TC 176 Code of Conduct regulations) from representing themselves or any single company. Furthermore, the Public Call was a single email, didn’t add Vincins to any “list” and was entirely non-commercial.

I then told Vincins if the idea of receiving stakeholder feedback is “displeasing to you, you must resign your role on the TAG.”  I doubt that will happen.

Now we learn that Jennifer Admussen of ASQ has sent a warning email to all TAG members not to leak the member email addresses to any third parties, saying, “We post member and TAG/TC information on a secure site in order to maintain confidentiality.”

Admussen and the leadership ignore the fact that all TAG members have a right to share that information with others who may help them form their opinion. ISO attempted to invoke the same claim in a lawsuit threat against Oxebridge, but dropped it when (presumably) they came to their senses. Members can’t make decisions in a vacuum, and the best representatives rely on all sorts of feedback from all sources, and that at times requires sharing information.

But the “confidentiality” bit is extraordinary. While certainly the TAG members should have the freedom to have private conversations and the right to secret votes, the US TAG is extending that to identity (“member information”.) They are claiming a right not for confidentiality, but for anonymity , meaning that they do not want you to do know who is on the TAG.

Admussen, no doubt working on the prompting of TAG leaders and not her own impetus, then tells the members to, in effect, ignore the Oxebridge Public Call document (she calls it “spam”) and rely solely on the skewed (and possibly misleading, as we will find out in coming days) directive of Lorri Hunt and the TAG leadership when deciding on how to vote on the FDIS:

To reiterate the position on the ISO FDIS 9001 ballot:

Since there has been no US TAG consensus, the recommendation is for the US TAG members to consider all the information they have been provided on the ISO 9001:2015 DIS and FDIS, both in writing and at the US TAG meetings. Click here [internal link removed] to see US TAG to ISO TC176 Considerations for Casting Ballot on the FDIS for ISO 9001:2015.ed.

Notice she says TAG members shall consider “the information they been provided [via] TAG meetings.” This is another documented admission that the TAG leadership is actively rejecting the feedback from industry stakeholders, and sending a chilling command to TAG members to obey their leaders above all.

It’s dark stuff, for sure. What’s so grim is how these functionaries can actually believe that what they are doing is fair, transparent, democratic and in any way keeping with basic US principles and official ANSI and TC 176 rules. This stuff probably plays well in Pyongyang, but in the US?

Let me be very clear: work on the US TAG comes with no presumption of anonymity. If you are going to join the group, undergo membership election, and then allege to develop stakeholder positions that will become official positions of the United States of America, you lose your right to anonymity. You can no more claim public feedback is “spam” or a violation of your confidentiality than a public official can reject their constituents’ emails, town hall discussions, or polling data. When you join the TAG, it’s your job to listen to the people you represent. What you do with the information is your business — and that includes ignoring it — but you can’t build walls to protect yourself from it.

This is what happens when you have the same leadership decade after decade.

Let me throw down a new challenge. In coming weeks I am going to publish the entire list of US TAG members and their employers. I won’t include emails or other information, just the names and who they represent. If the US TAG can formulate a legal argument as to why this information should not be shared with the American people, they can send it and I will have my lawyer look it over. If the argument is legitimate, we won’t run the names.

I honestly can’t think of a downside, but (again) maybe there’s some angle I’m not thinking of, so I will give the TAG the benefit of the doubt. No journalist in the world would ever offer their subject such a deal so, TAG: you should take advantage of it.