Is US TAG Leadership Lying to Its Members in Advance of FDIS Vote? 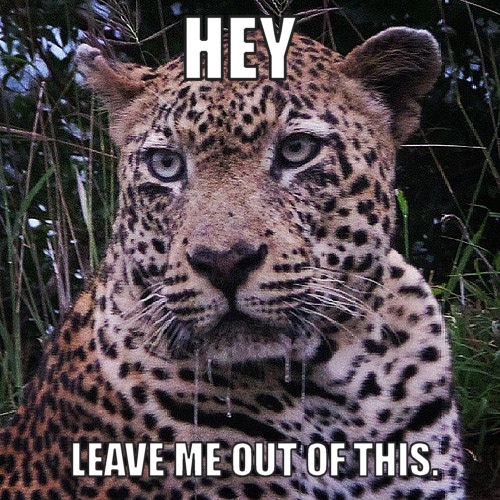 I’m not trying to be Betteridge-y with the question mark in the headline, since there’s literally some question as to whether or not information being given to US TAG members by their leadership is merely poorly written, relying on legalize weasel-words, or an outright lie. So let’s look.

An official document from the US TAG (apparently authored, like everything else, by Lorri Hunt), entitled “Considerations for Casting Ballots on the FDIS for ISO 9001:2015” provides guidance to US TAG members on their upcoming vote. You may recall that in yesterday’s post, I quoted TAG secretary Jennifer Admussen who reminded TAG members to refer to this document when getting informed on how to vote. The subtext was that they should only use this document, and ignore any external information —  a pretty creepy and entirely undemocratic way of doing things. But I digress.

So what’s in this “official” document that’s so important the TAG Leaders want it — and only it — to guide the members’ voting? Well it appears that it includes some of what we, in the industry, call “bullshit.” Now I apologize for using a highly technical term that ISO has yet to provide an international consensus definition on, but I suspect they are working on it.

The Art of the Con

It starts be stating it’s intent:

To provide a starting point for assessing and balancing the information provided and for formulating their vote as a technical expert, a summary of some of the significant positive and negative aspects of the FDIS is presented below.

It then goes on to provide a list of pros and cons related to the FDIS. Some of the negatives include:

The Prose on Pros

Where the TAG slips into “misleading” their members is this statement of benefit:

The issues related to the US negative vote on the ISO 9001:2015 DIS ballot have been resolved either partially or in their entirety.

This defies any understanding, since any examination of the facts from any angle shows the opposite is true: TC 176 handed the US TAG a stunning defeat with regard to its proposals and suggestions. I can see how insisting this isn’t true would be important for the Jarvis/West/Hunt power triad — it’s their legacy in tatters, after all — but it is insulting to the TAG membership in that it assumes they have no memory, are are willing to ignore everything they’ve seen first-hand for the previous three or four years.

First, as we reported here, TC 176 rejected nearly two-thirds of all US comments on the DIS. So it’s not possible that the US issues were resolved to any satisfaction; it’s factually incorrect. Here’s the data: But notice the typical Lorri Hunt politi-speak used in the TAG document, though. She says, “the issues related to the US negative vote … have been resolved either partially or in their entirety” (emphasis added.) She doesn’t say how they were resolved, merely that they were resolved. This means that, applying a technical Clintonian interpretation interpretation, it could be seen as true: after all, “rejection” is a form of “resolution.”  So the casual reader will infer — incorrectly — that the US won all of its arguments, and the standard was amended to address them all, so the TAG members can vote “YES” on the FDIS and all is happy. It just wouldn’t be true.

The TAG didn’t just lose relative to its comments on the DIS, but also their other key arguments against the FDIS which (get ready) …. appear in the very same document as the ludicrous claim! For example, the US TAG has had major complaints about the drafts of 9001:2015 deviating from the original design specification, and that still hasn’t been fixed; we know this because they included it on the list of remaining problems.

Next, the US has been concerned that the validation stage was not properly adhered to. This too was overruled by TC 176; to prove this, we need only go back to the last official voting guidance document (also attributed to Lorri Hunt) which was used to direct the members on how to vote for the DIS, back in September of 2014:

So the official internal documents, available to any TAG member if they look, prove that the US TAG leadership keeps recycling the same complaints, while claiming the complaints were “resolved.” Obviously, that can’t happen anywhere other than the Bizarro universe, where time is measured in grape jelly and people wear scarves made of leopard saliva.

So the claim that the US issues were “resolved” is true only if you consider “being ignored or rejected” as resolution.  After all, if the issues had been satisfactorily addressed, the bullet list of negatives would be much smaller.

Nobody Puts Baby in the Corner

So the question becomes, “why?” If Hunt and her contingent are lying to the TAG members, what’s to be gained?

We have some tinfoil hat theories we can throw out. First, Hunt already did the speaker circuit bragging about the standard and praising Annex SL. A “no” vote by the US TAG would be personally embarrassing to her. Ditto for her mentor (and Jarvis string puller) Jack West, who’s already published a book on the DIS version, and would see his sales plummet if the FDIS were to be scrapped by the world at this stage. Likewise for countless others who are circling the publishing venues, like Denise Robitaille, Paul Palmes, Charles Cianfrani, Craig Williams and nearly everyone in the TAG leadership (other than the silent-as-a-dead-dormouse Alka Jarvis.) I don’t think that’s it, but I bet it plays into some subconscious thinking.

Another wacko theory? ISO’s response to reporting by this very website, and their response to the first Public Call document (asking for a temporary delay in development of 9001) brought TC 176 and the US TAG so much bad press and outside scrutiny, they are terrified a “no” vote on the FDIS will make it appear that I’m actually having an effect on their operations.  While I think this is crazy, I do know (according to meeting attendees) my name was mentioned at more than one meeting, and that some decisions were made in order to “not give Chris Paris what he wants.” And a handful of the TAG guys have been on the losing side of ill-fated lawsuits against me, so they aren’t about to support something that has my name on it. Putting the tin foil away, I instead think it’s that the US was embarrassed it failed to get more support for its rejection of the DIS, and now doesn’t want to be seen as spiteful. It needs to be seen as a dutiful “team player” and carry the ball across the finish line. For a country with as much international clout as the United States of America, having it on record that the US got overruled by “the Swiss” will harm its reputation, and also cripple the sale of certification services in the US. ISO 9001 will again be treated as “that European thing” and American companies will avoid it like the plague. Since so much of the TAG is run by certification bodies, they have a direct financial stake in ensuring no disruption to the certification scheme. ISO 9001:2015 needs the imprimatur of US approval, at least for US consumption.

But what’s likely to happen is the TAG membership won’t be fooled by the kids’ party magic tricks of its leadership. Many will vote “NO.” The toadies and CB reps will vote “YES.” The result will be mixed, and the US will be forced to abstain. This will be a bad thing for the TAG leadership, but its less bad than the alternative.

And, by the way, you’re welcome. You’ve just read the world’s first blog that talks about scarves made of leopard saliva.