ISO Doubles Down on Restricting Waivers to Annex SL 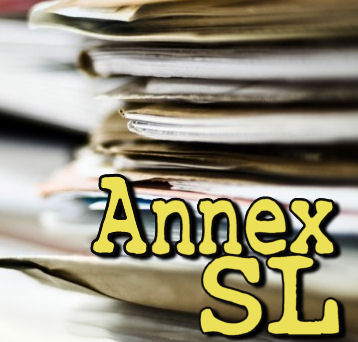 The HLS was originally part of ISO Guide 83, developed not by an ISO Technical Committee, but by the ISO Technical Management Board (TMB). Guide 83 never made it out of draft, and the TMB instead moved the language into Annex SL of the Consolidated ISO Supplement. Because the Supplement defines the mandatory rules for operating TCs, this effectively made the former Guide 83 language compulsory. As a result, some ISO TC representatives have decried the move, alleging it restricts their role as standards developers, and allows the TMB to trump the TC consensus development process.

— Any future MSS (new and revisions) shall, in principle, follow the structure and guidance included in the HLS (taking into account the flexibility already proposed in the JTCG recommendations included as Appendices 2 to 4 to this Annex SL). Deviations are permissible on the condition that these are reported to the ISO/TMB through the ISO/TMB Secretary at tmb@iso.org, with detailed rationale

— This means that a deviation in the use of the HLS, already permitted by the JTCG recommendations contained in document (included as Appendices 2 to 4 of this Annex SL), does not need to be reported to the ISO/TMB (adding a clause, insertions, etc.), allowing more flexibility in the implementation.

This was consistent with TMB Resolution 18/2012 which resolved that:

[TMB] Decides that any future MSS (new and revisions) shall, in principle, follow the structure and guidance included in this document (JTCG N316) but decides to permit deviations on the condition that these are reported to the TMB, with detailed rationale

However, in January 2013, ISO’s Stefan Marinkovic deleted the paragraph SL.8.2.3.2 entirely. The resulting 4th edition thus lacked any such allowance, and instead defaulted to rules included in the opening sections of the Supplement:

If due to exceptional circumstances the high level structure or any of the identical core text, common
terms and core definitions cannot be applied in the management system standard then the TC/PC/SC
needs to notify ISO/TMB through the ISO/TMB Secretary at tmb@iso.org of the rationale for this and
make it available for review by ISO/TMB.

NOTE TC/PC/SC strive to avoid any non-applicability of the high level structure or any of the identical core text, common terms and core definitions.

Wheras the original TMB Resolution 18/2012 indicated deviations would have to be “reported” to the TMB, newer language now requires a “review” by the TMB, which implies a result of that review. Oxebridge asked the TMB for clarification on what “review” means in this context, and whether the result of that review may include overruling requests for deviations, but received contradictory answers from different TMB representatives. Oxebridge is currently seeking clarifications.