The certification scandal involving Quality Austria and its operations in Qatar appear to be worsening, as its accreditation body now seems to be actively working to cover up the incident, rather than investigate. 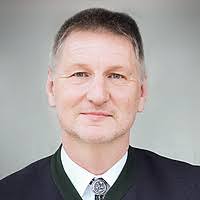 Quality Austria responded to an official complaint on the matter by simply closing it without any explanation. It was then discovered that one of the executives who closed the complaint was personally involved in the Qatar operations, having conducted witness audits and other visits to the Qatar office, and known to have a friendly relationship with the operators. The executive, VP of Business Development Eckhard Bauer, did not reveal this conflict of interest when responding to the complaint, nor did he recuse himself as required. Quality Austria then cut off all communication with Oxebridge on the matter, refusing to reply to follow-up complaints.

It was then alleged by multiple witnesses that the Qatar office had previously paid for “five-star vacation” expenses for both Mr. Bauer and a witness auditor sent by Akkreditierung Austria, Adolf Kerbl. This allegedly included payment for a “female companion” for Kerbl who was not part of the audit team. The witness audit resulted in no suspension of the Qatar office, despite Mr. Bauer having personal knowledge of the sales arrangements with Qatar Quality Plus and the Quality Austria employees, thus giving the appearance that the Gulf office bribed officials in return for a clean audit. Oxebridge has requested that the various bodies confirm these allegations as part of their investigation. 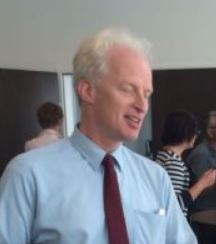 Meanwhile, the Quality Austria Gulf operation continues to operate, apparently without any action taken by Quality Austria or Akkreditierung Austria. Likewise, web activity shows the Qatar Quality Plus company continues to sell its services, and still under the management of Quality Austria’s employees. There have been no notices of suspensions or withdrawals of certification by any of the potentially infected companies. Quality Austria has maintained its accreditation throughout the scandal, and continues to issue certificates in the region, through its Gulf office.

The issue is particularly serious because over 100 companies were listed as being contacted by, or under contract with, the Qatar Quality Plus firm, and a large number of these were then subsequently certified by Quality Austria. As a result, the validity of the ISO 9001 and other certifications issued is suspect. This includes an ISO 9001 quality certification issued to the official Qatar Civil Aviation Authority.

Oxebridge is demanding that all the certifications issued by Quality Austria Gulf be investigated, and Quality Austria’s accreditation be immediately suspended, given the seriousness of the problem and number of companies implicated.

Oxebridge is also reporting the incident to regulators in both Austria and Qatar, and requesting that investigations into potential criminal bribery be launched, if the evidence warrants it.

One source indicated that parties involved are seeking ways to sue Oxebridge for its reporting, but it is not clear if the “parties” referred to were within Quality Austria or Akkreditierung Austria. Oxebridge has received one death threat related to its reporting on Quality Austria, which was submitted to law enforcement for investigation.

To date, the International Accreditation Forum has also refused to take any action, apparently waiting to see how the complaints process unfolds. The IAF routinely ignores such issues, citing bureaucratic procedures, even though its role is to ensure the validity of ISO accreditation worldwide. Dr. Brunner was head of the IAF MLA Committee from 2015 to 2018, so has intimate connections with the IAF, even as it is tasked with overseeing Akkreditierung Austria. Oxebridge argues such relationships allow IAF to give a “green light” to corruption by the various accreditation bodies under its watch.

The regional accreditation group EA (European co-operation for Accreditation) has now been contacted to take up the complaint, which will allege violations and possible collusion on the part of Akkreditierung Austria.

The various parties are subject to EU regulation EC No 765/2008, which demands that accreditation bodies process complaints accordingly, and that the EU Member State will investigate cases where they fail to do so.