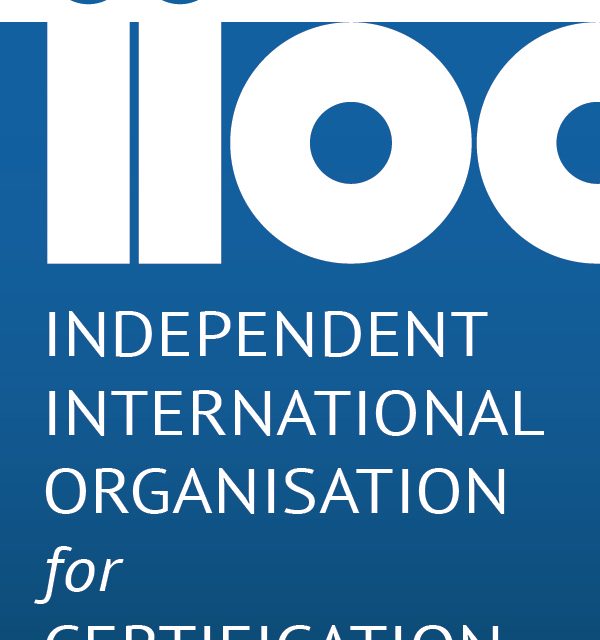 In 2005, Roger Bennett of the registrar trade group Independent International Organization for Certification (IIOC) pushed for a relaxation of the rules prohibiting ISO 9001 registrars from consulting, on the argument that such rules were illegal and restricted free trade. In a letter to IIOC members on the draft of what would become ISO 17021:2006, Bennett cited an earlier position, published in 2002 by IIOC:

In 2002, the IIOC provided written legal opinion to WG 21 that the draft standard was in contravention of EU competition law and USA anti-trust law in that it restricted the ability to trade. This legal opinion remains valid. In particular, the standard would prevent the Certification Body or any part of the same legal entity providing any form of consultancy services. IIOC believes this is a restraint of trade and would prevent many of our clients being offered the service they expect.

In the letter, which can be downloaded here, Bennett also argued for the relaxation of prescribed audit days, and an allowance for CBs to provide “company specific training, which IIOC believes many clients demand.” In a section on “joint marketing” Bennett argued for relaxing restrictions on registrars working hand-in-hand with consultants.

Many clients are looking for a “one stop shop” and therefore expect a certification body to be able to recommend a consultant to help them achieve registered status. The Standard would prevent CBs from marketing their own and the services of a consultant known to them jointly. IIOC considers this an impractical and unhelpful restriction in an age of electronic marketing

Bennett also made the case against having individual competent auditors, instead suggesting that a “team” be used to cover competency requirements:

IIOC believes that using a multi-disciplined team is more efficient and is more likely to add value to the client than expecting each auditor to have a full range of skills for each industry sector.

Several standards bodies have proposed minimum auditor times should be stipulated by accreditation bodies. IIOC believes times should be based upon the work required to meet customer needs and verify capability. This will vary according to a large number of factors. Setting a minimum time would be charter for “cowboys” and result in a “dumbing down” of certification to a service based on price rather than customer need.

Ironically, the Bennett letter was titled “ISO 17021: The Customer Perspective,” even though it contained no actual end user positions. It appears the letter was intended for distribution to ISO 9001 end users, in order to convince them to support the IIOC’s positions.

Oxebridge VP of Operations Christopher Paris has called the Bennett suggestions “the most batshit set of registrar-slanted ideas this side of a straight jacket.”

Bennett represents everything corrupt and incestuous about the certification scheme, where ideas utterly rejected by other industries and recognized as really, really bad for the world are given serious consideration. Roger Bennett comes from the pre-Enron era of auditor-consultants, where anything goes, and ethics and validity are secondary to cold, hard cash.

A source within CASCO reported to Oxebridge that Bennett had previously lobbied on behalf of BSI to remove the ISO 17021 requirement that CBs maintain public registries of certified clients. Under the new ISO 17021 draft, this requirement was deleted. BSI has opposed public registries, out of fears other CBs would use the listings to “poach” their clients.

Rather than being ostracized for his positions, Bennet was rewarded with increasing positions of authority within the CB-dominated certification scheme, allowing him to participate in drafting subsequent versions of  ISO 17021. These revisions have been criticized for consistently relaxing rules on CBs, to the detriment of the validity of resulting certifications. Despite his controversial positions on reducing minimum audit days for CBs, as evidenced above, in 2012, Bennett was appointed the Co-Convenor of the CASCO Working Group 37 on audit duration. Bennett remained in such positions representing IIOC to CASCO for the development of 17021 until his retirement at the end of 2014. He also held a position as “Director representing Conformity Assessment Bodies” to the IAF-ILAC Joint General Assemblies (JGA), which also worked with CASCO on accreditation rules.

Bennett has also held positions on Task Forces within the IAF, which oversees the accreditation of registrars. In 2007, he represented BSI on no less than five Task Forces related to ISO 17021 development and rollout.

Oxebridge is pushing for greater end user participation in standards development, including within CASCO, the ISO committee responsible for development of rules governing ISO 9001 registrars. To date, the committee is populated nearly entirely by current or former CB representatives, with no end user representation at all.

Bennett was asked for comment, but had not replied as of press time.