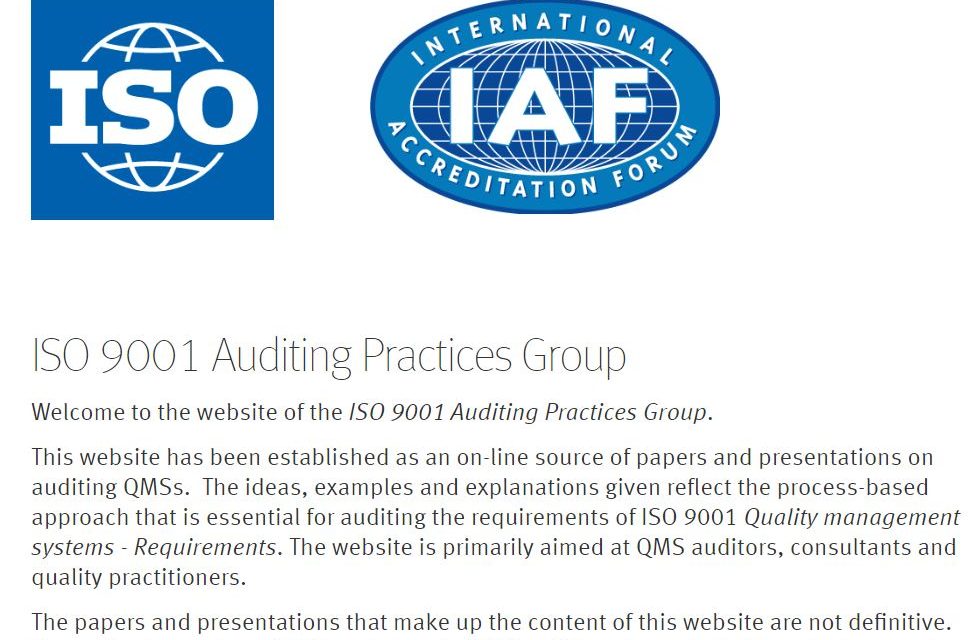 To add some data to what we already know, incoming TC 176/SC2 Chair Paul Simpson posted on LinkedIn that an internal survey revealed nearly half of the certification schemes Certification Bodies (CBs) and Accreditation Bodies (ABs) were unaware of auditing guidelines published by the ISO Auditing Practices Group (APG) and Accreditation Auditing Practices Group (AAPG):

In response, the entire world exhaled audibly in an exhausted expression of deep resignation.

The APG and AAPG are position papers drafted by — well, someone — which then give guidance on how to conduct audits for CBs and ABs. They are non-binding, and one of the laws of physics dictates that no CB or AB will ever volunteer to do anything, so it’s no surprise they are being ignored.

This comes as we just reported those same “rules are for everyone else” CB and AB actors worked to have ISO 19011 stripped as a requirement from the official accreditation rules published in ISO 17021-1. That standard, ISO 19011, sets important rules and definitions for auditing practices, such as how to properly write a nonconformity. Under prior editions of ISO 17021, it was a mandatory normative reference; now it’s only mentioned in passing, as a standard to be used for “internal” audits, not CB audits.

To be fair, the APG documents are largely placebo products anyway, something they hastily threw up on a website and then later can point to when an argument goes south. Uninformed readers would never know that they documents are wholly ignored. I once did have an auditor with the registrar SRI try to write a nonconformity by invoking an APG document, and that was tossed out immediately, since the APG documents are non-binding and have no teeth. At least he heard of them, so I guess that’s a plus.

No one should be surprised that CB auditors ignore everything that might rein in their incompetence. The IAF needs to make the rules mandatory, and then strip away accreditation from any CB that ignores them. Since that will never happen, none of this is surprising.

To which I suggest ISO do a few more surveys of stuff we already know, like finding out how many CB auditors are unaware of the actual accreditation rules such as ISO 17021, or how many AB auditors waste time during witness audits because they are outside in the parking lot smoking cigarettes, or a poll on whether or not water is wet.