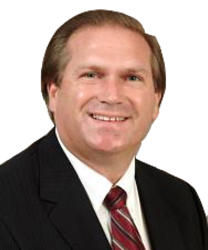 As mentioned earlier, Paul Palmes stepped down as Chair of the US TAG to ISO TC 176 — the group that represents the US for the ISO 9000 family of standards — and was replaced by Alan Daniels from Boeing.

The three prior TAG Chairs — Jack West, Alka Jarvis and Paul Palmes — all refused to provide any vision or mission statement for the TAG. Daniels appears to be breaking the tradition of shady dealings and consultant-led shenanigans, and perhaps smashing the TAG’s pervasive sense that they are answerable to no one. Instead, Daniels has released a comprehensive Mission Statement that lays out a pretty interesting path for the TAG. I’m warm to it, but feel it doesn’t go far enough, as you will see. Already I’m told some older TAG members are pissed, and frankly that’s a good thing.

The Daniels memo starts with a generic overall vision statement:

Already that’s a heavy lift. The current TAG membership is hardly made of world-class quality gurus, but instead a crop of self-interested privateers. In fact, the TAG does no vetting of candidates to check their credentials anyway, but maybe that will change under Daniels. One long-time senior TAG rep has already written to say he was kicked off of the group for failing to meet some unspecified “new requirements,” but the story sounds bogus to me. But maybe something is underway?

It’s also not a “team.” It’s a collection of two small packs of consultant-leaders who fight amongst themselves for dominance, and then a horde of vapid sycophants filling the ranks below them. As the physicist Dr. Bruce Banner once said, they’re not a team, they’re a time bomb.

Daniels then follows up with three separate strategies, each with associated goals. Let’s take these one by one.

Strategy: Create a working together atmosphere that is inclusive and positive.

This one is interesting in that it acknowledges that the TAG must engage with “interested parties,” first of all. That’s new; the TAG has refused input from anyone outside its ranks, going so far as to order members not to speak to anyone outside of the group, and then cutting off communication between members themselves around election time (to prevent write-in candidates from threatening pre-selected winners.) If Daniels is serious, the TAG will have to come to a very new mindset, engaging with the unwashed masses who why their end products.

By invoking a code of conduct (which ostensibly they already have, but ignore), Daniels also tacitly acknowledges that the TAG has suffered under considerable ethical lapses. Palmes was made famous for having padded his resume to get the Chair position. Jarvis rigged the election of Palmes, and was secretly writing a book with him, a fact they kept secret until after his election. Key members like Jack West and Charles Cianfrani have intentionally falsified their membership “interest category” refusing to list themselves as “consultants,” despite the fact that they may be the most famous ISO 9001 consultants on the planet. Denise Robitaille helped the TAG engage in some questionable fundraising, collecting money for an event that never happened, and then never answering questions on where the money went.

Also, having ASQ continue in its role as manager of the group is highly conflicted, but unlikely something Daniels could do anything about. ASQ is tasked with enforcing the ethics rules, but can’t get around to it since the administrator Jennifer Admussen is too busy violating them herself. With ASQ’s new focus on “globalization” rather than representing American interests, there’s also a valid argument to make that ASQ shouldn’t be trusted with this role anymore, anyway. And remember, ASQ is the organization that refuses to enforce its own Code of Ethics, so one can hardly expect it to enforce someone else’s.

Daniels’ next goal is interesting:

Strategy: Manage the TAG like an ISO 9001 organization. “Utilize the standards we are charged with developing.”

Here Daniels is trying to ensure that the TAG eats its own dog food, forcing it to adopt a process approach based on ISO 9001. That’s interesting, but ISO’s TC 176 mothership in Geneva has already pulled this stunt, and they have turned ignoring customers into high art. Also, only adopting the process approach and not the collection of customer satisfaction data may not result in much change. They can set internal KPIs all day long that contradict what consumers want. Also, the idea of assigning process owners could lead to some members becoming more embedded in the TAG and harder to oust later.

But in general, this is a good idea. The fact is that most of the so-called leaders haven’t actually ever worked in an ISO 9001 system, despite going around the world telling everyone else how to do it. Maybe it is time they chowed their own kibble.

Finally, Daniels adds an odd duck into the mix:

Strategy: Develop the next generation of quality professionals and management systems experts

I’m not sure about this one. The TAG is tasked with developing US input on the ISO 9000 family of standards. To try and make it an “incubator” for more quality professionals is way, way out of scope. It also can lead to the Old Boys Club just creating more Old Boys and reinforcing the club mentality. There’s nothing in any TAG 176 charter or mandate that suggests it has any skills in “mentoring” anyone. Furthermore, way back when I joined the TAG some ten years ago, they had a mentor program in place, but never assigned one to me, nor to anyone else. They ignored that, too. So I’m hesitant about this new move.

Also, why do we need “leadership succession plans” if we have, you know, elections? Unless Daniels is hinting that he intends to purge the ranks of the aging, conflicted leaders of yore and replacing them with newer members. I don’t see that as being in Daniels’ personality, though. He’s not a guy likely to be holding a pitchfork and demanding they burn the old mill to destroy the monster.

What’s missing from the Daniels Manifesto are some key elements that probably should be addressed first. First, TAG meetings are largely kabuki theater performance art pieces, a series of presentations by external parties like ANAB, giving updates on outside views of the TAG. They don’t actually do any work at the meetings. That has to stop. I would cease all third-party presentations — PERIOD — and use the events to actually write draft US text. Every time ANAB or QuEST Forum is standing at the podium speaking, the TAG is wasting valuable time and just engaging in pandering. Let those clowns publish press releases like everyone else.

Next, the ranks must be purged (I know I’m repeating myself) of the conflicted consultants. Let them retire (please, God!) and move on with their lives. But they have to go. Proper enforcement of the member categories must take precedence, and be reflected in the leadership. And CB reps, this may mean you, too.

Next, the TAG has to start standing up against ANSI and ASQ, and become “it’s own man.” The power structure is all whacked out now, and has to be restored. But that’s stuff for another article entirely.

But if we look at this as “baby steps first,” then Daniels’ move is welcome and overdue. Until the current crop of conflicted consultants is purged (and, as I said, one is gone already), then they will retain shadow cabinet control and Daniels will be largely impotent. Heck, Daniels may find they start accusing him of treason on YouTube, too!

With the corrupt ASQ managing the day-to-day, this gets even trickier, since they’re in bed with the West/Cianfrani/Hunt/Jarvis/Palmes/Robitaille cabal who must absolutely loathe Daniels. But this is Daniels’ first shot across the bow. Maybe it’s symbolic. Maybe it’s a PR stunt. But maybe not. Maybe Daniels is the leader the TAG needs.

We’ll have to wait to find out. But at least we have some positive movement. 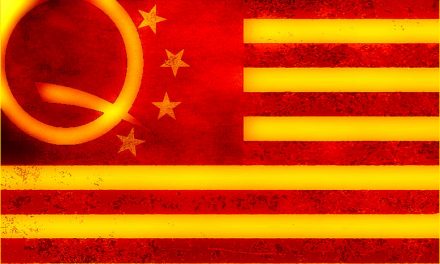 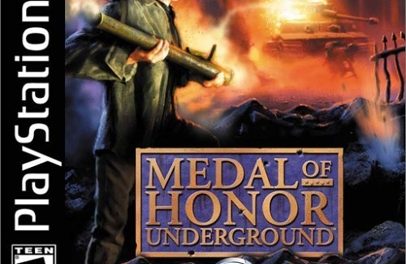 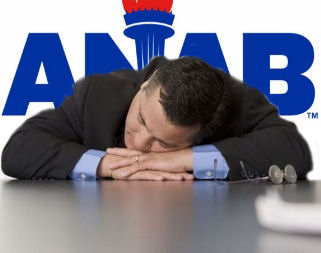