The VP Global Accreditation & Quality for the accreditation body IAS is pissed. Like, really pissed. 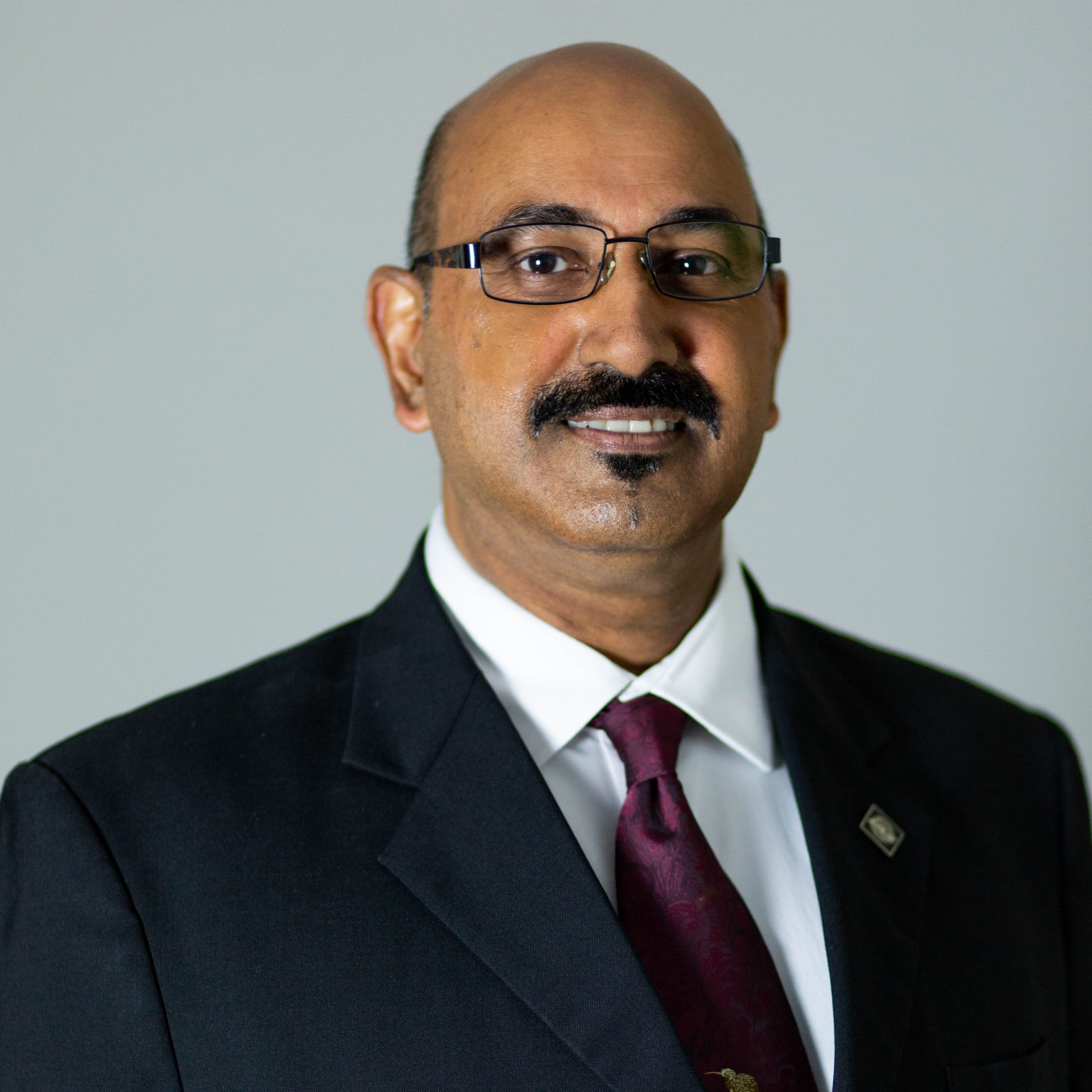 This is because IAS is currently flooded with complaints related to various bodies allegedly accredited by them in India and the Middle East, who are repeatedly being found to have engaged in activities which appear to violation ISO 17021. The evidence is overwhelming, and so far IAS has only escaped consequences because the regional accreditation group APAC is slow-walking the processing of multiple complaints put before them. In short, APAC is their backstop, a useful ally in the perpetuation of the myth that membership in the International Accreditation Forum matters.

But, man, IAS isn’t helping itself.

IAS’ VP, Mohan Sabaratnam, has consistently handled the complaints personally, even after being named in them for his hamfisted and clumsy responses. It was Sabaratnam, remember, who decided that the ISO 17021 accreditation rules don’t apply until after a CB conducts an audit and issues a certificate. That batshit theory would nullify nearly all of the accreditation standard, which has pages and pages of requirements related to activities that must occur before either a certificate is issued, not after.

As I wrote previously, this IAS position also invites their CBs to engage in illegal “bait-and-switch” tactics. For example, IAS is giving a green light for its CBs across the world to low-bid a 3 year audit project at the time of quoting, and then jack up the price after the client has signed the contract, or after the first year’s audit, by saying, “well now the accreditation rules apply, and the price just went up!” That’s going to get someone sued or arrested. (Unlike in the United States, where it is merely a civil complaint, bait-and-switch is criminal in other countries.)

One of the main requirements of the accreditation standards is that CBs openly, transparently and honestly process complaints put before them. They are also prohibited from then harassing the complainant in any way. Sabaratnam doesn’t seem to understand any of these concepts, as he keeps shoving his foot in his mouth by injecting himself into the mess he caused.

First, Sabaratnam responded to the initial complaints with immediate rejections, without due process or thoughtful consideration. That landed him an escalation to APAC. Then, Sabaratnam bungled the escalation, by deciding he would process the original complaint after it was already escalated, and had been ripped out of his hands.

At the same time, we filed additional complaints as new evidence flooded in, and Sabaratnam slow-walked those, too. We filed an amended escalation with APAC — again, taking it out of Sabaratnam’s control entirely — to which Sabaratnam nevertheless responded belatedly anyway. Once an issue is filed with the regional body, that process is supposed to take over, and the CB is supposed to stand down and let the regional body do its job. Sabaratnam doesn’t get that.

More recently, however, Sabaratnam decided it would be a good idea to provide documented evidence of how little he cares about CB rules for objectivity and integrity, and send me this raging email (reprinted in its entirety, so he doesn’t send a dead fish to me):

I have read your article dated October 20, 2019 below and again you have made gross errors un-becoming of your so-called whistle-blower program.

The biggest and most embarrassing error you have made is to state that IAS is an ‘Indian owned accreditation body’. Where did you get that information or did you cook it up to add color to your articles? For your information, IAS is a true blue American accreditation body and a subsidiary of the International Code Council (ICC).

IAS, a member of the ICC Family of Companies, is a nonprofit, public-benefit corporation that has been providing accreditation services since 1975 under the International Conference of Building Officials (ICBO, founded in 1922). ICBO later merged into the ICC effective February 2003 and continues as a non-profit, member-focused association. It is dedicated to developing model codes and standards used in the design, build and compliance process to construct safe, sustainable, affordable and resilient structures. Most U.S. communities and many global markets choose the International Codes published by the ICC. The International Code Council offers technical, educational and informational products and services in support of the International Codes. Services include: code application assistance, Educational and Certification programs, Plan review, etc. IAS ensures that the activities of ICC and its subsidiaries do not compromise the confidentiality, objectivity and impartiality of its accreditations by:

Further, our interpretation of many clauses of  ISO/IEC 17021-1 are clear and succinct but you have chosen to take our previous statements out of context/perspective in your current article. Anyway, IAS has done its due diligence, conducted a number of investigative visits and taken appropriate actions. As far as IAS is concerned, this matter is closed.

Sigh. Isn’t anyone at IAS willing to tell this guy to switch to decaf?

Again, Sabaratnam should have recused himself  long ago in this entire process, but wrote to shut down a complaint that has already been escalated to APAC. Not only can’t Sabaratnam close a complaint that was filed over his head, he certainly can’t do so with any expectation of seriousness if he does it at the end of an email in which he mercilessly attacks the complainant.

In the very same email where he brags about having “separate management” and “no possibility for influencing accreditations,” Sabaratnam exhibits his utter contempt for those concepts!

This is not how accreditation bodies are supposed to comport themselves. Heck, your local Starbucks barista would get fired for this shit.

An aside: Sabaratnam seems to mostly be concerned about distancing IAS from its Indian origins. We can debate the merits of that argument (maybe it’s a good idea, in a racist USA? Maybe he’s pandering to those racists by trying to hide IAS’ history? Smarter minds than mine will have to debate that one.) But the fact is that IAS and ICC were founded by Chuck Ramani, who is from New Delhi. That’s the city in India, which isn’t in the United States.

Sabaratnam is trying to niggle these details. Technically, Ramani doesn’t “own” the company anymore, as it’s owned by another corporation. OK, fair point, he can have that one. But the company is staffed by Indians, managed by Indians,  and markets itself largely to Indian clients or CBs in the Middle East that use low-paid Indian auditors. There is nothing wrong with any of that, so I’m not sure why Sabaratnam takes offense. I’m just pointing out their truth.

If he wants to get pissy, though, maybe he should consider this. By empowering CBs who gain market share by using low-paid Indian laborers as auditors, IAS is doing more damage to the Indian reputation and workforce than anyone claiming “IAS is Indian-owned.” It really sucks that Indian auditors get paid a pittance and then companies like IAS and their CBs exploit them with this horrendous practice. Want the moral high ground, Mr. Sabaratnam? Maybe work to ensure that Indian auditors get paid more, not less.

I’m just going to ignore his inane explanation of why “IAS” sounds so much like “IAF.” Whatever.

If IAS wanted to have any credibility in the marketplace, Sabaratnam is working hard to make sure that can’t happen. He should be responding to complaints with sober, detached calm, and not raging on his keyboard like a lunatic.

Better yet, he really, really ought to shut up and let the adults take over.

It’s now almost exactly six months since APAC has had the complaint in their hands, and they’ve done nothing to date. So things are still looking good for Sabaratnam, since APAC is likely to reward his Godfather-style tactics, so long as he keeps paying his dues. APAC promises an answer by the end of this month, so we will see. Frankly, it’s just a game to see how APAC will twist itself in knots to protect IAS, but it should be fun to watch.