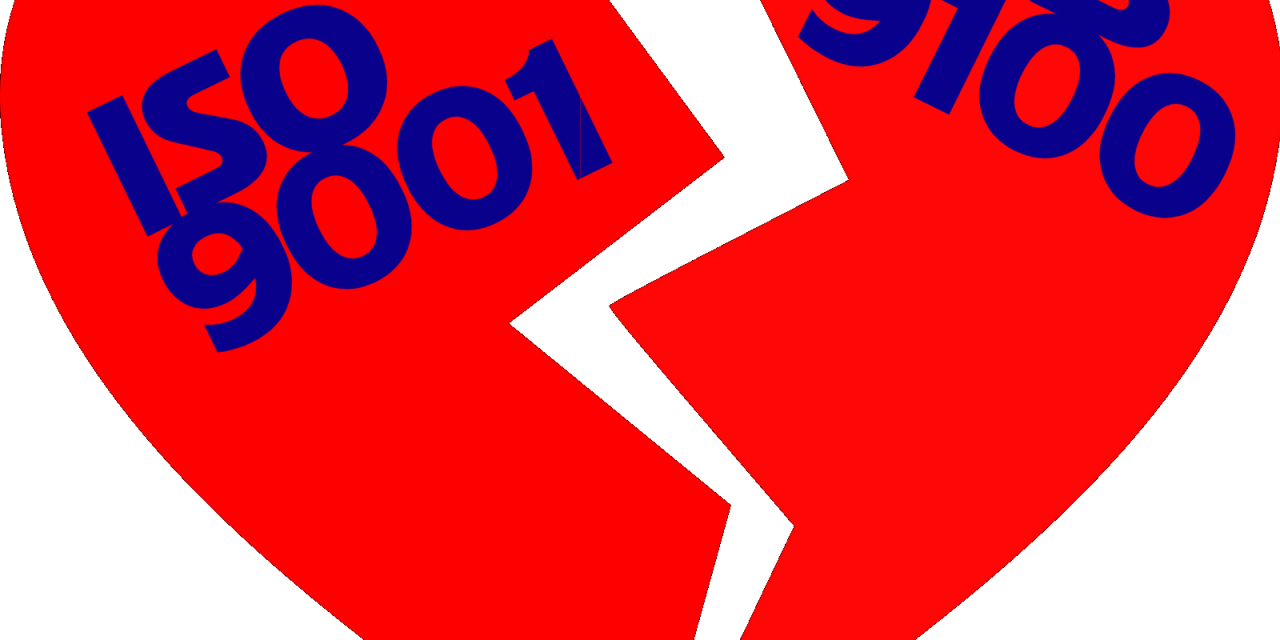 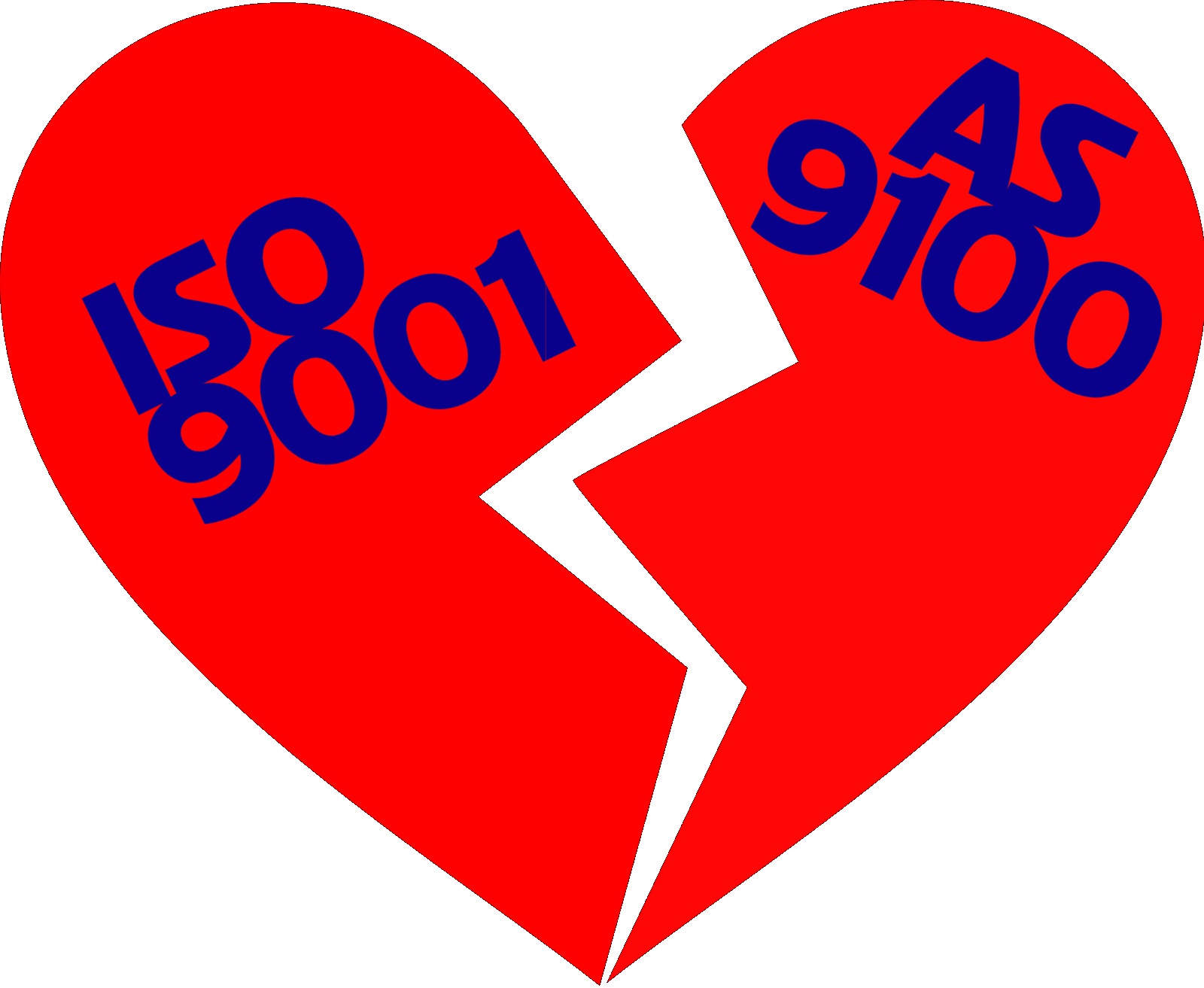 One of the benefits of having an industry-variant standard like AS9100 being built on top of ISO 9001 was that undergoing an audit for the variant automatically landed the company a simultaneous ISO 9001 audit as well. Companies that got certified to AS9100, for example, automatically got ISO 9001, too.

A new move by IAQG will break that benefit for some companies, though. IAQG has ruled that if a company’s ISO 9001 scope is different than its AS9100 scope, then two certificates cannot be issued at the same time, and the company will have to undergo two entirely separate audits.  That’s bad news for any company whose scopes are different. The only good news here is that companies with different scopes are rare, so this shouldn’t affect many companies.

To get around this, companies will have to ensure that the scope statements for both their AS9100 aerospace QMS and their “generic” ISO 9001 QMS are identical. This can be done with some easy wordsmithing, in most cases. For example, if your current ISO 9001 scope has language in it that clearly doesn’t belong in the aerospace industry (“design and manufacture of baby bottles”) then you may want to relax that scope statement to something that can be interpreted more broadly (“design and development of plastic parts”) and won’t trip any flags with AS9100.

In some cases, though, you may want to have two specific and different scopes, or you may have to based on customer demands. In that case, prepare to double the number of checks you’ll be writing to your CB, because you’ll be undergoing separate audit events: one for ISO 9001, and then another for AS9100.

This applies to geography, too. You will have to have the same scope for all facilities and addresses; if you have one address that does aerospace, and another that does pure commercial work, you’ll have to apply AS9100 to the commercial site or split (and double) your audits.

What’s not yet clear is whether a CB can “share” information from the ISO 9001 audit and thus reduce the days for the AS9100 audit. I suspect, however, that such an arrangement will cause problems and be discouraged by IAQG. That means common elements of ISO 9001 and AS9100 will get audited separately.

This rule, IAQG promises, will be incorporated into the next edition of AS9104/1, where such things normally reside.

Frankly, this makes a lot of sense, as irritating as it will be to user organizations, and for CBs trying to keep clients. You really shouldn’t be getting an AS9100 cert for a portion of your QMS that has nothing to do with aerospace. But that’s probably not much consolation, I know.

In another rule change, IAQG announced that a CB can perform remote auditing via “Information and Communication Technology” (via virtual internet-based virtual meetings, for example) without prior approval of their Accreditation Body. That could be a benefit, or it might worsen the problem of drive-by audits, meaning auditors won’t even have to show up at clients in some cases. So far we haven’t seen any abuse of ICT, so fingers crossed that it remains that way.