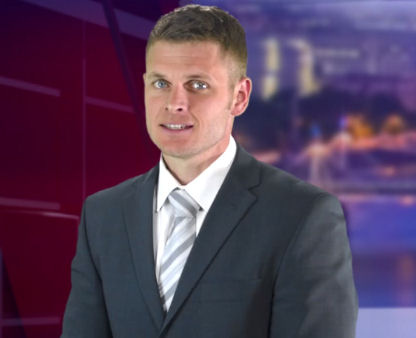 Haven’t seen a surrealist, fake news video complete with what appears to be a lizard dressed in human skin with the accent of an Irish serial killer pretending to be a newsman as he promotes a self-accredited ISO registrar that issues fake certificates to anyone willing to pay? Well today’s your lucky day.

I don’t care if you’re feeding your baby, saving a drowning grandmother, or balancing yourself on a ladder while you try to fix an exposed electrical cable. Stop it right now and view this new promotional video from Daryl Guberman and walking clogged artery factory Donald LaBelle, made to promote their self-accredited certificate mill G-PMC Registrars. Click this image, and strap yourself down: 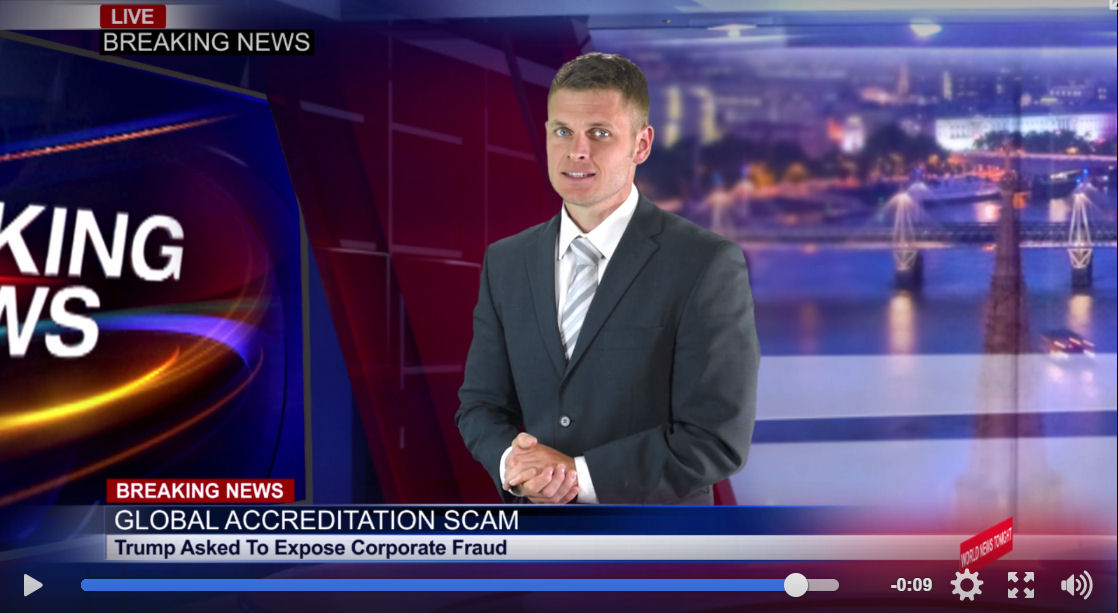 Newsman “Seth Elliott” promoting G-PMC right before feasting on the flesh of the innocent.

The video is an amazing bit of work, and considering how much they must have spent on it, a shocking waste of money. It’s also astonishing that Guberman and LaBelle think anyone would fall for the clearly fictional, Daliesque video which purports to be a “live” news report about to show the two idiots meeting Donald Trump. An actress literally says, “this does not appear to be a publicity stunt” reading from the script for the — ahem — publicity stunt. Of course, Trump doesn’t appear, nor do “Gruberman” (as one of the actors mispronounces it) or LaBelle. The video ends with no explanation as to why there was just a “breaking news” announcement for something that doesn’t actually happen.

It’s filled to the peepholes with veiled insults at ANAB, IAF and even Lockheed Martin, who Guberman has been harassing like mad lately. It’s not clear how Guberman thinks he can continue to poke a finger in the eye of a Goliath like Lockheed before they just crush him, but for now he’s so insignificant as to be beneath their notice.

The only thing more frightening than knowing that Guberman really believes people are stupid enough to be taken in by his fake video is the absolutely terrifying performance by the actor playing the news anchor “Seth Elliott,” who appears to have just eaten an entire family, starting with the children and the poodle. Hollywood needs to snatch this actor up immediately, and put him in the next Human Centipede film, stat. 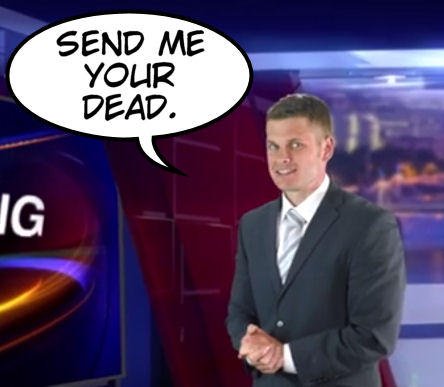 As you likely know, Guberman and LaBelle sell self-accredited ISO certificates for just about anything, including aerospace components, handguns, medical marijuana testing labs, food safety inspections, and volcano virgin verification services. OK, that last one they haven’t done yet, but it’s just about as feasible as the others. Guberman, who is now running for US Senate presumably so he can move to Washington before Connecticut burns him as a witch, lost a job as a quality inspector for a plastics company and then met LaBelle, who operates a “paid press release service,” similar to the old “Who’s Who” scams. LaBelle promoted Guberman as an award-winning ISO consultant, for an award that doesn’t exist, and has since inundated the “press release underground” with fake stories touting Guberman’s expertise in basically everything.

Guberman has hired LaBelle as his “campaign manager,” which is sure to make his candidacy even more exciting. As in “let’s watch that train filled with kerosene crash into that other train filled with nitroglycerin” exciting. They appear to have no idea that the more famous they try to make themselves, the more rational people — and reporters — are going to start investigating their batshit insane claims and potentially fraudulent practices.

It’s not a fact, but what seems to be at play here is that LaBelle is taking advantage of Guberman, who is simply too stupid to know what’s going on. LaBelle operates the press release / media company IndustrialPR.net, and thus is the one with all the connections to low-paid actors and greenscreen studios with which to make horrible videos like these. He puts Guberman up, front and center, and I’d bet Guberman is the one dumb enough to be fronting all the costs. LaBelle has his hands in Guberman’s various businesses, too, no doubt drawing funds from G-PMC, ABAC, Kosher9009 and all the rest while Guberman’s only reward is appearing to be something he’s not: a serious Senate candidate, a serious ISO consultant, a serious “business tycoon,” etc. Guberman is paid only through inflation of ego, and meanwhile doesn’t seem to realize it’s LaBelle who’s ripping him off blind, not ANAB or Lockheed Martin. This weird power dynamic was on full display when LaBelle and Guberman made one of their unhinged “speaker phone” calls to me, shouting more at each other than at me, and where — at one point — as the two tried to shout over each other, LaBelle was heard screaming “shut up, Daryl!” and Guberman, dutifully, did just that. You almost feel sorry for the little troll. Almost.

The two have paired up with Elsmar’s “John Peachfarm” to defame Oxebridge, and are now under a whole new level of scrutiny since they began threatening and harassing friends and family. They have filed 40 – 50 fraudulent DMCA copyright notices in an attempt to have the site shut down, even going so far as to impersonate themselves as copyright attorneys for people who’ve never met them.  They were caught using the photo of a dead co-worker of Guberman, and only removed it after Oxebridge notified the deceased man’s family, who were horrified. The two made what sounded like a drunken, or drug-fueled, set of harassing calls and texts to me recently, which resulted in the filing of police report in Massachusetts. Then there was that obscene Donald Duck voice mail.

The efforts of Guberman, LaBelle and “Peachfarm” shine light on the serious problem facing the quality assurance profession: in that it’s populated by absolutely insane lunatics pretending to be something they aren’t.

I’m not sure about hiring them for fake ISO 9001 certifications, but if you want someone slowly killed and then roasted in their own juices, ask Guberman to get the phone number of that “Seth Elliott” actor. Shudder.