The unaccredited risk management certification body G31000 is continuing to promote in-person events in Dubai, Saudi Arabia, South African and other venues, despite national travel restrictions and rules against public gatherings in those areas due to the coronavirus pandemic.

The group is still selling tickets for an upcoming April 5th event in Dammam Saudi Arabia and multiple April events in Dubai UAE, even as those countries are imposing visa restrictions and other coronavirus-related limitations. Saudi Arabia has stopped all international flights into the country, and UAE has stopped issuing travel visas.

Despite this, G31000 founder Alex Dali continues to market his events and collect money from those who buy tickets, and — ironically — fails to address the “risks” associated with such events. It is unlikely that Dali or his trainers will be able to appear, but no formal notice has been given on the G31000 site, nor information on how refunds will be processed.

The G31000 group has been criticized for developing a “risk management certification by mail” scheme in which users pay a fee in exchange for a easy-to-pass class that gives them a professional risk management certification. The original developers of the scheme broke with Dali in G31000’s early days after Dali demanded a reduction in the difficulty of the course materials, to ensure more people passed. They claimed that Dali felt if people failed the course, his certifications would be less popular.

Dali plagiarized the majority of his claimed published articles on risk management, and then unsuccessfully tried to sue Oxebridge for its reporting, even as more evidence of his plagiarism emerged. The Dubai national police pulled their support of Dali and G31000 events when they learned that Dali has an open warrant for his arrest in Singapore.

Dali posed as a woman on LinkedIn in order to attract males to his events. Pretending to write as “Madeleine LeBlanc,” Oxebridge discovered Dali was using photos of an eyebrow model and was personally managing the fake account. Attendees reported that when they asked where LeBlanc was, Dali would make excuses for her absence. 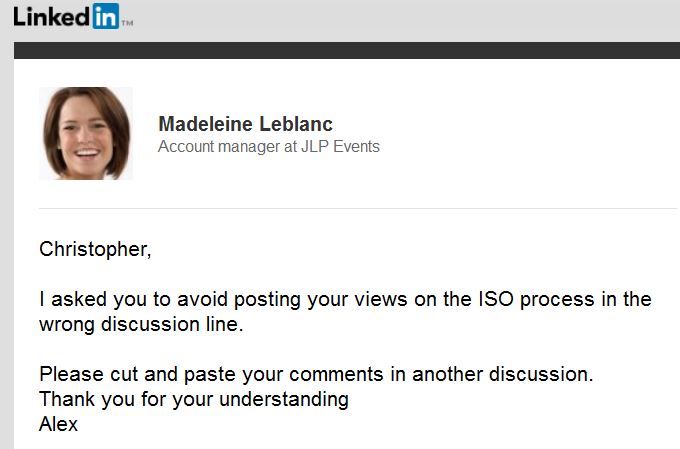 The G31000 group routinely claims endorsements from organizations that have never endorsed it, such as the United Nations, KPMG and the Bill and Melinda Gates Foundation. In cases where organizations have requested that Dali stop using their names in his promotions, Dali has refused.

Dali once publicized the test results of a G31000 course recipient who was late in paying the bill for the course, in violation of confidentiality norms.

Rather than paying its keynote speakers, G31000 instead charges them $10,000 per appearance.

Dali has now partnered with Alexei Sidorenko of Russia and Ben Burger of South Africa to market his unaccredited certifications. The two claim professional credentials which appear to have been granted by Dali himself. Sidorenko and Burger represent the latest rotating crop of supporters, as previous leaders consistently resign, often accusing Dali of having stolen money from them.

Sidorenko has called Oxebridge’s reporting “bullshit,” and openly insulted prior G31000 leaders who left the organization. When Peter Blokland split from the group, Sidorenko sneered, “Peter is exactly where he needs to be, if anything, I wish it happened sooner.”

Despite the seemingly endless scandals, Dali and G31000 have received the support and promotion of ASQ member and CERM Academy founder Greg Hutchins, as well as former US TAG to TC 176 Chair Paul Palmes.