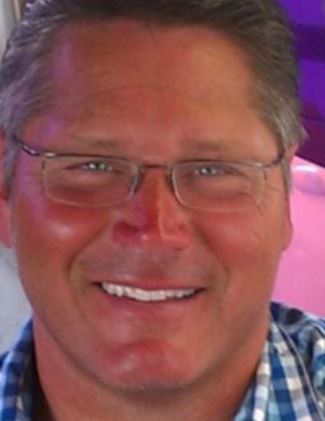 Oxebridge has filed a high-level complaint against the aerospace industry auditor certification body Probitas Authentication, a division of SAE. The filing alleges failings by Probitas’ Director, Rich DeMary, in processing a a prior complaint against an AS9100 Lead Auditor certified by that organization. The new complaint was filed with the Registration Management Committee (RMC) of the Americas Aerospace Quality Group (AAQG).

The original complaint alleged the auditor had falsified his employment history and experience in the aerospace industry, among other concerns. On LinkedIn, the auditor claimed to be the “Director of Quality and Engineering” at an aerospace company that was since purchased by PCC Aerostructures; he claimed that his employment spanned over 9 years at the company, and that he was currently employed by them. The claim rang false since the auditor claimed to live in Florida while the company in question was located in Seattle.

PCC Aerostructures confirmed that while the auditor had only worked for the prior division, it was only until 2013, or only three years, and was not a current employee at all. They did not confirm that he ever held the title of “Director.” When confronted on LinkedIn, the auditor snapped that he “didn’t work for anybody” — an apparently admission that he was currently unemployed, despite the claims made on LinkedIn.

At the time, Probitas published a Code of Conduct for its auditors which prohibits them from making intentionally false or misleading statement in the exercise of their work. Specifically, this read:

As a condition for initial and continued certification, auditors are bound to act in accordance to the following Code of Conduct… I will not intentionally communicate false or misleading information.

Oxebridge argued that by falsely exaggerating his work experience on LinkedIn — which clients may reference when selecting AS9100 auditors — this violated that Code.

Mr. DeMary processed the complaint but responded only with largely informal emails to Oxebridge, closing the complaint without evidence. DeMary argued that LinkedIn information was not relevant, and that only information provided by the auditor at the time of Probitas application had to be truthful. DeMary refused to explain why Probitas has a Code of Conduct addressing auditor behavior if Probitas only verified truthful statements before an auditor becomes certified.

DeMary refused to contact either the HR Director at the aerospace company to verify the evidence provided in the complaint, even though this information was provided to him. This prompted Oxebridge to escalate the issue to the RMC.

In a bizarre move, Probitas has since removed its Code of Conduct entirely. The link to the PDF is still available via the Internet Archive cache of the company’s website, or may be downloaded here. It is understood that auditor contracts still require compliance with the Code, however, even if it no longer exists.

(CORRECTION 15 November 2019: the Code of Conduct still remains referenced on an alternate page for “auditor resources,” and the PDF still appears available for download.)

Since the filing of the complaint, the auditor in question has removed the references to the PCC Aerostructures employment on his LinkedIn account.

In a troubling new development, however, the RMC appears unwilling to process the escalated issue at all. Representatives of the RMC first ignored formal requests for information on the point of contact for filing the complaint, and has since not responded to the formal complaint at all. The RMC does maintain procedures for processing such complaints, but so far does not seem intent on even acknowledging the Oxebridge filing.

Those contacted at RMC were Darrell Taylor (Raytheon) and Susie Neal (UTC), both of whom are thought to be either current or former RMC Chairs. The RMC’s procedures require the Chair to process complaints against Probitas. Other representatives of SAE, AAQG and IAQG were also contacted, all of whom have failed to respond.

Probitas continues to certify the auditor who was found giving official industry training presentations on how aerospace auditors could use “neurolinguistic programming” to hypnotize AS9100 clients during audits, without their knowledge or permission, making them more susceptible to auditor suggestions. The RMC refused to denounce this practice after it was reported.

Probitas also continues to certify a number of auditors who were later found to have missed or ignored major nonconformities at a number of large aerospace providers, after the US Dept. of Defense conducted independent AS9100 audits of its own. In those cases DoD found dozens of major AS9100 nonconformities in four companies which continued to receive certification even after DoD’s reports were published.

Oxebridge is currently investigating an AS9100 auditor bribery scandal affecting clients in California, Nevada and Texas.

Oxebridge has argued that the aerospace industry has been plagued with scandals involving AS9100 certified firms who are later found to be engaged in criminal activities or hiding potentially lethal nonconformities, but who nevertheless receive AS9100 certificates after audits conducted by Probitas, IRCA, APMG or Exemplar certified auditors.

SAE and IAQG are attempting to have various US government agencies, including the FAA, rely on AS9100 and related certifications as a means of replacing government certifications. Oxebridge is arguing the scheme is currently too rife with waste, fraud and abuse to allow such plans to proceed. Oxebridge is preparing two whistleblower reports for DoD and FAA respectively, outlining failures and corruption within the AS9100 scheme. It has already provided prior such reports to the agencies, and spoken directly with related Inspectors General.