Despite facing a “landmark” international lawsuit from victims of a 2016 environmental disaster, the Formosa Ha Tinh Steel Company was granted an ISO 9001 certificate attesting to the company’s quality management system. The company was found responsible for illegal dumping of chemical waste into the ocean, resulting in the death of huge quantities of marine life, which then affected the region’s fishing industry. 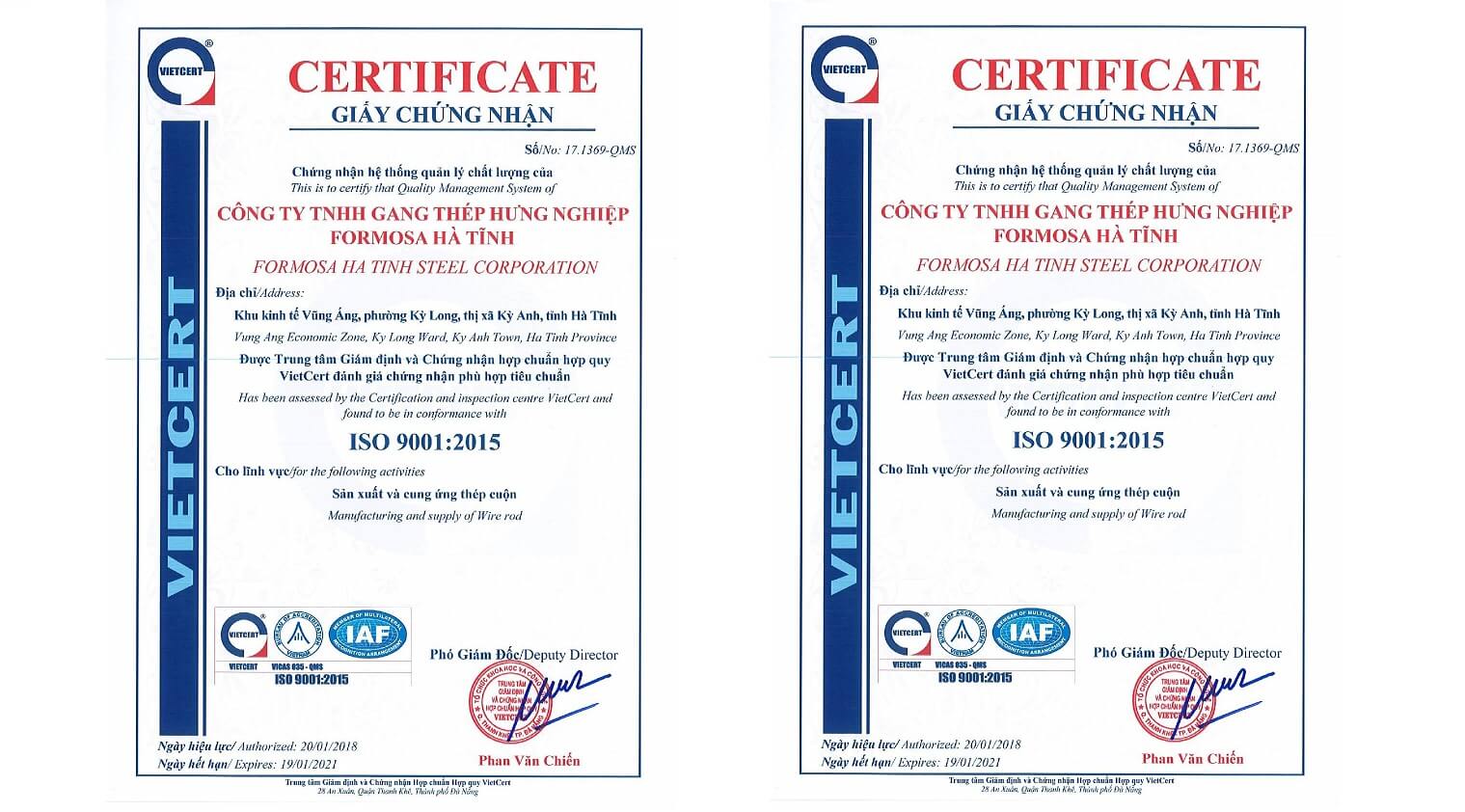 The certificate appears to have been issued in 2018, after the disaster for which the Taiwanese parent company Formosa Plastic Group paid over $500 million in compensation to the Vietnamese government for cleanup operations. It is not clear if the company held ISO 9001 certification before and during the disaster.

The certificates were issued by VietCert and signed by Phan Văn Chien, and then accredited by the Bureau of Accreditation, an IAF signatory.

The IAF continues to ignore serious concerns over how its signatory Accreditation Bodies and, by extension, the certification bodies, reward companies involved in scandals, disasters and crimes with ISO certifications that then allow the companies to gain access to additional bidding opportunities.