CMMC 2.0: Key Takeaways and a Call for Rational Calm 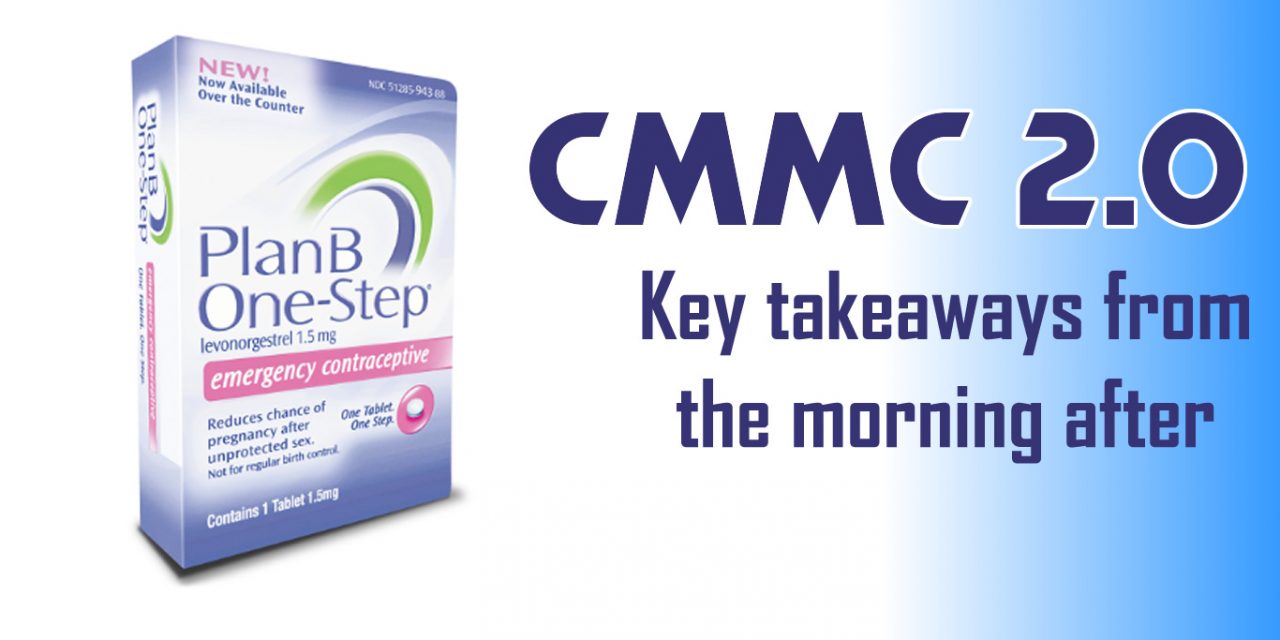 Yesterday’s “CMMC 2.0” announcement — forced early, due to someone publishing the DoD’s advisory too soon — has caused a lot of chaos. Folks need to let the dust settle, and grab a few takeaways.

The CMMC 2.0 is still being revealed, unpeeled, and unboxed. No one fully understands it yet. Anyone saying otherwise is lying. Consume “analysis” postings and reports with caution.

If someone is presenting themselves as an expert, they are lying.

There is one more seismic shift coming: the transition of CMMC from management by OUSD A&S to the DoD Office of the CIO. This will negate the contract between OUSD A&S and the CMMC-AB, and will push an entirely new rulemaking effort in place. Anything being said by the OUSD office right now is “lame duck” and will not reflect the true, final form of CMMC. This includes their FAQ page and yesterday’s content.

CMMC will see another big change (call it 3.0?) after CIO takes over.

Tens of millions of dollars have been burned up by companies responding to press releases, empty threats, and false marketing. Class action suits are likely. And yet, much of this could have been avoided.

Consistently, the critics of CMMC have been proven right, over and over:

And we provided solutions. White papers were published, videos were posted, articles written, consulting provided to both DoD and CMMC-AB. We weren’t just griping.

But critics have been starved of any oxygen by press releases, a deeply conflicted program head, CMMC-AB falsehoods, and an aggressive consultant class that was invented overnight, and is loyal to their masters. These folks, in contrast, have been proven wrong time and time again:

But look at the track record: the consultant class cannot be trusted, since they only have their financial interests in mind.

Instead, you must get a balance of information. Listen to critics, understand all sides, and absorb objective information. Question the motives of everyone you listen to. Be skeptical.

The CMMC rollout has been a masterclass in two things: cult behavior and a psychological condition known as “irrational escalation of commitment.” The latter (also called “sunk cost fallacy“) manifests when someone has spent so much money and effort on a thing, when that thing is proven to have been wasteful, they double-down and continue to commit to it anyway. These people find they are unable to recognize their losses, because acknowledging they have made a mistake is emotionally worse than going bankrupt.

The only true requirements right now are NIST 800-171, and only if you handle CUI. You should be working on complying with that. Do not let CMMC confuse you, or take you away from those efforts. Don’t conflate CMMC with the NIST controls, either. They are not the same thing. CMMC may be based on NIST, but it will only complicate matters. Go to the source material — the NIST documents themselves — and work from that.

Overall, CMMC 2.0 is a step in the right direction.. but it’s not the last step.