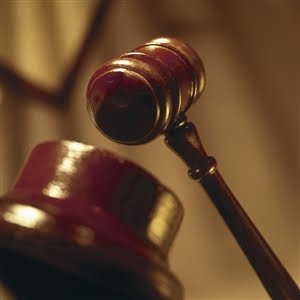 In a somewhat random bit of convergence, certificate mill operator Daryl Guberman has, it seems, accidentally thrust a number of the leaders of the US TAG to TC 176 into a legal mess that — wait for it — only I can extricate them from. Sounds impossible? Let’s walk through this slowly.

In apparent response, Guberman and LaBelle started defaming me and Oxebridge on their various websites,LinkedIn and Facebook; he posted over 50 anti-Oxebridge posts in just one day. Guberman in particular was one of the people insisting that I had “shut down” the Elsmar.com site, which — if anyone is paying attention — is running along happily right as we speak. (All of you who sent threats and hate mail accusing Oxebridge of shutting down Elsmar can send your apologies to me at the same email address; better yet, just post them on Elsmar.) Guberman and LaBelle have made multiple public statements that Oxebridge is an “offshore” company, ignoring the fact that Oxebridge is registered in Florida and — global warming not withstanding — Florida is still on this side of the shore. Ignoring all cease and desist notices, Guberman and LaBelle then began harassing my web hosting company with a torrent of frivolous Digital Millennium Copyright Act (DMCA) notices, claiming they owned the copyright to various images and content on my site, even the things I created with my own hand.

All of the DMCA notices have been, to date, dismissed as frivolous, and Guberman and LaBelle were warned that it it against the law to knowingly file fraudulent DMCA notices. That didn’t stop them. They then began searching for images on the Oxebridge site of random people, and sent in DMCA notices claiming — under penalty of perjury! — that they represented these people, and were acting as the copyright holder of the photos. They demanded my web host shut down my website.

Who did they claim to represent? The various US TAG 176 leaders that we’ve written about for years, including Alka Jarvis, Jack West, Paul Palmes, Denise Robitaille, Charles Cianfrani and a handful of lesser-known functionaries. Remember, DMCA notices require one to sign that the statements are true under penalty of perjury. After being reminded of this fact, and told that claiming to be the legal representative of third parties without their consent is also illegal (akin to impersonating someone’s lawyer), Guberman and LaBelle persisted. They sent additional DMCA notices to my attorney, each with the statement:

Christopher Paris-Oxebridge.com who is your client, insists on stealing copy-written material from individuals I represent. We have permission to represent them and the DCMA’s are legitimate and legal. Please look at them and I am sure you will concur they are legitimate and truthful and pirated material.  Please be assured that if this goes to court – the penalties for use of copy-written material can be severe as you know. I look forward to hearing from you.

So that’s where it gets weird. Guberman and LaBelle have claimed, in multiple filings, each signed under penalty of perjury, that they are the legal representatives of the US TAG leaders. Not only that, they are threatening legal action on their behalf. This means they are usurping power of attorney for Jack West and his gang. Suffice it to say, it’s illegal to represent yourself as someone’s legal representative when you’re not.

Consider this:  in two cases, Guberman and LaBelle claimed artwork that I had created myself was in violation of copyright, and that they were representing the original creator of the artwork; this means they were claiming I hired them to file a DMCA notice against myself. I am pretty sure I never hired Daryl Guberman as my lawyer, but I am more than willing to pay him five bucks to mow my lawn.

This puts Jarvis and West and Palmes and the others in a very strange position. Right now, my attorney and the hosting company both have, in their possession, legal documents signed by Guberman and LaBelle claiming they represent the TAG leaders and others. Because this is the only evidence we have, everyone must act on that information until someone debunks it. So I’ve reached out to the TAG leaders and have asked them to provide a statement saying that, no, they’ve never heard of Guberman or LaBelle, and never authorized them to act on their behalf. So far, the TAG leaders haven’t responded, but they are probably talking to their own attorneys, since this whole situation is so crazy. What this means, then, is that I am now in the position of defending the same US TAG leaders that I have criticized on this site. It’s a job I’m totally fine with, since they truly are victims in this, but it must make them pretty uncomfortable. The alternative is that they all get painted as colluding with a self-accredited certificate mill operator in the filing of illegal DMCA notices.

It is within the realm of possibility that the TAG leaders did, in fact, grant Guberman and LaBelle power of attorney; but it’s so far on the fringe of possibility, I can’t imagine it being true. They certainly don’t like me, but to think that over the course of a few days every single one of them approached Guberman and asked him to represent them, individually, in various DMCA takedowns, is stretching it.

But what appears to be happening so far is that the TAG folks are just ignoring this, probably resistant to get involved in anything having to do with either Guberman or myself. They don’t seem to realize that Guberman has just shoved them into an oncoming truckload of legal headaches which they will have to respond to, in one way or another. If they don’t come forward as having not granted power of attorney to Guberman or LaBelle, they run the risk of, at best, being deposed as witnesses or, at worst, being named as defendants in some future case. As much as I hate the corrupt way they’ve run the TAG, they don’t deserve to be dragged into Guberman’s temper tantrums and needlessly burn up tens of thousands of dollars.

If you’re as frustrated by this as I am, or if you’re entertained by it all, consider donating to the ISO 9001 Users Legal Defense Fund, which is used to help fight against this sort of thing. The fact that the money might be going to help defend the same TAG leaders I’m trying out oust is an irony that’s not lost on me.