CERM Academy, VUCA, The Future of Quality and A Really Risky Drug Trip 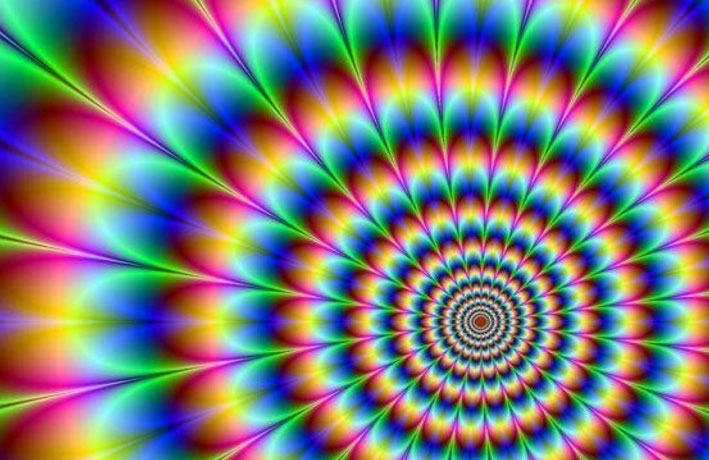 So I’ve been through Greg Hutchins’ Youtube video of the “The Future of Quality: Risk” as part of CERM Risk Insights Newsletter # 43, and it deserves some comment. Suffice to say, it’s like a weird drug trip, where everyone is insisting there are multicolored ghosts hovering on the ceiling. Here it is, if you want to mainline.

Mr. Hutchins says the video has gone viral. That’s a shame, since it’s filled with baseless opinion and factual errors. Now, there are lots of charts… but just none that make any sense, if you can look past the shiny colors and curvy lines. This seems to be par for the course on any material pumped out by those pushing risk management these days, and especially those selling risk certifications to would-be instant professionals.

First, the presentation makes the claim that “ISO 31000 will be a reference in management system standards in the future.” This is untrue, and if the CD of ISO 9001 is any indication, there is actually an attempt to PREVENT 31000 from being specifically referenced.

Next, the presentation cites Moore’s Law as a fact — it’s not, it’s an industry GOAL that is not based on any science whatsoever, and merely a target for industries to meet. If Intel fails to meet Moore’s law, exactly NOTHING happens to the fabric of the universe, vs.. say… if they broke the speed of light. Worse still, Moore’s Law is then somehow morphed into a factual metric on the growth of “computer information” within the computer engineering field, and how it’s growing too fast for our college graduates to absorb. There’s so much wrong with that, I can’t even wrap my head around it.

And once again, the presentation joins in on the new risk meme that risks can be positive, and it literally discusses “mitigating opportunity.” Tear your dictionaries in half, Orwell’s Newspeak has arrived. Those Lepers Had It Lucky

Then there’s “VUCA” — a term designed to evacuate your bowels in fear by defining our era as one of Volatility, Uncertainty, Complexity and Ambiguity. (It’s almost a self-unaware parody of FUD.) In short, you are living in the worst possible era of all human existence, and it’s a wonder any of us survive our pancakes in the morning. It’s the typical thing we hear from those selling ISO’s brand of risk management, and it relies on a willful ignorance of the entirety of human history.

It’s a point echoed in another CERM Inights piece by Geary Sikich, who not only claims we are existing in the “Era of Uncertainty” but that — get ready — “Common sense dictates that reliance on the record of the past (history) as a tool to forecast the future is not very useful.” Not only does this put the famous George Santanaya quote on its ear, he claims the reversal as “common sense.” This is the hallmark of a conversation with a risk-seller: everything you knew was wrong, including that bit about gravity pulling downward. And if you don’t accept this revisionist counterhistory, as risk-seller Peter Blokland says, you are a “flat-earther.”

According to today’s risk-sellers, like Knight, Hutchins, Dali and Sikich, the slaves dragged from Africa and put on boats to cross to the New World had less risk than we do. The early homo sapiens surviving the Ice Age had less risk. The Dark Ages, the Black Death, World War I, World War II, the Cold War, the moon shots, the Holocaust — all were less risk-laden than the current times. The poor Chairman of the Board of GM has more risk to deal with than thousands of women facing forced genital mutilation in Somalia.

As always, the risk-seller presents a gloomy set of anecdotes to prove the End Days are Nigh. In this case, Mr. Hutchins discusses (naturally) the BP oil spill, along with other selected disasters. The BP quote is interesting, as Mr. Hutchins claims that the oil spill was an outlier, because “BP is one of the best known companies in the world for safety” — except that’s utterly untrue. A BP explosion in Texas in 2005 killed 15 people and injured 180. In 2007 BP spilled 200,000 gallons of oil in Alaska.

According to the Center for Public Integrity, in the last three years, BP refineries in Ohio and Texas have accounted for 97 percent of the “egregious, willful” violations handed out by the Occupational Safety and Health Administration (OSHA). (Source) But, as Mr. Sikich says, history is meaningless, especially when you are trying to rewrite it to suit your argument.

These type of straw man arguments are piled so high, it’s like the Wicker Man mated with Burning Man. It’s as if Three Mile Island, Chernobyl or the Chicago Fire never happened, because they pre-dated this risk frenzy. This is selective history at work, cherrypicking the emotion-triggering anecdotes that will best win over your audience, in the absence of facts and truth.

Drinking game: take a shot every time Mr. Hutchins says “these days” and see if you can remain sober by slide 30.

Scratching the surface, though, one smells more than a whiff of neo-libertarianism or anarcho-capitalism at play. Maybe it was Mr. Hutchins’ concern over silver prices, or his jabs at “governments that don’t balance their budgets” or his concerns over disruption “in the family.” There is a lot of political subtext here, and will no doubt appeal to those on the fringes who like that sort of thing. There’s even some creative, pro-entrepreneur interpretation of Joseph Schumpeter to align him with Clayton Christensen (who knew Harvard was breeding Marxists?)

Libertarianism relies on the deconstruction of the current fabric in order to posit its alternative, which cannot survive without the preliminary deconstruction. It’s virtually the exact playbook for this new crop of risk-sellers. Could the rise in mainstream libertarianism be the reason Google hits on “risk management” have been increasing? Well, it’s as plausible a theory as the ones presented by Mr. Hutchins. Using such a metric as a guidepost, we shouldn’t be adopting risk management, we should be employing Justin Bieber songs into our management systems.

And of course the whole thing ends with a sales plug for their Certified Enterprise Risk Manager certification that you can buy. You saw that coming.

Risk managers, overcaffeinated by the sudden attention given to them by ISO, are overdoing it. We’re not that dumb. Well, some of us are, and I am sure CERM Academy and G31000 will make a lot of money selling certificates to people by scaring the pants off of them. But it won’t reduce risk, it won’t save lives, it won’t stop the next oil spill, and will just put money in some folks’ pockets.