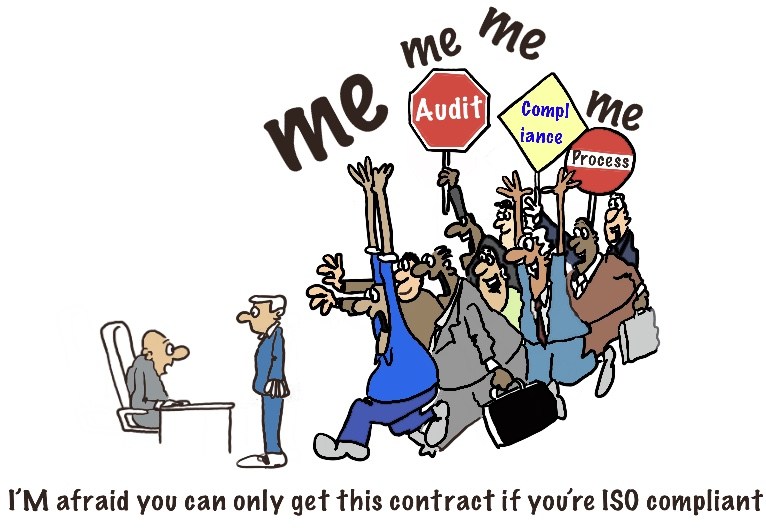 File this in the “Someone Other Than Oxebridge Said It” department. UK nuclear consultant and professional cartoonist Martin Wakeman has published a series of cartoons slamming ISO for developing vague and confusing standards designed to generate revenue for their authors. Wakeman, like me, makes the point that these standards are written by the very same people who later sell consulting services to decipher them, ensuring that ISO will never release a simple, easy-to-understand standard.

The blog post is called “ISO Standards – The Backlash,” and uses cartoons to describe the frustration and victimization felt by ISO standards users, who are simultaneously forced into adopting the standards because customers blindly demand ISO certification as a requirement for bidding.

Wakeman takes a shot at the army of CB auditors, too, saying, “ISO accreditation inspectors and auditors are a particularly strange breed. The most boring job in the world seems to attract people who find delight in negativity.”

He also jabs at ISO’s update process, saying, “There is no doubt that any new version of ISO or any new chapter published provides additional work for consultants and additional pain on their victims.”

I’ve included one sample above, but check out the entire set and related blog posting here.