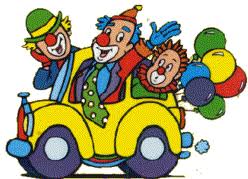 It started as all ISO-related fiascoes do, with a simple question. Over at our “Ask the So-Called Expert” page, user “TSGoneAstray” asked if the IATF recognized self-accredited certificates mills. The answer also seemed simple. According to an official IATF rule, only approved registrars can issue TS 16949 certificates and be recognized in the supply chain; that list only includes CBs accredited by IAF-signatory accreditation bodies. Self-accredited and unaccredited certificate mills are not included.

A quick email to Joe Bransky — considered the top US automotive expert for TS 16949, and a long-time auto representative — confirmed this position. So I posted my response. The IATF won’t recognize cert mills. Simple.

Then I received a follow up from someone else, from within an accredited registrar, challenging that answer. He provided me a copy of a letter written the certificate mill Verisys, a company which offers “virtual certification” that doesn’t require any actual on-site auditing. The letter was written to a client advising them that their Verisys certificate was entirely valid since, while the TS 16949 standard required accreditated certifications of suppliers, the International Automotive Oversight Bureau (IAOB) could not define what “accreditation” meant. Verisys argued that since it was accredited by “IAB” — a Chinese knockoff of the IAF, and not a signatory to any IAF agreements — that the Verisys certs-by-mail were fine. Then, Verisys said, it had even confirmed this with Dale Hammer of the IAOB. I wrote to Hammer to find out if Verisys was quoting him properly. No answer, even after weeks of waiting.

I then reached back out to Bransky for a clarification, specifically as to why his answer seemed to contradict Hammer’s. I felt it was a simple question: what was the official position of IATF on unaccredited or self-accredited certificate mills?  I received a missed call from Branksy, and then tried reaching him back a few times in the following week, with no success. I let it sit, assuming he was busy. A month later, I got antsy, and wrote again.

This time, Branksy demanded to know my “standing” in the certification scheme, to justify my right to ask the question. Specifically, he said, he wanted to know if I represented a CB, AB or a certified organization. I told him “all of them” and made my case that the IATF needs to be clear on this point, so as not to empower the certificate mills. I also told him I was writing on behalf of someone else within an accredited CB.

Now Joe Branksy knows me, and we’ve communicated before. So where this went next was a complete surprise. He wrote back again, and this time merely refused to respond, claiming I was not a “party at interest” in certification and therefore he had no reason to supply me with an answer.

We have to limit queries of this nature to specific parties at interest.  I don’t believe you fit that category.

The interesting thing is this. Dale Hammer of the IAOB had the time to answer a question posed by a certificate mill, one which challenges the authority of the IATF and the International Accreditation Forum, on an issue regarding accreditation — an issue that Joe Branksy has personally trotted out around the world as allegedly being important. He sits, or has sat, on boards such as ACCREDIA, NACLA and various ISO committees, consistently representing the need for accreditation. He has written articles about it. But suddenly accreditation is reduced to artwork (“logos”) and nothing more, revealing the hypocrisy (or his lack of effective speaking.)

So not only did the IATF/IAOB manage to set aside time to respond to a cert mill, they did so while shooting themselves in the face.

Then, when presented with a simple question posed by a supporter of the same rules they allege to uphold, they refuse to answer.

It doesn’t stop there. When presented with this gross disparity. Branksy merely sniffed it off:

Sorry that you are blowing this out of proportion.  IATF cannot respond to every inquiry from consultants, etc. who are not parties at interest.

Again, when it comes to siding with a company that sells bogus certificates over the internet, without so much as a site visit, Branksy et al have all the time in the world to answer. When it comes to asking a question that seeks to support their stated position, he dismisses it as “blowing it out of proportion.”

I really hope no one is paying Bransky to speak about accreditation any more, since he just torched any sense of integrity on the matter.

This leaves us to fill the vacuum of information with a guess. It appears that Bransky and Hammer were embarrassed by their public contradictions, and egos won the day. Rather than having Hammer correct his statement, they would rather just wish the problem away by refusing to talk about it.

The fix would have been simple. The IAOB would simply issue a statement enforcing the need for IAF-matrixed accreditation.  But as it stands now, the Hammer Interpretation (has a nice ring to it) requires the IATF to recognize any certificate under any accreditation logo whatsoever, even if the logo is entirely made up.

So, in typical Oxebridge spirit, we are pleased to be working on a web app(*) that will allow companies to self-certify by merely printing a generic ISO/TS 16949 certificate that surpasses those of the cert mills like Verisys. How so? It features more than a dozen accreditation logos! That’s a lot more than Verisys’ anemic single logo. Have a look: And now the Hammer Interpretation means that the IATF cannot refuse recognition of the certificate, because it has met the full requirement of having at least one accreditation logo. And  it is, of course, far cheaper than paying one of the “Virtual Certification” idiots a few grand for a cert-by-email. My certs are free!

But if you really want to save money and skip the printer ink, just hand-write your own certificate on a bar napkin, and be sure it includes a logo on it. Then tell Bransky and Hammer that “Hooters” is your new automotive accreditation body.

Those of you who think this is just a joke, or a stunt, know this: it’s not. Branksy’s team is empowering the work of companies that are willing to issue certificates to manufacturers of lead-shot “Cement Death Jackets.” If I can pollute the industry with fake certificates that have lapdancer logos on them, maybe they will take this seriously and fix the problem once and for all.

In case no one noticed, cars have people inside of them. This stuff matters.