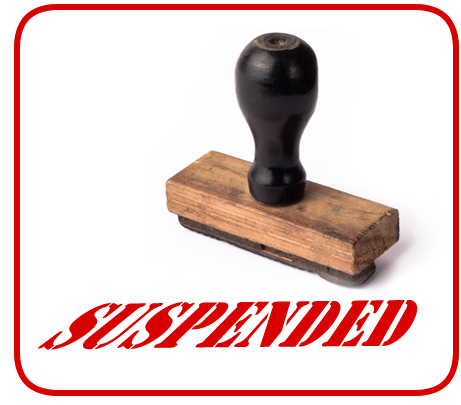 While it’s increasingly rare, some companies have found themselves unceremoniously dropped from the AS9100 guest list, with their certification suspended. The most common reason for this is a failure to address nonconformities within the mandated response time, but other reasons include bogus findings, failure to pay CB fees, and being hit with multiple major nonconformities.

Quietly over the past two years, I’ve been experimenting with a new service dedicated to helping clients restore their AS9100 certification after being dealt the suspension card. We’ve put about six companies now through the program, and have a 100% success rate to date.

Each such company is different, however. One company faced imminent closure, as it was a Boeing supplier, and Boeing was prepped to disqualify them if they didn’t get their AS9100 reinstated. We had six weeks to close ten serious (and legitimate) nonconformities, revamp a defective QMS from scratch, train some 200-300 people, all while undergoing nearly daily Boeing audits. At the end of the six weeks, the company’s QMS was rebooted, the NCRs closed, Boeing once again made ecstatic, and the company’s AS9100 restored. The final day was so emotional, the joy from the employees left the Lead Auditor in — literally — tears. It was an emotional victory, to be sure.

That project was a group effort and required a lot of time and travel. Another AS9100 Restoration case was entirely the opposite: a tiny manufacturing shop approached me after a dubious suspension based on some shady CB auditing maneuvers. The CB sent a different auditor in for a routine AS9100 surveillance audit, and the new auditor engaged in multiple violations of the accreditation rules, including writing nonconformities against requirements that didn’t exist, and overtly consulting during the audit. The company bore it, trying to develop corrective action plans to suit fabricated requirements, but their clock ran out and the CB suspended them. So they called Oxebridge.

That project was much smaller, and faster, and we did it at no cost. I developed a restoration plan and helped implement the fixes for the legitimate NCRs, while politely challenging two of the bogus findings. The auditor yelped and moaned, but the NCRs were eventually reduced to “OFIs” (to save face) and the company’s certification restored after only two weeks. With its OASIS reputation restored, the company was then free to switch registrars, hopefully now able to avoid dubious NCRs to begin with.

And we did that one for free.

So if your company faces sudden AS9100 suspension, there is hope, and Oxebridge can help. We will craft a formal restoration plan, help with OASIS response entries, and help negotiate with your CB on your behalf. Each case is different, and we can’t predict restoration time, but things generally should move much, much more quickly with Oxebridge on your team than trying to handle this stressful incident alone.

If you’re interested in AS9100 restoration services, contact me personally, and I will send a signed NDA to begin the preliminary investigation, completely free of charge.