As Usual, CB/AB Complaints Are A Slow, Silent Slog 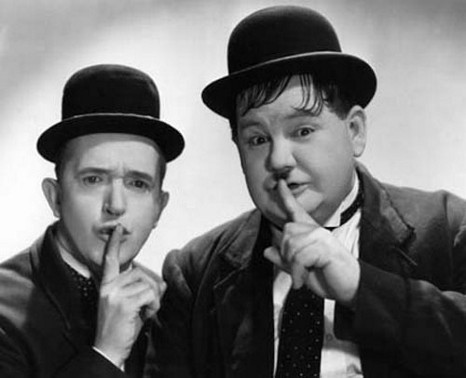 Oxebridge has two complaints circulating the ether right now, and as usual, they are accompanied with the kind of dead silence one reserves for a deaf-mute’s funeral held in a library at a Buddhist monastery. Contrary to ISO standards on such things, which indicate the complainant should be updated on the progress of a complaint occasionally, this never happens.

The first complaint was filed against certification body Bureau Veritas (Australia) back in February, after we uncovered a bit of confusion between BV and one of its clients-slash-partners, GreenBizCheck. It seems GreenBizCheck was telling the world it had entered into some exclusive partnership with BV and that as a result, clients of GreenBizCheck’s ISO 14001 consulting services would get faster service from BV when they opted for registration. That’s prohibited under the accreditation rules in ISO 17021. Making matters worse, BureauVeritas claimed they had attempted to get GreenBizCheck to correct their marketing since 2011, but somehow failed. Oxebridge managed to get it taken down in a week, raising questions about how serious Bureau Veritas really was when it came to monitoring consultants whose marketing was deceptive, but which nevertheless benefited BV.

The second complaint is a bit more complicated, and was issued to the International Accreditation Forum (IAF) against the accreditation body UKAS. That complaint lumped two former complaints issued to UKAS into a single IAF escalation, and alleged UKAS had failed in properly investigating and responding to those two complaints. Those were related to UKAS’ siding with BSI on the sale of its Entropy® software packages to certification clients — something Oxebridge alleges is a consulting service — and with UKAS allowing LRQA to issue a valid ISO 9001 certificate to a Hungarian company it knew had been circulating a counterfeit certificate only months earlier.

The complaint against UKAS was submitted to the IAF also in February, and was then forwarded to the European Co-operation for Accreditation (EA) because they hold authority over  such matters in the EU, and because there may be matters of UK law to consider. There has never been any acknowledgment sent by anyone in the EA that they are processing the complaint, and the last information received on the complaint from the IAF was months ago. In fact, we aren’t even sure who works at the EA. We have a hint that some activity occurred in May because I saw a sudden flurry of views of my LinkedIn profile by BSI managers and execs, who apparently don’t know that you can view that sort of thing… but that’s not much to go on.

Both certification bodies and accreditation bodies prefer to operate in the darkness, and recoil at any attempts to shine light on their activities or to gain the least bit of transparency.  While their marketing machines are noisy things that boast openness and inclusion, how they behave during the processing of complaints tells an entirely different story. These long, silent pauses only damage the already horrific reputations of CBs and ABs, as they raise suspicion that the time is used to craft carefully worded responses that appear to be the result of thoughtful investigations, but which never include any evidence and which always rule against the complainant. While it’s likely Bureau Veritas will eventually respond with some gobbledy-gook about having cleaned up the mess, it’s not likely they will sever ties with GeenBizCheck as their go-to desk auditor for GBC’s various environmental certification schemes, which is really what needs to happen. And on the UKAS front, well… the EA and IAF have to craft some kind of response that gives UKAS a free pass but at the same time doesn’t implicate them in any conspiracy to violate international law, so that’s a bit more tricky. Too big to fail, and all that.

So I would love to update you on the progress of these matters, but I’m in as much of the dark as you are.