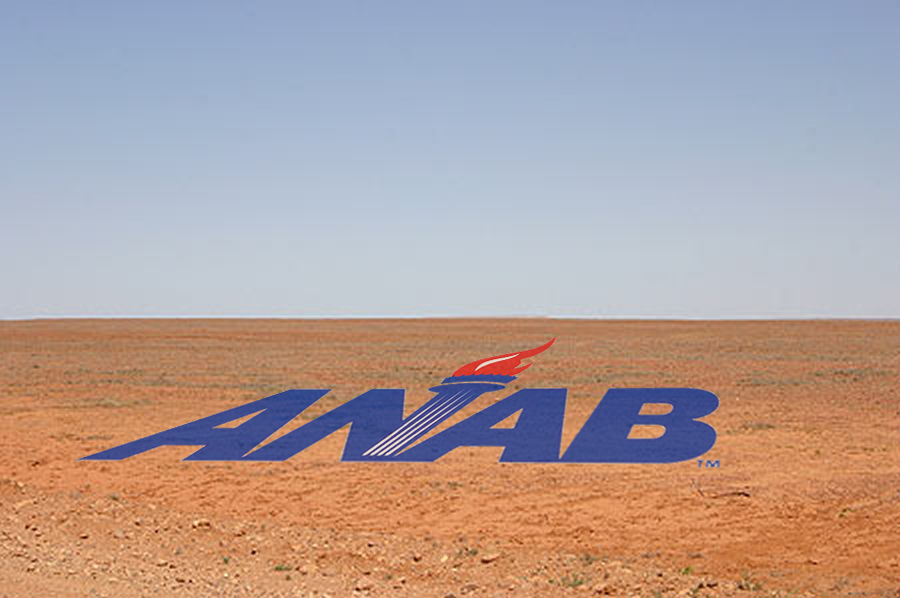 With the retirement of President John Knappenberger and former VP Randy Dougherty in self-exile (he’s not quite quit yet, but is in deep hiding), the new ANAB organizational structure has embraced flatness.

Still without a permanent replacement for Knappenberger, ANAB is holding onto Keith Greenaway as its “Acting” President, ignoring the conflict of interest that brings since his father is Skip Greenaway, President of ANAB’s client EAGLE Registrations. Just imagine the ANAB witness audits at the EAGLE headquarters; what ANAB auditor is going to write a nonconformity against the father of their boss? Does anyone really believe that EAGLE gets the same treatment by ANAB as, say, Perry Johnson Registrars or Orion? The fact that ANAB gives so little a shit over what you think about that arrangement that they’ll shove it in your face, well, that says a lot.

Beyond Greenaway, the ANAB org takes on the shape of a vast, dead Martian desert. It’s a celebration in flatness. It’s as if they designed their structure after a joint convention between the Flat Earth Society, the Plate Glass Manufacturers Association and the Twiggy Fan Club. It’s as if the entire thing was drawn out using a 1950’s drafting table, or thought up by an alien from an alternate reality where the third dimension doesn’t exist, and creatures scurry along in straight lines, incapable of looking up or down.

Now, you see, ANAB is all VPs all the time. In fact, during ANAB senior management meetings, passersby often confuse them for one of those jars of marbles where you have to guess how many there are, but where no one ever gets the right answer because it’s always way more than you think. One half expects ANAB to have a Vice President of Vice Presidencies. The police accidentally keep assigning sex crime investigations to ANAB because when they dial the “Vice Squad,” ANAB answers.

All kidding aside, it does look a bit ridiculous, and the VP assignments appear to be craven attempts to throw titles at people who otherwise would have left a long time ago. Lori Gillespie was finally granted a VP title as Vice President of Management Systems, after a delayed promotion that was starting to look like a rebuke. On paper, she was clearly the person positioned to take over for Randy Daugherty, but she was denied that role for multiple reasons, not the least of which is that she doesn’t live in ANAB’s hometown of Milwaukee. Worse, her VP assignation appears to have come only after everyone else was given the title. Ouch. I hope they’re paying her enough to compensate for all that glaring disrespect.

Roger Muse is now the VP of Business Development, a big step up from his prior position as VP of A-CLASS, the laboratory accreditation body that ANAB bought. Prior to that, Muse was a mime working in a traveling band of gypsy performers, living in the back of a horse-drawn carriage with sequined curtains and writing poems about chimney sweeps and Jewish ghosts that sound suspiciously like Decemberists songs. OK, I’m not sure about that last part, so may have made it up just to pad this paragraph.

Another “VP by way of acquisition” is Doug Leonard, who bears the awkward title “Vice President, Laboratory Related.” Poor dude didn’t even get an “of” in his title, presumably to keep the ink costs of his business cards down.  Leonard was the former VP of L-A-B, the Laboratory Accreditation Bureau, another body that ANAB outright bought (along with their clients!)

In keeping with that theme, new ANAB “Vice President, Forensics” Pamela Sale got her title after ANAB bought her prior employer, the American Society of Crime Lab Directors. Frankly, her past employment is confusing, so I’ll just leave it at that. I hear it has something to do with werewolves.

Of course, Greenaway also got his job as a result of an acquisition, since he was the former President of A-CLASS. This leaves only Lori Gillespie as the only actual ANAB staffer who is in management and who wasn’t given a title as the result of a buyout.

And that’s it: a President and four VPs. Anyone who knows anything about organizational structure knows that such a thing never ends well, as the VPs vie for pole position, but without any real checkered flag to aspire to, leaving all of them equally disgruntled. None of them will ever get another promotion at ANAB, ever, until Greenaway steps down. So they get to squabble amongst themselves with only Greenaway as the tie-breaker.  When you have a sea of VPs, with no way to resolve conflicts, the result is crippling stagnation. So, yeah… ANAB.

Worse still is that horrid Accreditation Council, which presumably steps in to help ANAB justify why it gives accreditation to anyone with a pulse, and then lets them keep it even after they get caught overtly violating the accreditation rules or, you know, their client makes airbags that accidentally blow up and kill innocent drivers. It’s another set of “reward” positions, handed out like candy to dutiful dupes who then gleefully carry ANAB’s water, all ignorant of the fact that they are getting themselves in hot water by associating with the accreditation body. After all, when the investigators finally start questioning ANAB’s culpability in civil and criminal matters, those Council clowns will be asked some very uncomfortable questions, probably under subpoena.

Who’s on it? It reads like a rogues gallery: IAQG’s senior standards developer Tim Lee (Boeing), BSI permanent plumbing fixture Reg Blake, dutiful ISO groupie Deann Desai, Nadcap/PRI guru Pete Kucan, aerospace job-hopper and AS9100 architect Susie Neal, and a handful of ANAB’s own paid assessors. That latter point is worth emphasizing: some of ANAB’s Accreditation Council members are the same people who they pay to conduct the audits the council will later review. Another conflict, yes, but at this point who’s counting?

In both cases, it’s clear that ANAB is operating under a “gifting” roles assignment strategy, handing out titles and council slots to representatives of companies it wants to stroke or who they feel obligated (perhaps legally) to keep happy, such as companies it bought out. The positions don’t appear at all to be based on proven ability, industry expertise, or willingness to uphold accreditation standards and ensure the trust and validity of ANAB accreditations.

It almost makes you long for the days of Robert King.

No, nevermind, I take that back. That’s like longing for the days when dentists used stone mallets as anesthesia.