Allegation: QualityAustria Certified Consultancy Operated by Its Staff, Then Issued Certs to Their Consulting Clients

Oxebridge has filed an official complaint against the ISO 9001 certification body QualityAustria, alleging multiple violations of ISO 17021-1 and gross conflicts of interest.

Official records and public media postings show that QualityAustria issued an ISO 9001:2008 certificate to the consulting firm Qatar Quality Plus, which is owned and operated by one Linda Ross. At the time, Ms. Ross also represented QualityAustria’s Qatar region under its division QualityAustria Gulf. 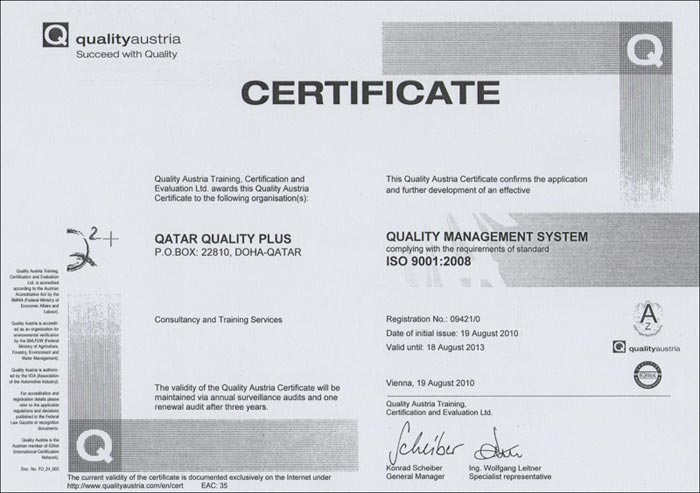 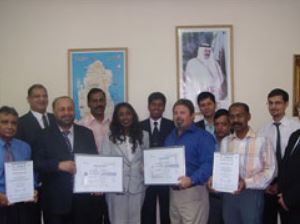 In one photo, Ms. Ross is seen either accepting or granting ISO 9001 certification to Qatar Cleaning Company; in this case it is not clear since Ms. Ross would have literally been handing the certificate to herself, as both the certification body representative and the consultant responsible for the ISO 9001 implementation.

It is thought that Ms. Ross holds both positions as of today, meaning that this arrangement has carried on for at least a decade.

QualityAustria is accredited by Akkreditierung Austria under ISO 17021-1, which has multiple rules prohibiting the issuance of certificates when a conflict of interest is present. Oxebridge alleges that at least seven of these rules have been repeatedly violated by QualityAustria over the course of many years.

Akkreditierung Austria is a member of the IAF.

The initial report came as a result of an anonymous report made through the Oxebridge ISO Whistleblower Program.

UPDATE 3 October 2019: New evidence has come in that reveals two more QualityAustria employees are or were simultaneously working for Qatar Quality Plus. These are Zeljko “Joe” Cvjetinovic and Prabath de Silva, both of whom appear on official QualityAustria website staff listings, and who have roles in QQP. Mr. Cvjetinovic is understood to be the husband of Linda Ross, per his Facebook page.

Oxebridge has amended the complaint with the new information and resubmitted it to QualityAustria.

You may read the full amended complaint here.