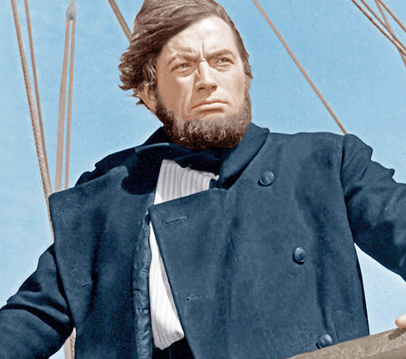 Only the hardcore standards policy wonks will fully parse the ramifications of this latest boneheaded misstep by ANAB, but it’s worth sussing out anyway. Apparently under the influence of a double-shot of the finest scotch your money can buy, the ANSI-ASQ National Accreditation Board has merged all its various companies into one, all under the name ANAB. That includes ISO 17025 accreditation body ACLASS and the whatever-the-hell-it-was company Forensic Quality Services (FQS.) The change went into effect this month, and was announced alongside a new website rollout, complete with painful video by ANAB head John Knappenberger. While it’s a step up from Daryl Guberman’s greenscreen disaster film, the Knappenberger video isn’t much of a step up. With all their money, you would think ANAB could have hired a spokesperson to make the announcement, but Knappenberger insists on making the video himself, with strained breathing that makes you wonder at what point he’s just going to pop over from cardiac arrest, and with all the charm of your rageaholic uncle who shouts at the Thanksgiving turkey for not carving itself. Seriously, the guy looks pissed off.

In it, Knappenberger — who my spell check insists is a younger man (see right) — announces the final merger of the three companies under the single ANAB brand, because someone thought “ay-nab” was the best sounding grunt of the bunch. They even rolled out a new logo which they apparently focus-grouped with exactly no one, because it looks like the company’s name is now ANTAB or ANIAB or something. The new website’s color scheme is red, white and blue, no doubt influenced by the French flag, and looks as if it were coded using an old America Online page builder. Functionally, and following a long legacy of ANAB websites, it doesn’t actually work. Some of the links on the front page just resolve back to the front page, because the links include a generic “#” anchor.

Making matters worse, some of the pages haven’t been updated at all. The directory of ANAB accredited CBs still features the old logo, a move that’s taboo in any rebranding effort. You do the whole thing at once, or not at all. Maybe they should have named it ANOOB.

In that overlong, cringe-inducing video, Knappenberger claims the rebranding — for which they admit they paid a consultant to assist with — aims to hammer home the core message of “value, credibility, service.” Well I think those are the points, since he says them three or four times, but changes them each time.  Knappenberger can’t be bothered to remember ANAB’s values, not even for a six minute video.

According to Knappenberger, everyone — including that branding consultant — agreed that the best way to project the concepts of value, credibility and service was through the roll-off-your-tongue name “American National Standards Institute American Society for Quality National Accreditation Board.”  I’m not kidding… the entire video is dedicated to convincing you that this is true.

My bet is the consultant actually runs a company that prints double-wide business cards, and just bought a new boat. Thanks for clearing that up.

The fact that the entire presentation is a rambling string of non-sequiturs that never connect to the preceding non-sequitur is not only lost on Knappenberger– who apparently didn’t bother to actually write his copy, but rattled it off from the top of his head — but also got past all the geniuses on his staff, … and that branding consultant, too. New boat!

Seriously. The video should be mandatory viewing for any marketing student on what not to do under any circumstances. It’s that bad.

But the restructuring brings with it some potential legal problems for the beleaguered US accreditation body. You see, while ANAB accredits ISO 9001 registrars, ACLASS had accredited ISO 17025 calibration and test labs. It was always a little sketchy, but now that ANAB does both, there’s the potential for a full on clash.

Consider this. Say a company conducts both manufacturing and testing, and wants both certifications. Under the new structure, this means the company would hire a certification body (CB) for ISO 9001, and then ANAB for the ISO 17025 accreditation. The problem is that the CB would also be accredited by ANAB, making it a client of ANAB, too.

So now say the CB issues an ISO 9001 cert without any problems, then ANAB comes in and audits the clauses that 17025 shares with 9001, such as CAPA, management review and internal auditing. What if they find problems that the CB didn’t? If ANAB writes them up, it will mean that they are effectively spitting on their own CB. So ANAB would be under pressure not to write them up, for fear of raising questions as to how it could have accredited an incompetent CB.  The easiest path for ANAB would be to never issue any nonconformities against any clauses that are shared between ISO 9001 and ISO 17025, to make sure that the end user believes that both it (ANAB) and the CB (accredited by ANAB) are top-notch providers.

Well, that injects serious uncertainty into the ANAB certifications, and uncertainty is the opposite of credibility — the thing Knappenberger claims the rebranding intends to strengthen.

If anyone thinks it cannot happen, I have a handful of clients right now that are facing this problem. The next audits by “ANAB 2.0” will be interesting.

Under previous president Robert King, ANAB (then “RAB”) was already treading lightly into the waters of conflicted interests. King famously announced that his role was to ensure the “market” of certifications, placing the validity of such certifications under lower priority. (I questioned King on this personally, during a speech I gave to the IAAR, and he defiantly restated the position, without a shred of hesitation.) Under Knappenberger, ANAB throws on its striped one piece and dives headfirst into those waters. In the past few years we have seen ANAB utterly abdicate its duty to ensure the industry is free of conflicts of interest, by refusing to cite CBs who clearly violate accreditation rules. Now ANAB itself is openly flouting the rules itself, by merging services, breaking down firewalls, and (like its CB clients) offering “private training” and implementation services for the standards it then accredits clients to.

Nothing good can come of this, for ANAB or its customers. The move will only introduce more doubt about ANAB’s true motives, less trust in its accreditations and the certifications issued by its CBs, and less value for customers.

And since ANAB effectively runs the International Accreditation Forum (IAF), the body which oversees accreditation bodies, there’s no point in asking them to review this mess.

No, someone else will have to hold ANIAB … erm, ANAB … accountable.