The ISO 9001 certificate issued by ABC, meanwhile, was accredited by the French accreditation body COFRAC. ABC is accredited under ISO 17021-1, which clearly prohibits the practice of CBs certifying each other.

Cotecna is a worldwide group of companies that performs several activities and has the possibility to be certified/accredited to different standards with scopes applicable to those activities. 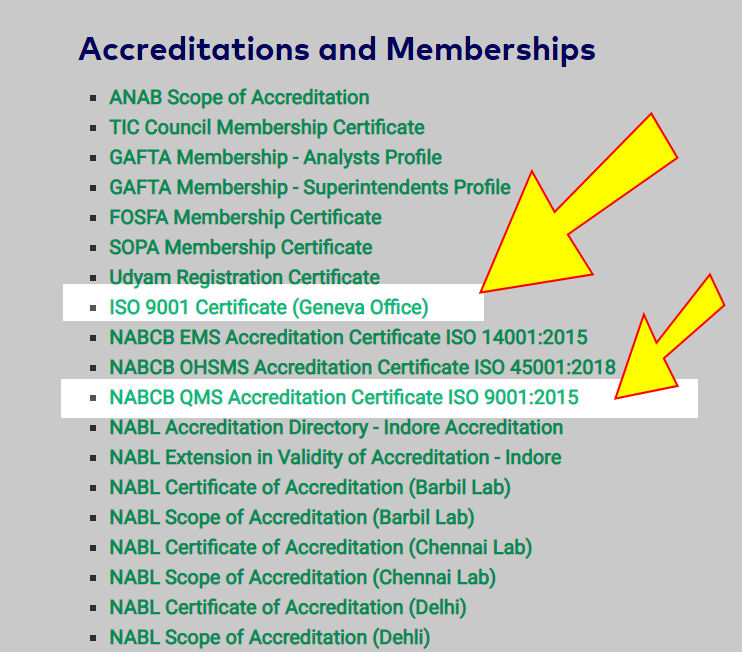 While the Cotecna India website claims the ISO 9001 certificate is for the “Geneva Office,” the actual certificate then includes the Mumbai office under the scope of accreditation, suggesting Cotecna understood the appearance of a conflict of interest: 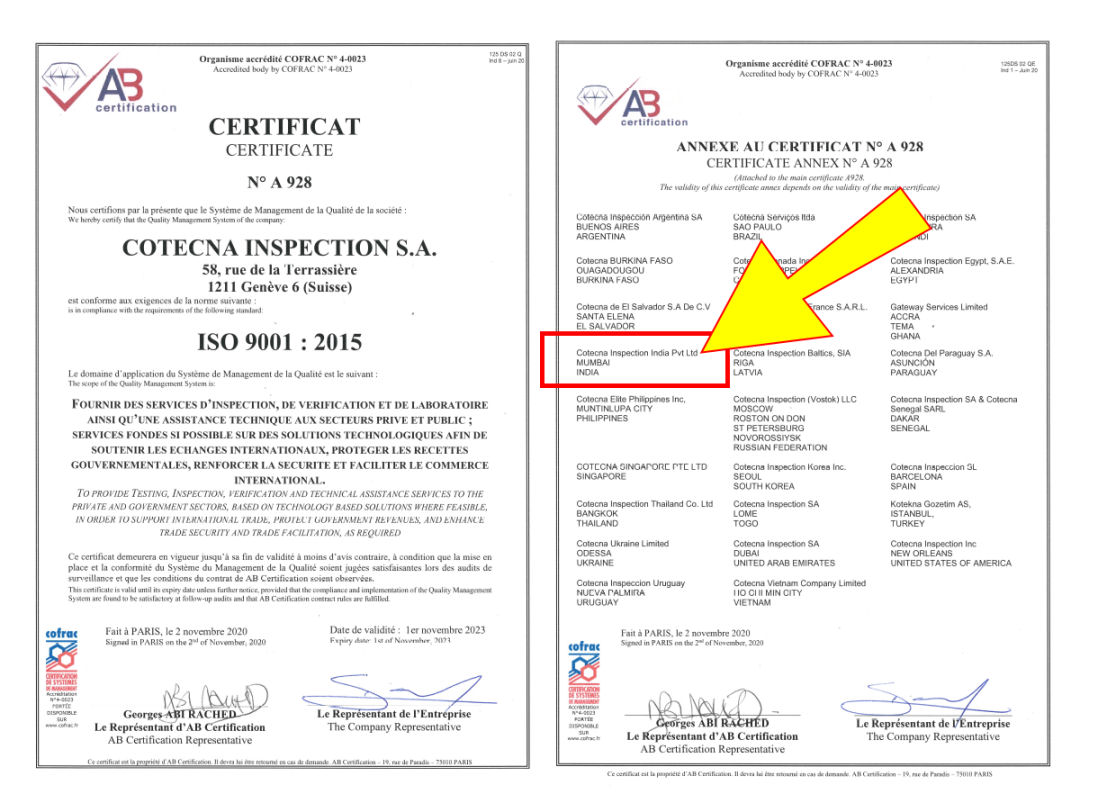 ABC’s director Rached then requested that Oxebridge “withdraw” its reporting on the matter, which Oxebridge denied outright.

Accordingly, you are requested to immediately withdraw your allegation and remove the relevant content on your website.

Mr. Rached did not recuse himself from the matter, which may raise additional problems since his signature appears on the certificate issued to Cotecna. AB Certification’s official complaints procedure would prove whether Mr. Rached violated any rules, but the website’s link to its procedure comes up with a “not found” error. This suggests yet another violation of ISO 17021-1, which requires a certification body to make its complaints procedure available to the public, without request. It is also not clear how COFRAC accredited AB Certification without verifying compliance to the clause requiring publication of the procedure.

An earlier version of AB Certification’s complaints procedure, found via the Internet Archive “Wayback Machine,” does suggest that Mr. Rached should have recused himself, with the matter addressed by someone else.

The Rached interpretation on “scope” would open up a flood of conflicts of interest, further diluting trust in ISO 9001 certifications worldwide. It would allow any ISO 9001 CB to obtain ISO 9001 for itself simply by ensuring it offered some other service at the same time. Oxebridge argues the ISO 17021-1 standard makes no such allowances, and is clear on the matter.

Cotecna has not provided any statement on the issue.

The issue points out the ongoing problems within the ISO certification scheme, as multiple parties signed off on this arrangement, including AB Certification, COFRAC, and NABCB, while the oversight regional bodies of the International Accreditation Forum (IAF) also appear to have failed to step in.

The matter has now been escalated to COFRAC for action, with a request that COFRAC work with its Indian counterpart NABCB to decide a course of action.