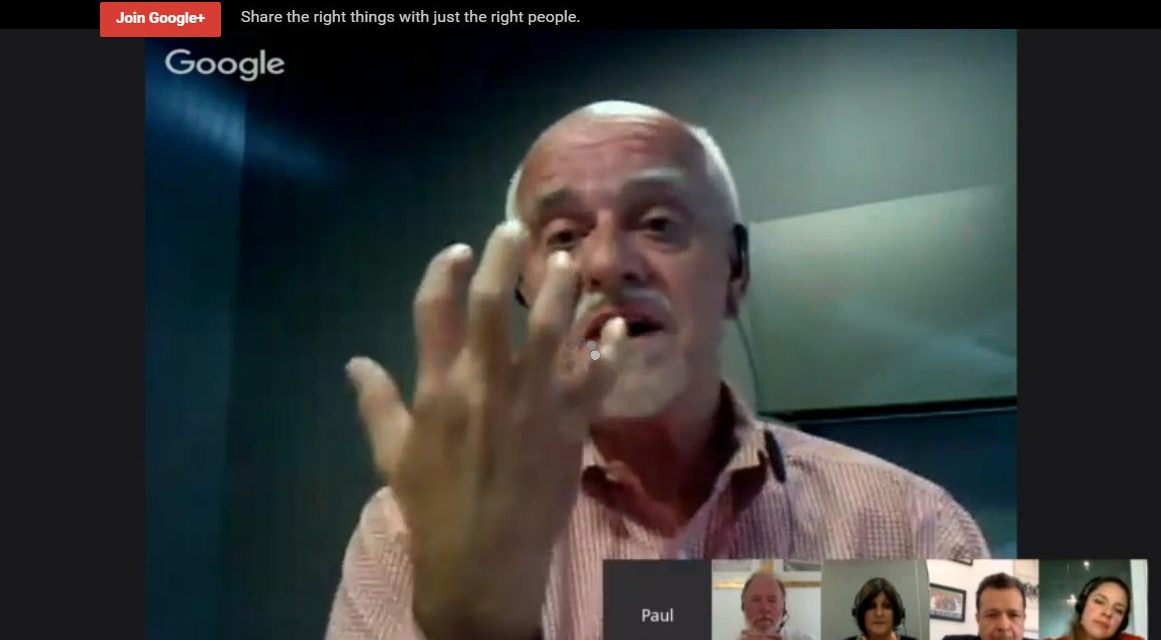 Meanwhile, by viewing it anonymously with a spoofed IP, I was able to view the presentation and see that was nevertheless live. The participants were Lorri Hunt, Paul Palmes, Nigel Croft and José Dominguez of TC 176. All four run consulting firms which stand to profit from the confusion created by the 9001:2015 standard. I did manage to get a question posted, either before they triggered the block, or because the block didn’t include comments posted via text.

Since there were only a handful of questions asked by viewers, mine stood out like a sore thumb, and so it was eventually posed to the participants. The host re-phrased it as “do you have anything to personally gain” from ISO 9001, making it sound like a question about personal satisfaction. Apparently the participants could see my full post, though, so they knew it was really about finances.

The question was taken on first by Nigel Croft, who (I’m paraphrasing, from my notes) denied any financial gain, and emphasized that the work was “pro bono.” He defended the consultants as “experienced people” who had previously worked for industry, and mentioned Hunt’s work at Honeywell specifically. Paul Palmes then chimed in and said, cynically, “standards are written by those who show up.” While he admitted it yields the “occasional speaking engagement”, he said it was an overall “net loss, but a loving loss.” The host closed the question by thanking the TC 176 “volunteers.”

What Palmes thinks we are too stupid to realize is that in order to “show up” you need someone to pay the tens of thousands of dollars in airfare every year, and that doesn’t include rental cars, hotels, food and reimbursement for time spent. The actual truth is that “standards are written by those who can afford to show up.” Until ISO adopts an internet-based collaboration model, this will always be true, and standards will always be written by consultants.

In any event, it’s getting harder and harder for the leadership to ignore these questions, and even with a block in place, they still had to answer one, even if it was under their tightly controlled conditions.