REPOST: The Path Forward: The Final Step in Improving ISO 9001 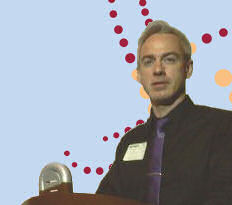 This seems timely, so I am reposting. This may give some perspective to the recent increases in defamation against Oxebridge. — CP

[The following is a shortened version of a coming White Paper to be published by Oxebridge on coming efforts to improve ISO 9001.]

Imagine a scenario where free trade is eased by absolute trust in the validity of third party management system certifications. A world where a single certificate alleviates the need for multiple, expensive, redundant assessments, because the certification is so impeccable, so trusted, there’s no need for anything else. Imagine an ISO 9001 certification scheme that actually means a company can reliably produce quality products, and where the certificate is so well-known, it’s driven by an informed public consumer base.  Imagine a standard that provides clear requirements, but is responsive to the infinite number of ways users can implement those requirements.

The “long game” towards improving ISO 9001 was never going to end without a few struggles in the middle. Whenever an entrenched incumbent authority sees change coming, the reaction will not be a warm embrace, so history tell us.

This journey has required three stages, for which we are just seeing the transition into the final third. The first step was to drive improvement — to both the ISO 9001 certification scheme and the standards development process itself — through the use of the various tools afforded to stakeholders. This meant participation in committees, standards bodies, and working directly with registrars through Advisory Boards, training sessions, etc. The overall result was that the incumbents continued doing business as usual, pretending to appreciate the “participation” in theory, while utterly ignoring it in practice.

The second step was to then try to have the industry police itself, by invoking rights afforded to users and stakeholders under international standards, accreditation rules, and the law. This meant filing complaints and requesting they be processed through the formal, required procedures. This proved to be a disaster, because the incumbents were not used to having fact-based, formal complaints filed against them at all. Instead, they push clients to handle complaints off the record, pretending this provides a more intimate resolution, when all it really does is ensure nothing gets recorded. Oxebridge didn’t play to those rules, and instead demanded compliance.

It was during this period that Oxebridge received some 15 threats of litigation (none executed), harassing phone calls, and even a few physical threats. This hostile and violent reaction came from the certification bodies (CBs) as well as representatives of the standards bodies, and even ISO itself. Clearly, the children weren’t behaving. And so the final third stage, into which we are now transitioning, calls in the grownups.

With a decade of evidence that shows the industry cannot police itself, the oversight switches from using internal tools to bringing in external ones: regulators, government officials, industry groups, public pressure and, regrettably, the courts. Now, everything is on the table: calls for tighter government oversight, FTC investigations for fraud and antitrust activity, testimony before Congressional committees to highlight the rampant malpractice and abdication of duty, class action lawsuits filed against CBs, ABs and ISO itself, alleging consumer fraud and risks to public safety. Not idle war chants, these are real claims that can be made with real evidence, and which will result in real industry reform. It’s likely the third stage will take a decade, but hopefully we can shorten that.

But we have to get there first.

For the moment we are stuck in the last throes of step two, where a few of the last-standing holdouts are trying to use intimidation to stop progress. Angry CB sales reps, angrier certificate mill operators and even-angrier-still ISO Technical Committee leaders are either engaging in defamation, or falsely claiming to be a victim of it. Whatever the angle, intimidation is the path forward for those wanting to stand still.

But it’s a desperate, doomed exercise. Progress happens, and the world’s markets are growing more and more frustrated with the inability of ISO 9001 certified companies to reliably provide high-quality products. They are more and more frustrated that this happens while Certification Bodies boast about their ability to “add value and reduce risk,” while sending deeply-conflicted, untrained boobs out to provide audits. More and more stories creep in, about CBs engaged in unethical, and occasionally illegal, activities.  Government agencies are more and more convinced that mandatory ISO 9001 certification isn’t saving the public money nor ensuring the quality of suppliers.

In the coming months, Oxebridge will begin two dramatic initiatives to reverse this course by carrot and stick. The carrot will come in the form of a new independent verification and validation tool that will permanently change how ISO 9001 certificates are viewed, adding a new level of trust. The stick will be a planned set of maneuvers to expose the problems in the industry (within the US, at first) culminating in a call for the US Federal government to remove ISO 9001 and related schemes from all US government contracts for a period of 10 years, or until such time as ANSI can regain control of both US standards development and the oversight of the AB/CB machine. Already, the US Department of Defense has taken initial steps and begun withdrawing ISO 9001 as a requirement from some contracts.

And the certificate mills will be legislated out of existence, once and for all.

On the international front, pressure will be put on ISO to improve its standards development processes and limit the authority of the Technical Management Board, lest it be cited by for violations of World Trade Organization regulations. International CBs will be held accountable to international law, and prosecuted when they fail to comply.

So we mustn’t be distracted by the current hiccup. These are insignificant clock-ticks in a change of far grander proportions.

A bright future awaits where ISO 9001 becomes a trusted and valid sign of the ability of a company to reliably produce high quality products and services. A future where “one audit, one certification” eliminates the need for endless sector-specific and customer audits. A future where standards are developed from the input of the best and brightest each country has to offer, without the pollution of CB special interests.

It’s going to be amazing.

To find out how you can help, just drop me a line.