Spite Move? US TAG Angry That ISO Voted on Oxebridge Request for Interpretation 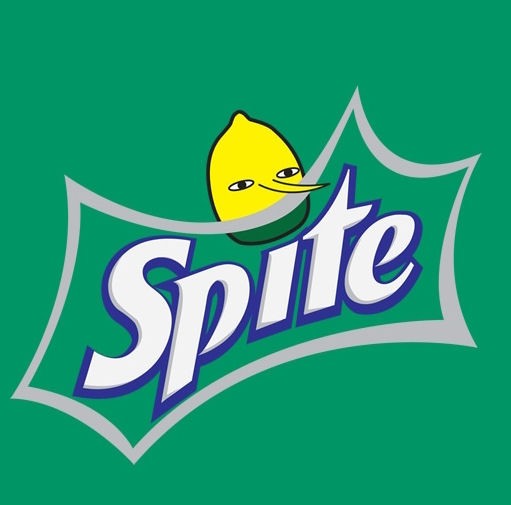 Lots of big news coming soon about the US Technical Advisory Group (TAG) to ISO TC 176 the next few weeks, so you will want to stay tuned. If you’ve forgotten, the US TAG is the group of US volunteers who help formulate official US position on ISO 9001 and related standards.

It’s no secret that the US TAG leadership, comprised of Alka Jarvis, Jack West, Lorri Hunt and Paul Palmes, are not fans of me or Oxebridge. It’s also no secret that I am trying to have them booted to the street for gross incompetence, by failing to convince a majority of other nations to adopt the US positions on 9001, something that has led to this disastrous draft we now have which requires a “calm and emotionally protective work environment.”

But whereas much of my “war of words” is shtick — take at look at the poster for my TAG election campaign — the levels of  spite on their side are pretty shocking. You may recall the TAG leadership attempted to have me removed as a guest speaker at Fordham University for the New York ASQ Section, and replaced by one of their “approved” speakers on ISO 9001, presumably Hunt or Palmes. Fortunately, ASQ stood up to the leadership and allowed me to speak, and exactly no meteors crashed into the earth, and no Biblical plagues were unleashed on humanity.

Apparently that wasn’t the only time the TAG gang acted “pissy” over my work in the ISO space. In July of 2014 I submitted a formal “request for interpretation” to TC 176, in order to address a controversy that arose between ISO 9001 users and CB auditors. The specific problem was that some CB auditors were writing nonconformities against clients whose Quality Policies did not include the words “continual improvement” but instead had other wording that implied the same concept, often phrased as a slogan. I requested TC 176 to provide an official interpretation as to whether Quality Policies without the words “continual improvement” could be deemed compliant.

That simple request uncovered yet another mess at ISO, including the fact that TC 176 had all but abandoned providing any requests for interpretation since 2011, in violation of their own rules.  Prompted probably because I embarrassed them, my request managed to get an official interpretation where no one else’s has since 2011. In fact, the Official Interpretations list clearly shows that my “RFI” (number 132) was added in 2015, but the last recorded RFI prior to mine was number 123, filed in 2011. This appears to mean that the intervening RFIs — nine of them — were never processed at all.

So anyone who says Oxebridge isn’t effective because we hold the incumbents accountable isn’t paying attention; clearly ISO only does what they are supposed to when you force them to.

In the end, it took ISO nearly the same time to answer the RFI as it takes humans to gestate, but ISO ruled “NO”, indicating that the Quality Policy cannot have slogans that imply conformity to “continual improvement” but must include the words. So while the ruling came late, at least it came.

Recently, however, I discovered that the US TAG leadership abstained from voting on the RFI entirely, providing a rationale that can only be described as “dickish.” They didn’t reject the RFI on its merits, but were simply irked that ISO considered the RFI in the first place. The US TAG’s official response to the RFI was as follows:

The leadership of TAG 176 recommend a vote to Abstain. They write: “The question is not stated in a way that can be definitively answered with a yes or no. The words are very difficult to read and understand. For this reason, we believe the question should not have been considered for the ballot.”

Somehow the rest of the world muddled along with my “difficult” language and managed a vote, so either the US TAG is comprised of people who can’t read English, or I’m a frickin’ genius who underestimates how stupid everyone else around me is. I am going with the latter.

I should add that despite my emailing the TAG leadership personally, none of them communicated back to me at all, nor did they even confirm they had received the RFI. (An ASQ functionary confirmed it for them.) This is in keeping with what people tell me is an unwritten policy among the TAG leaders to never, never, never discuss anything with Chris Paris.

So in the future, if you are going to submit an RFI, you may have to dumb it down for them. Maybe something like this: