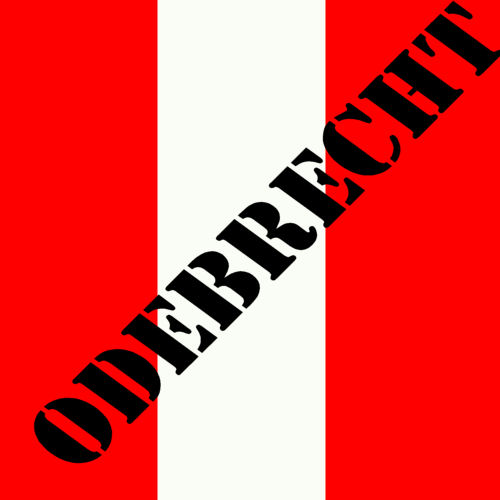 Today the people of Peru are voting on a dramatic, historic referendum to reshape a government wracked for decades with corruption, brought on by bribes from one company: Odebrecht. In what must be a world first, four ex-presidents are in various states of detention — jail, house arrest or with passports blocked — because of bribes paid to them through Odebrecht Peru, for various construction projects throughout the country. Ollanta Humala, Alejandro Toledo, Alan Garcia and Pedro Pablo Kuczynski were all toppled in one fashion or another from the Odebrecht scandals, with only the 5th living ex-president — Alberto Fujimori — having escaped. But Fujimori is awaiting a second jail term for being… well, the nation’s former dictator, pending his release from hospital. Peru will likely be the first country ever to have all five of its ex-leaders in jail at one time.

Tracking the connection between the construction company Odebrecht and ISO 9001 is tough, only because there are so many certificates floating in Peru with their name on them. Odebrecht has gone all-in on ISO 9001, probably hoping the quality certification will help take people’s minds off the fact that they essentially destroyed the government of Peru and multiple other Latin American countries. Certainly, those certificates helped Odebrecht gain access to government contracts much in the way their bribes did.

Odebrecht’s tactic was (is?) to have individual projects receive ISO 9001 certification, under a project management scope. Peru’s two dominant CBs all too happy to help Odebrecht, too, willfully ignoring the huge ethical considerations of assisting the company that is ruining the lives of millions of Peruanos. Those two would be Bureau Veritas and SGS, both of whom dominate not only Peru but much of South America. Odebrecht certificates in Peru likely number in the dozens, but so far every one researched was issued by either Bureau Veritas or SGS.

There’s nothing in the accreditation rules stopping a CB from issuing a certificate to a morally corrupt transnational company that commits criminal acts in order to push its way into infrastructure projects over the bids of local companies, through pure and outright bribery. But then again, there’s nothing stopping them from issuing ISO 9001 to a serial killer, either. That doesn’t make it right.

Both SGS’ and Bureau Veritas’ Peruvian certificates carry the UKAS accreditation logo; UKAS also seems content to have its brand associated with this sort of thing.

Tomorrow Peru will wake up with the results of its referendum which may begin a historic rebuilding of the country’s government or may well launch a chaotic descent into madness. Ironically, radical Communist candidate Veronika Mendoza is using the Odebrecht scandal to push herself into a top candidate slot for the next Presidential election, and if she wins it would be ironic that SGS, BV and UKAS were complicit in creating the force that will eventually turn Peru into Venezuela 2.0, and result in their own eradication from the country.

What’s so disheartening is that merely suggesting that CBs like SGS or Bureau Veritas, or accreditation bodies like UKAS or ANAB, not grant certification to companies involved in crimes — well that’s considered blasphemy in the ISO consulting world. Those even hinting that the scheme actors should, just maybe, apply some social responsibility or ethical considerations to their work are pilloried, rejected and denounced.

We can have an ethical ISO certification scheme. It’s not at all impossible. But the CBs and ABs need to stop acting like starving plague mice, scrapping for their next meal, and occasionally say “no.” They might find they’d be rewarded with more clients, since they’d accidentally improve the value and trust of ISO 9001 and the other certifications.

But we may never know.