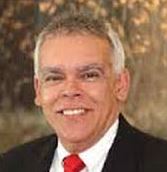 A sales representative from ISO 9001 registrar DNV-GL copied and pasted seven entire articles from the Oxebridge website and republished them on a competitor’s site, all without permission. Sidney Vianna, DNV’s former Director of Aviation. Space and Defense Services, took the articles and republished them on a competing consultant’s website, and then used the articles to mount a defamatory forum conversation between other CB representatives. The site in question is currently under litigation on a related defamation charges. The thread where Vianna posted the articles was entitled  “Chris Paris from Oxebridge – endless complaints against AB’s and CB’s” and included a number of defamatory and insulting accusations against Oxebridge founder Christopher Paris. Vianna copied and pasted seven articles in all, each time criticizing Paris.

At one point in the discussion, Vianna characterized work by Paris to have CBs comply with accreditation rules as “[he is] having a psychotic breakdown.”

So, I just want my fellow moderators to know that this person will twist facts and whatever you say to fit his agenda. I am amazed that he manages to sign clients. If you believe what he writes, HE and only HE is the ONLY person in the world that has integrity and competence. What a sorry bastard (oops). I hope, for his own sake, that his health insurance pays for psychological treatment.

The website in question features other forum moderators who are CB reps, including some from BSI, NQA, and UL. All of the CBs currently run advertising on the site, or have done so in the past, raising questions of conflicts of interest.

The response to Vianna was not universal support. Other moderators chastised Vianna, and a minor argument erupted between them. One moderator asked Vianna to “retract that remark” and “refrain from namecalling,” but Vianna refused.

The forum thread was launched by Vianna in May of 2011 and continued into 2013. Language in the post hints that other such threads are available on the site, viewable only by moderators and administrators. The materials pre-dated a report by Oxebridge on Vianna’s public claim that standards user feedback is “moronic”. That article was published by Oxebridge in May of 2013.

Vianna is now listed by DNV-GL as an “principal engineer” with their maritime division; it is not clear if this move was lateral, or a demotion.

The forum thread came to light in early 2015, when it was entered into evidence by the defendant in the related defamation lawsuit currently before the courts.

Oxebridge has been criticized by the CB community who resist the reform efforts spearheaded by Paris, which attempt to ensure CBs comply with international accreditation rules. The result has been a torrent of harassment, defamation and blacklisting by CBs who resist having to abide by these rules. User organizations, meanwhile, overwhelmingly support the Oxebridge initiatives.

This is not DNV’s first run-in with copyright infringement concerns. On two occasions, the  certification body took portions of ISO 9001 drafts and pasted them into sales presentations, removing ISO’s copyright notice and replacing it with their own.