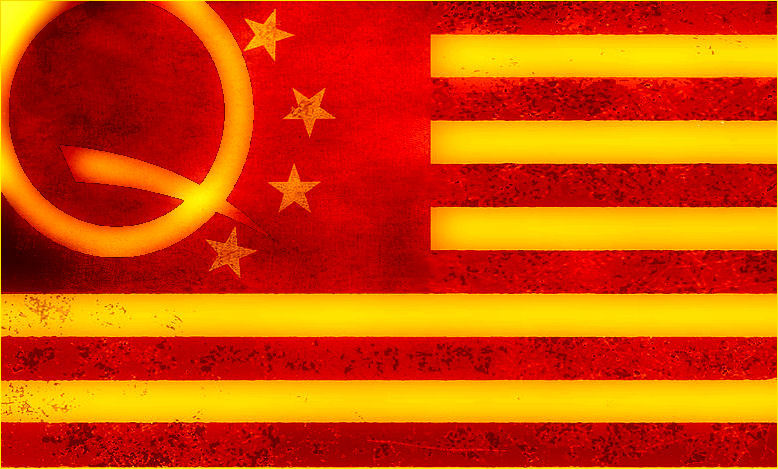 If you haven’t heard, ASQ has dropped “American” from its name, opting to re-brand as simply “ASQ” with it no longer standing for “American Society for Quality.” The ASQ website is undergoing a scrubbing to remove all references to “American” as ASQ shifts to marketing itself as a “global” organization, while it presses to market its activities to three primary foreign markets: China, India and Mexico.

There’s nothing inherently wrong with ASQ shifting its focus from the being a US organization to a global one, and it’s a private company so it can do as it likes. If Americans are irked by this, they can cancel their membership, and many already have. But this does raise some serious questions about what role the new “global” ASQ should have in carrying out official US duties.

First, understand that ASQ is primarily a publishing company, and not a “membership society.” ASQ publishes a host of books, training materials, test preparation products and magazines, which it then only offers at a discount to members; those products are marketed to everyone, however, regardless of membership. ASQ will continue to do this, and it’s “global” rebranding is an attempt to stave of flagging US sales by appealing to non-US markets. Again, it’s ASQ’s right to do so.

Next, however, you must recognize that ASQ has a long history of conflicting its official duties with its publishing and revenue aims. ASQ is tasked with managing key US Technical Advisory Groups (TAGs) in order to develop official US positions on matters pertaining to industry standards. The US TAG 176, for example, is convened to develop official US positions and draft texts on the ISO 9000 series of quality system standards. ASQ acts as the official Secretary for that role, and manages meetings, processes complaints against members, runs schedules, and then oversees individual member activities.

However, ASQ has conflicted its role in the US TAG 176 so that it’s subservient to ASQ’s greater sales goals. For example, the ASQ Secretary Jennifer Admussen has repeatedly refused to respond to issues about TAG 176 elections, TAG activities and TAG fundraising, even though she’s tasked with managing those issues. Instead, Admussen launched professional smear campaigns against the complainants.  In one case, Admussen tried to scuttle a speech at Fordham University on ISO 9001 given by me, and suggested I be replaced by some of ASQ’s writers, such as Jack West or Lorri Hunt. This was a craven move to ensure that any ISO 9001 event was tied to ASQ’s marketing.

The ASQ Secretary has also refused to uphold official ISO and ANSI rules which require TAG membership to be evenly distributed, without any single “interest category” dominating the proceedings. This is, per the ANSI rules of procedure for the TAG, the job of the Secretary. Nevertheless, for decades key ASQ writers such as Jack West and Charles Cianfrani have been allowed to intentionally falsify their interest category so that they were not listed as consultants but something else, despite being two of the world’s most famous ISO 9001 consultants.

Since both West and Cianfrani are such “favored” ASQ writers, ASQ editors have seen grant them special column inches in ASQ publications, despite peer review rules saying that submissions be reviewed “blind,” without consideration of the author. Multiple internal ASQ emails show the editors rejecting submissions on ISO 9001 in order to give room for the approved authors, like (again) West, Cianfrani or Hunt.

When TAG leader Denise Robitaille wrote articles which announced some dubious fundraising for the US TAG, asking for $50,000-a-pop donations, the ASQ Secretary should have assessed whether such fundraising was even legal under ASQ’s 501(c)(3) tax status. Instead, ASQ just ran Robitaille’s articles, and then refused to investigate. ASQ then never reported the fundraising on any annual tax filings, raising further questions as to whether it broke the law. (It’s likely no money was ever collected, because the dollar-value requests were so outlandish, thus saving ASQ from a far bigger headache.)

So if ASQ has been unsuccessful in separating its official duties from those of its publishing arm, then having its publishing arm re-branded for a focus external to the US raises a legitimate point which requires sober consideration: will ASQ no longer be able to adequately manage the TAGs to ensure US interests are put forth? Will it allow its hard-court press to market materials to China, India and Mexico overwhelm its official duties on the US TAGs?

All signs point to yes, given its history.

Again, ASQ can do what it wants with its marketing and company operations. But when managing official US duties, it cannot. China, India and Mexico all have their TAG counterpart organizations, within their countries. Those committees work to represent the interests of their home countries. It is not workable to have the US TAG now be managed so that it grants further representation to those countries, at the expense of US interests. In this case, it is a zero-sum equation: the US only has one voice in ISO votes. If it surrenders that voice to another country, the other country’s voice has doubled, and the US has lost it entirely.

To make the imagery simpler, imagine if the US stopped attending United Nations meetings, and allowed representatives of China to sit in their seat and vote. Again, it’s zero-sum.

So ANSI must restructure the TAGs to have ASQ removed from all management immediately. ANSI can then take on the job itself, since ANSI is the official national standards body for the United States.

Any failure to do so will be catastrophic for the US’ position in ISO, and we will have further ceded our rights of self-determination on the world stage.