Oxebridge has received another important filing through its ISO Whistleblower Program, this one involving the ISO 9001 certification body Quality Registrar Systems (QRS) of the United Arab Emirates.

The ATIS proposal then granted the client a complete “guarantee” that it would receive certification from QRS.

Furthermore, the quote only proposed a price of 8000 Qatari riyals, or about $2,100 US. The proposal indicated that surveillance audits for years 2 and 3 were free, indicating that the price was either included in the cost of the initial audit, or QRS had no intention of actually performing them. 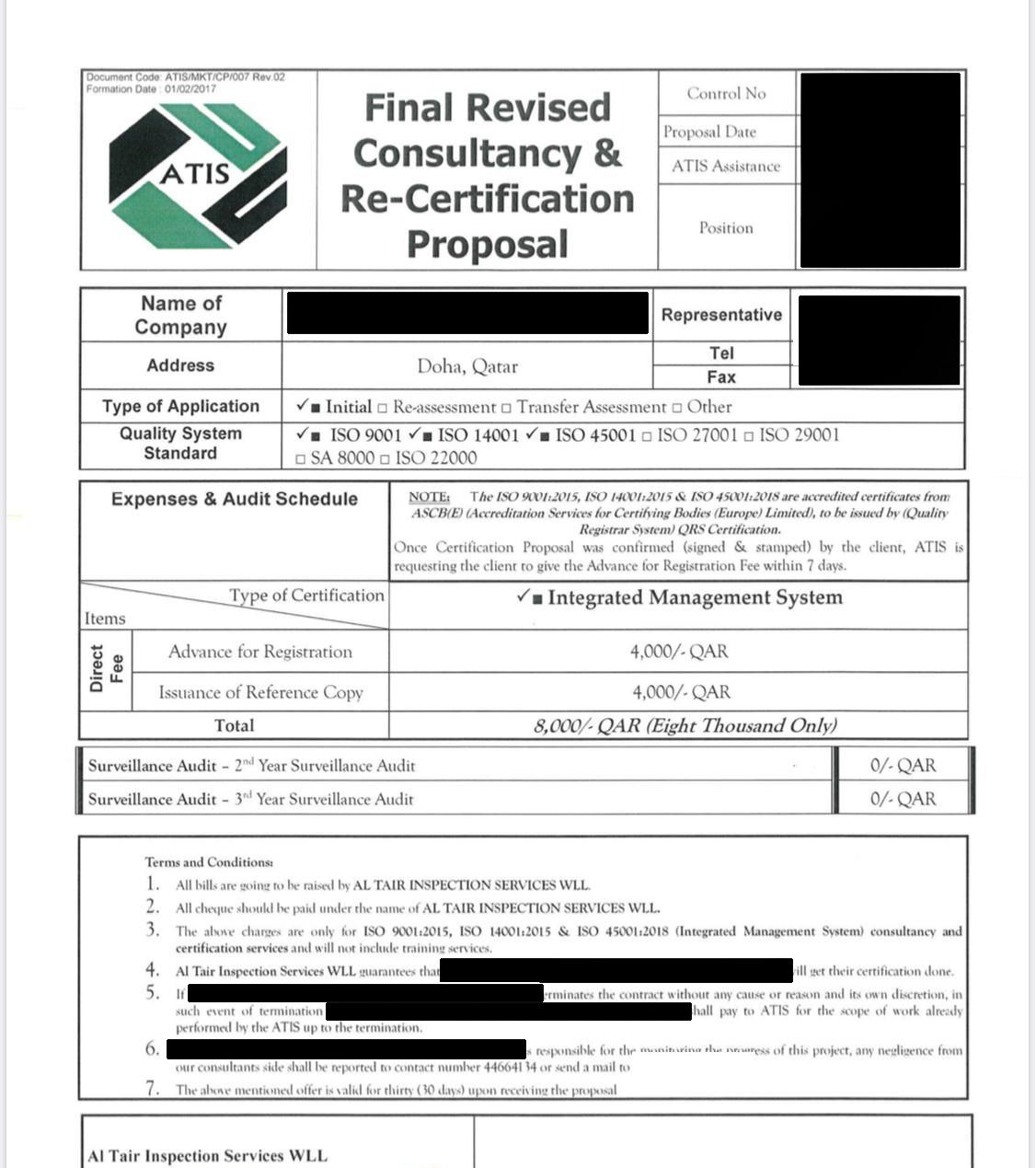 QRS is accredited by the United Arab Emirates body EIAC (formerly DAC), under ISO 17021-1. That standard prohibits certification bodies such as QRS from co-marketing their services alongside any specific consulting body, as well as prohibiting “guarantees” of certification. Furthermore, proposals for audits must be based on minimum audit duration requirements established in IAF Mandatory Document No. 5 (MD5), and calculated based on the size of the company. This includes calculations for surveillance audits.

If appears that ATIS once held a simple ISO 9001 certificate issued by QRS, but that has since lapsed. ATIS now appears to be illegally claiming that certificate acts as “accreditation” of its consulting services. 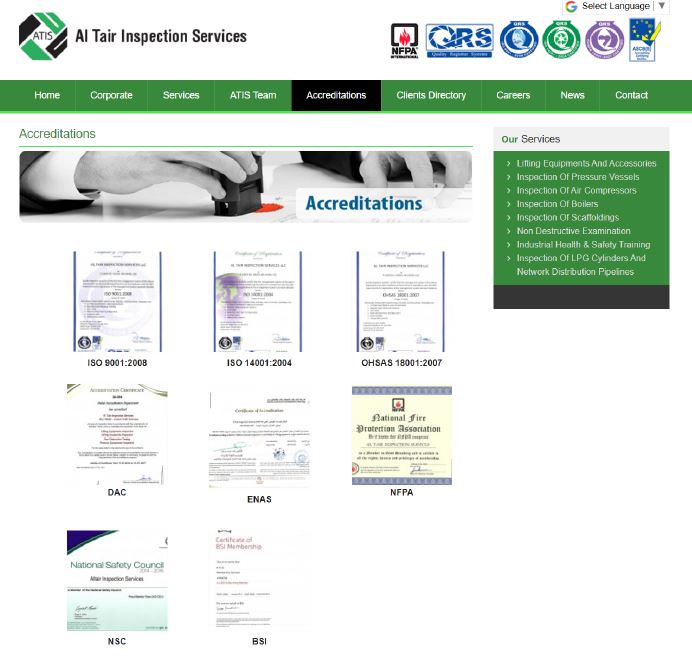 ATIS accreditations page before it was updated; screenshot taken 05-05-2020.

Oxebridge has filed a formal complaint with QRS and its accreditation body EIAC, demanding an investigation.

Oxebridge has not yet received confirmation of the complaint, but did notice that the ATIS website immediately removed the logos of QRS on its accreditation page, but continues to publish its expired ISO 9001:2008 certificate.

Al Tair Inspection Services of UAE is not to be confused with AltAir Inspections of Allen TX; the two companies are wholly unrelated.

The International Accreditation Forum and its regional member body APAC have been incapable and unwilling to crack down on false accreditation claims and fraudulent accreditation activities in the Middle East and India regions, opting instead to side with the various bodies and allow the unethical practices to continue.

UPDATE 2 September 2020: QRS has formally responded to the complaint and Oxebridge accepted their response. They have severed relationship with ATIS and claim to have taken corrective action to prevent such conflicts in the future.