Since the Russian invasion of Ukraine in February, the International Organization for Standardization (ISO) has held at least two high-level events supporting the participation of Russia and Belarus, both organized by an ISO staffer who, herself, is a Russian national.

Mariya Shabaldina was hired by ISO in April of 2021 as its new Regional Coordinator for Europe and Asia, and is tasked with expanding ISO sales and membership in regions including the former Soviet republics. Shabaldina obtained a Master’s Degree in Marketing from a Russian university in Samara. She is a full-time staffer at ISO, and performs other marketing duties.

Under Shabaldina’s coordination, ISO held at least two events involving Russia, after that country’s invasion of Ukraine. On February 28th, four days after the invasion, the new ISO President Ulrika Francke attended a monthly meeting of the Europe and Central Asia region, providing an update on her goals. The meeting was chaired by Shabaldina, and was held to inform the participants of the “implementation of the ISO Regional Engagement Policy to promote standardization” in Russia and the region. 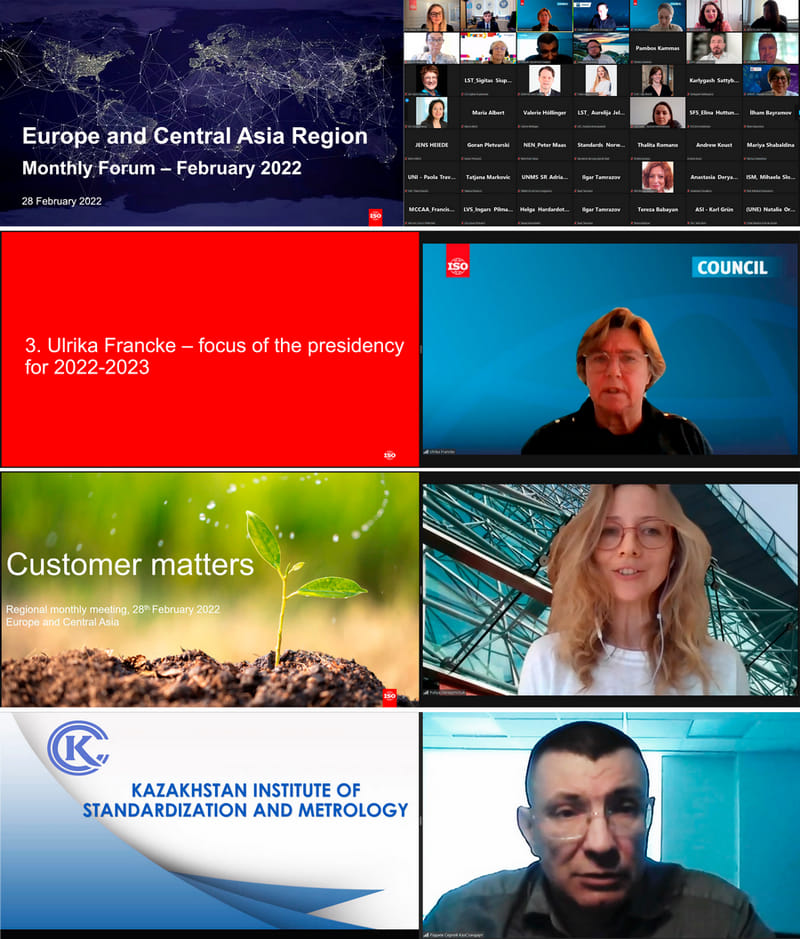 As reported earlier, on March 12 ISO Secretary-General Sergio Mujica then publicly congratulated the EASC, a regional standards group including Russia and Belarus, two weeks after the invasion.

Shabaldina then organized another official event, for the March meeting of the regional ISO group. At that meeting, the Vice Chair of the powerful ISO Technical Management Board (TMB), Sauw Kook Choy, appeared to present Russia and the other attendess an update on TMB “news and initiatives.” Mujica’s lieutenant, Deputy Secretary-General Silvio Dulinsky, then threw his support to the group and spoke “about himself and his work in ISO.” 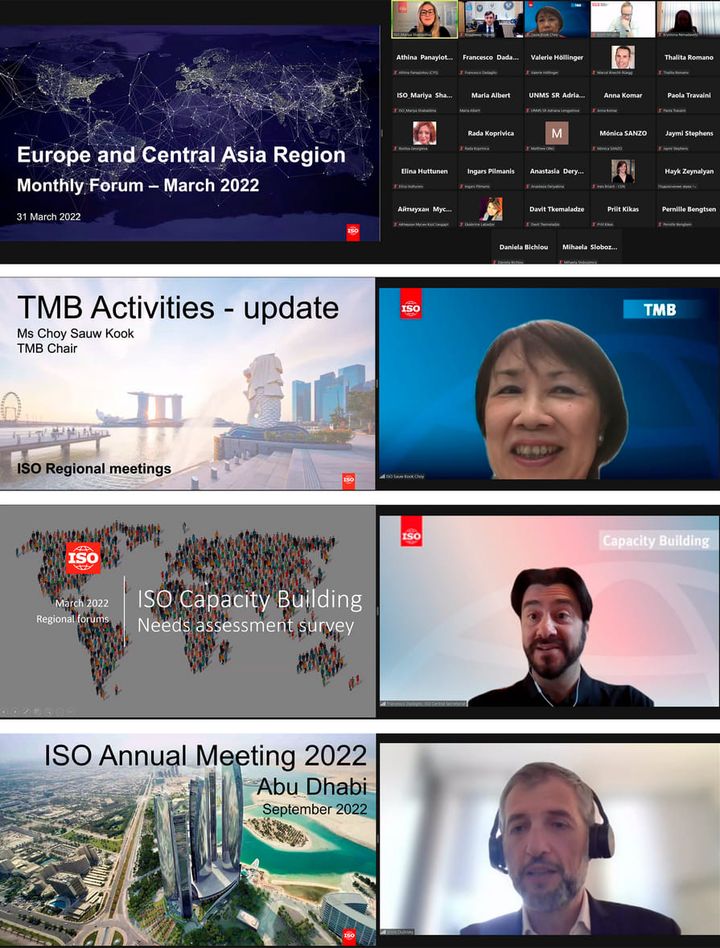 None of the meetings included any discussions on the Russian invasion of Ukraine, ISO’s responsibilities to honor international sanctions, nor any topics related at all with the ongoing military and humanitarian crisis.

To date, Russia has engaged in what many nations view as war crimes, having bombed a nuclear power plant, a children’s hospital, and having mined areas before retreating.

ISO continues to refuse to honor sanctions against Russia and Belarus, and has refused to remove the countries from important seats in official ISO committees, including at least one related to aerospace and defense standards. ISO is one of the last global NGOs to continue to openly partner with the Putin government.

Like her four predecessors, ISO President Francke has ties to China, having received an honorary professorship from a prominent university in Shangai. It is understood that ISO’s position in siding with Russia on the invasion of Ukraine is largely the result of ISO’s reticence to anger China, which it considers a significant global partner.

The presence of a Russian national on active, permanent staff within the Geneva headquarters of ISO only gives the Putin administration a stronger foothold in the management of the organization.

Predictably, ISO defended its decision not to honor sanctions by largely blaming the US standards body, ANSI.

ISO continues to sell its products in Russia and Belarus, directly through its online webstore, and through the Russian distributor Rosstandart.