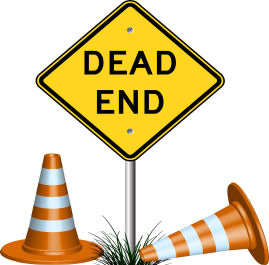 Unfortunately, it is unrealistic to build a global database of certificates when the bodies holding this information (I.e. Certification Bodies) are not on board with the concept and reluctant to share the data.

The main flaw appears to have been ISO’s assumption that those providing the data — the CBs and ABs — were the “stakeholders” and not ISO 9001 end user organizations or the public, who appear to have been left out of the project’s development activities entirely.

The hope was that ISO would have finally created a central database similar to the OASIS database used to capture AS9100 certifications for the aerospace industry. That program has proven that a single repository can work, if mandated upon the CB’s as part of their accreditation. Fees for OASIS are minimal, and passed down to the AS9100 end user organization.

Certification bodies have been resistant to any central database for decades, afraid that revealing their certificate totals would be used by competitors to gain market advantage. Sources within ISO were also not keen on the idea, as it would provide real-time, accurate data on ISO 9001 totals, something normally left under ISO’s editorial control when it releases its annual ISO Survey data. The data has been questioned on its accuracy, and ISO has been chastised for the surrounding spin accompanying each ISO Survey release.

A representative of the International Accreditation Forum, representing the Accreditation Bodies in question, indicated she did not have any information. IAF Secretary Elva Nilsen said, “I do not attend the ISO Council’s meeting, so only get the information second hand.”

In an embarrassing bit of timing, ISO had just released its latest issue of ISO Focus, which included small snippet boasting of the planned ISO CERTO project.

Oxebridge is pursuing additional sources for this story and will update it as appropriate.

(Richard Murdock contributed to this report.)