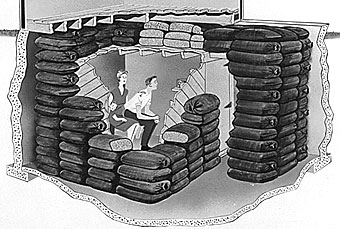 ISO 9001:2015, based on the Committee Draft (which is unlikely to change at all before it becomes a final standard), takes the vague “New Age” language of 9001:2000 and does the impossible: it makes it MORE vague. Defended as “removing prescription,” the requirements are barely requirements now, and more like a voodoo bruja’s recipe for love potion.

This is good news for consultants like me. Companies will have to hire consultants to interpret this mess, not only to implement from scratch, but to update their existing systems. Silver lining? Not so fast.

What it really means is that many companies will just drop it, rather than blow money on a consultant. This was true in 2000, in 2008 and will be the same in 2015. As I’ve said in numerous venues already, I predict the US will drop below 10,000 certs by 2017/2018, and half the US registrars will be out of business. The current pool of CBs cannot support 9,000 clients nationwide.

In light of that, there is a survival tactic that a progressive, aggressive CB could adopt to counter the inevitable losses. Mind you, they won’t, but there’s a way.

ISO and the IAF are unlikely to issue an official interpretation guide to go along with 9001:2015. They hate doing that. Even the Auditing Group merely issues guidance opinions, and nothing is binding. That won’t change, so we can’t expect any help from ISO on deciphering their mindless code.

Instead, a CB should issue a formal interpretation guide, publish it, and stick to it. The CB should develop a clause-by-clause guide on how it sees the standard, and what it expects to see. And yes, this can be written to satisfy any industry, both in service and manufacturing; if you don’t understand that, you’re a lousy writer.

Once published, clients have an understanding on what t expect during an audit. The CB must then TRAIN their auditors on this interpretation guide, and make it binding.

That’s the impossible part, not because it’s physically impossible, but because it will be expensive and one reality in the world is that registrars are cheap. But this implementation method would have to be drilled into the head of every auditor — staff and contractor — the CB uses. Ideally it should be about a week long, too. (Already the CB reps reading this are shaking their heads.) It must be clearly explained that “when you audit for us, this is how you interpret the standard. Forget anything that contradicts this interpretation.” (Now the auditors reading this are angry; they don’t like to be told what to do, especially by their boss.)

But if a CB would train its auditors, and stick to its interpretation, it would create a stable, safe zone for clients. They would understand how to implement the standard (hear that, CB’s? You can consult at last… sort of!) and know exactly what to expect during an audit. The number of per-auditor interpretations would be reduced, and disgruntled customers would be a thing of the past.

The opportunity is ripe, too. For the CB that does this, they’d have an easy win over the others. The game is rigged AGAINST registrars right now, because the standard plays into their prime weakness: arrogance. The standard requires the customer to interpret the rules, and registrar auditors love to IMPOSE their view, so conflict is inevitable. Clients will be dropping their registrars in droves. The CB that publishes and sticks to an interpretation guide — and spends the money to train its auditor pool — will be the one that sucks up those fleeing clients.

But it will cost money. That’s Business 101, but no one expects a certification body to know about business. They just tell other people how to run a business.