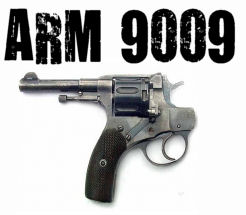 The Daryl Guberman / IndustrialPR Net machine is in full swing in the past two months, pushing a newly created certification scheme called ARM9009, purporting to be for firearm manufacturers.  Guberman, who runs the self-accredited certificate mill G-PMC LLC, which offers certificates for everything from Kosher foods, medical devices, airplane manufacturing to medical marijuana, promotes his company through a partnership with IndustrialPR Net, a paid press release service that, for about $80-90 will publish anyone’s press release and distribute it to shady news outlets that accept this sort of thing. Guberman has used this to prop himself up as a serious player in the world of ISO 9001, by writing his own press and then getting IndustrialPR Net to run the material. He’s even paid to have his notices appear on the dubious PRNewswire sign in NYC, but he never mentions the fact that these media announcements are crafted by his organizations and then paid for placement.

So we can expect to see lots of press about ARM9009, as the IndustrialPR Net spam machine works overtime to get the word out. There’s a problem though: false advertising is illegal, and the claims being made by Guberman and friends appear to range from highly distorted representations to absolute falsehoods. Let’s look at some of them.

From this October 31 press release:

From this October 8 press release:

From this press release:

And from this one:

From the official ARM9009 FAQ: