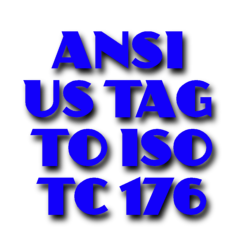 The US Technical Advisory Group to ISO/TC 176, the committee responsible for developing official US positions on ISO 9001 and other quality standards, has restored its membership roster on an internal web portal accessible by its members. The TAG leadership, led by then-Chair Alka Jarvis, had elected to remove the roster from the internal portal after members began emailing each other regarding a highly contested election, which resulted in Jarvis’ hand-picked successor, Paul Palmes, being elected the new Chair. Previously, the TAG leadership defended the move as an attempt to prevent the list from being used for spam and other unofficial communication, but found itself the recipient of a storm of criticism from members and the public who viewed the move as a means of ensuring the TAG leadership could operate in secrecy. The leadership has been criticized for allowing private consultants to overtake both the general membership and the leadership positions, thus enabling them to use their official TAG roles to enrich their private consulting practices. That allegation is now the subject of official complaints put before the US Federal Trade Commission (FTC) and the Internal Revenue Service (IRS).

Oxebridge also filed numerous unofficial complaints to the TAG and its management body ANSI, decrying the move, but both organizations claimed they could take no action until proper complaint paperwork was filled out. Meanwhile, the international ISO TC 176 committee claimed it was powerless to enforce ISO directives at the national level.

The roster is still not available to the public, but was published by Oxebridge in November 2015. Keeping the roster from the public may yet prove problematic for the US TAG and ANSI, which ran a fundraising campaign in 2012 to gather $100,000 to fund TAG expenses, under the claim that the TAG is a public charity; hiding the members of the group would complicate that claim, and the IRS is investigating.

The updated list reveals that there remains a strong dominance by private consultants, and a pattern of intentionally mis-categorizing members in order to hide that fact appears still in place. Oxebridge researched the roles of each of the 241 members, and found that 43 were mis-categorized. In many cases, consultants or registrars were listed as under the categories of “company” or “individual” rather than under their true stakeholder position, while 8 of 12 members listed as “individuals” were actually representatives of either consulting firms or registrars. A corrected analysis of the membership shows that consultants and registrars comprise 48% of the seats, and over 50% of the leadership positions. ISO and ANSI rules require that the committee be balanced, and that no single stakeholder group hold dominance, a rule that the TAG has violated for decades, and for which ANSI has declined to enforce.

Oxebridge has called for new Chair Paul Palmes to step down, so that new elections can be held under democratic conditions, based on nominations put forth by the members rather than and-picked by the leadership. Oxebridge has also called on the TAG to take actions to ensure the consultant dominance is broken, by ousting members who have shown a history of using their positions for personal gain.