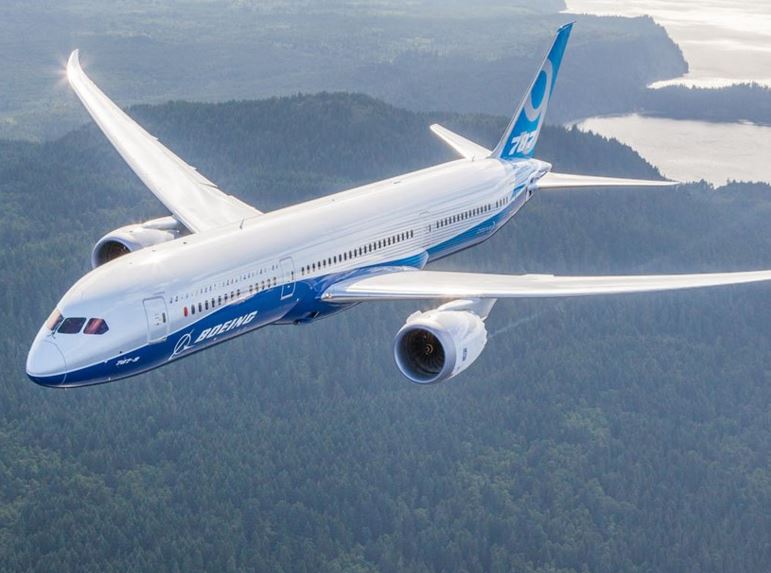 The beleaguered Boeing 787 Dreamliner is subject to another technical problem, as the FAA has issued an airworthiness directive citing an “urgent safety issue” due to the potential for some engines to shut down automatically during flight when faced with certain icing conditions.

The FAA alert reported, “Susceptibility to heavy fan blade rubs, if not corrected, could result in engine damage and a possible in-flight non-restartable power loss of one or both engines,” and affects 43 Dreamliners currently in operation in the US, with a likely impact on a total of 176 worldwide. The warning will result in some aircraft being grounded.

The urgency of this issue stems from the safety concern over continued safe flight and landing for airplanes that are powered by two GEnx-1B PIP2 engines operating in a similar environment to the event airplane. In this case both GEnx-1B PIP2 engines may be similarly damaged and unable to be restarted in flight. The potential for common cause failure of both engines in flight is an urgent safety issue.

The GEnx-1B PIP2 engines covered by the alert are produced by General Electrics aircraft division. This particular model was touted as a “Performance Improvement Package” resulting in the “PIP2” designation. 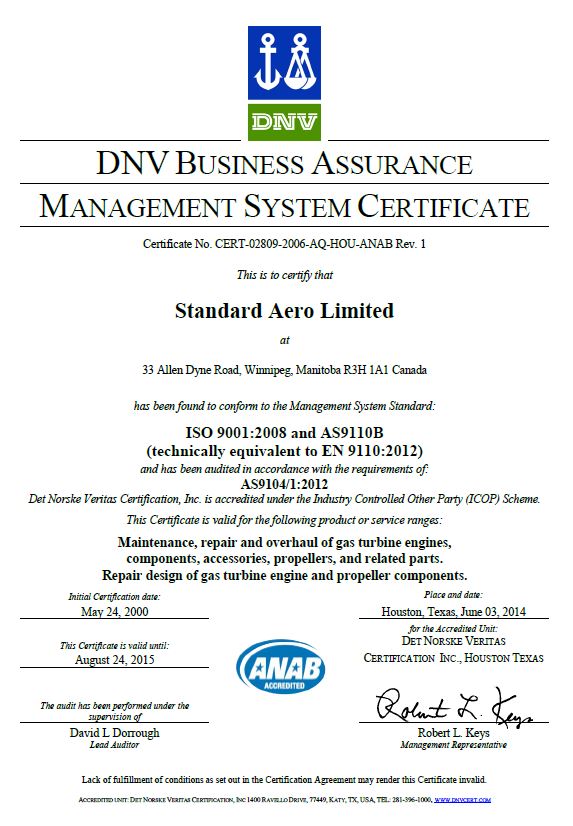 The engines underwent icing tests at the StandardAero Testing, Research and Development Center in Winnipeg in 2012. According to Aviation Week, the “$50 million site was developed after GE was forced to move its existing icing facility from Montreal Mirabel Airport due to expansion at the Quebec Airport” and the GEnx-1B PIP2 tests were one of the first round of tests done after the site received FAA certification. The site was specifically built for low-temperature icing tests, taking advantage of the Winnipeg weather conditions.

The site was also certified to AS9110, the aerospace quality management system standard for aircraft maintenance, repair and overhaul (MRO) facilities, under a certificate issued by DNV Business Assurance. The certificate indicates the lead auditor was Dave Dorrough and was signed by DNV Aerospace Program/Sector Manager Robert L. Keys.

Mr. Keys has been a prominent figure within the International Aerospace Quality Group (IAQG) which publishes the AS9100 series of standards. In December 2015, Mr. Keys represented DNV on the official IAQG committee responsible for updating AS9101, the rules for aerospace auditors. In 2014, he was interviewed by Quality Magazine on the AS9100 scheme.

In 2010, Standard Aero Corporate Director of Quality and Flight Safety Leon Dodd boasted of the AS9110 certification for the Winnipeg facility in the magazine Canadian Fabrication and Welding.

It is not clear how a facility specifically designed for icing tests could have achieved AS9110 certification and then have the very engines they tested later recalled by FAA for problems related to icing.

The Boeing Dreamliner has been plagued with production delays, budget overruns and quality problems, including a series of high-profile battery fires and a software glitch that could result in the plane shutting down, mid-flight. The Dreamliner has been criticized as being over-reliant on subcontractors and third party manufacturers, despite Boeing aggressively flowing down ISO 9001 and AS9100 on such subtier suppliers. The aircraft has become an embarrassment for the AS9100 certification scheme and IAQG, where Boeing holds positions in leadership.

The QMS certification schemes, including AS9100 and ISO 9001, have routinely failed to identify serious issues, some of which have resulted in death; the BP Oil management office responsible for Deepwater Horizon had been ISO 9001 certified, as had the Takata airbag manufacturing facilities. The certification bodies’ standard defense is that ISO and AS certifications are “just samples” representative only of the evidence witnessed during a few days of auditing, and cannot possibly discover quality problems, despite language on the resulting certificates not including such caveats. To date, not a single US certification body has been investigated or held accountable, despite the increasing questions over the efficacy of such certifications, and the allegations of corruption within the accreditation scheme itself. Such certifications are typically mandatory to gain access to lucrative government or aerospace prime contracts, such as those for Boeing.

The Standard Aero, BP and Takata certificates were all issued under the banner of the US accreditation body ANAB, which is managed by the American National Standards Institute (ANSI); ANSI CEO Joe Bhatia has refused to comment on the problems with the scheme, despite having assured Congress in 2012 of its validity and trustworthiness.

DNV was embroiled in a minor scandal previously, when the former Director of Aviation, Space & Defense Services Sidney Vianna publicly stated that user feedback on standards such as AS9100 was “moronic” and that “too much democracy and openness can certainly kill any standards development.”  Mr. Vianna, who had worked with Mr. Keys on the IAQG, has since be reassigned to an engineering role in DNV’s Maritime division.

Oxebridge has argued that lax oversight of ISO and AS certification bodies, due to how fees are paid to ANAB by the CBs, has led to the issuance of certificates to any organization, regardless of the state of their quality system. Oxebridge has further argued that the IAQG’s “culture of cronyism” relies on the the participation of handful of insiders, and refuses to allow participation by the supply chain, thus resulting in an insulated view that ignores industry safety and other stakeholder concerns.

Mr. Dorrough, Mr. Keys and Mr. Dodd have all been contacted for comment, but have not yet replied.