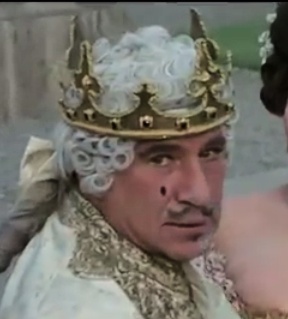 ISO 9001 registrar DNV’s Director of Aviation, Space & Defense Services Sidney Vianna sits on the AAQG committee responsible for drafting the next edition of AS9100, and frequently gives seminars on topics related to ISO 9001 standards development. Despite the fact that his employer relies on the revenue provided by end users of such standards, Mr. Vianna has repeatedly and publicly denounced them.

In one LinkedIn post, Mr. Vianna unleashed a salvo against users, saying that user feedback on standards is “moronic.” He unabashedly complains about the need for groups like ISO or AAQG to even have to consider stakeholder feedback to begin with.

[If] you have been involved with standard development activities, you know that the consensus approach to standards development forces us to disposition all comments received by stakeholders. Many of the comments offered as part of the feedback process is [sc] moronic. Last week, I was involved with review and disposition of comments offered to the AS9100 Rev. D revision and we had to spend a significant percentage of our time to review comments that were clearly offered by someone who does not understand modern quality management.

Note how in the Vianna viewpoint, the beleaguered standards developers are “forced” to disposition the feedback of morons. The rules require user feedback in order to ensure the resulting standards are reflective of industry stakeholder needs, and to ensure they eventually sell.

Yet with a shocking lack of self-awareness, Sidney then goes on to say, “Some people believe that just because they work for an organization that is certified to ISO 9001 (or any other QMS standard) [it] makes them an instant expert in quality management.”

Such a thing to say is not only insulting to his own customers, but when scrutinized, Mr. Vianna himself doesn’t even meet the criteria level he criticizes others for; he has never actually worked for a company that was ISO 9001 or AS9100 certified. The entirely of his ISO experience comes from a 36 hour Lead Assessor course, followed by years of selling ISO 9001, and moving up the DNV management chain. On his own blog, he defines himself as “a veteran of the accredited management system certification business” — not as an actual user of the standards themselves. He has not spent a day actually working under an ISO or AS system, and yet he is now on the AAQG board responsible for developing the next AS9100 standard. Without any actual implementation or user experience, he nevertheless presents himself as a “leading expert” on ISO 9001 and AS9100. The Peasants are Revolting

Mr. Vianna then argues that handling the feedback of those unwashed ISO users is just too difficult for TC 176. He alleges to be an “aviation, space and defense” expert, and yet cannot imagine a process by which aviation engineers and rocket scientists — along with their counterparts in automotive and countless other industries — can possibly “review, reconcile, group and act upon” a 1% rate of user feedback.

Apparently, Mr. Vianna was not aware that ISO utilizes the professional survey firm Nielsen — the same firm that manages billions of TV ratings data points — to crunch numbers for ISO.

He continues, expanding his argument against the democratic process itself.

TC 176 has to strike a balance between transparency and “controlled conditions”. If they try to keep the early draft versions of the future ISO 9001 document too close to the vest of a few individuals, they will be accused of not listening to stakeholders. While “too much democracy and openness” can certainly kill any standards development process, minimum levels of transparency are necessary. As you might be aware, some of the influential people in TAG’s and TC’s are accused of benefiting financially from their involvement in those organizations via books, lectures, etc…

There are a few points in that quote that are worth examining. First, that someone who gives lectures on DNV’s dime (in order to promote DNV) and routinely writes for the quality magazines, is now talking about other people “benefiting financially” from their work on the standards bodies. There’s also a tone of irritation in that comment, that seems to reveal he’s more angry about being called out on such profiteering, than the profiteering itself. That would make sense.

Next, that “too much democracy and openness can certainly kill standards development.” I’ll let that one sit without comment, other than to say the phrase “too much democracy” rarely goes over well with the public.
It’s Only Cheating if You Do It

This isn’t the first time Mr. Vianna has taken an anti-customer point of view. In a May 2008 Quality Digest article, he blamed the registrar practice of “soft-grading” nonconformities not on the auditors, but on the audited organizations:

Some misguided clients apply undue pressure on the CB auditors not to report nonconformities, trying to artificially boost their audit scores and prevent the initiation of corrective action requests, which could be time-consuming and require significant investments to perform root cause analysis and implement fixes.

Where an external auditor does not have the time to make a determination if a single lapse is indicative of a systemic breakdown, s/he could trigger an Investigation Request, an instrument that would force the organization to delve into the situation and determine if that single failure, when probed, led to additional instances of similar problems. If that investigation showed no further problems, the situation would be resolved with a simple correction and no need for “artificial” corrective actions.

Under Mr. Vianna’s worldview, if a client suggests a finding doesn’t rise to the level of nonconformity, that’s “applying undue pressure” and we should chastise those companies as “misguided” cheaters trying “artificially boost” their audit results.  But if an auditor runs out of time because of bad audit planning, soft-grading is not only acceptable, we should rewrite international accreditation standards to allow for it.

All Animals Are Equal, But…

On the now defunct AAQG LinkedIn forum — deleted by AAQG (and possibly at the hand of Sidney himself) after a flood of user criticism on the new AS auditing practices — he posted that “the real users of AS9100 are the aerospace primes” and not the companies who actually pay for the standard and pay for the audits. This comment, posted with surprising honesty, reveals the previously guarded position held by AAQG/IAQG that AS9100 is now a 2nd party audit scheme merely carried out by accredited registrars, who do the bidding of Boeing and a handful of other companies, and not an objective third party scheme at all.  Of course this is not how AS9100 is marketed, nor does such language appear on the certificates which are then presented to the public, but it’s the true view of Sidney and his AAQG/IAQG cohorts.

Normally that view remains behind the closed doors of IAQG meetings. Opening with swipe at customers, this one from July 2004, Sidney once wrote (emphasis added):

Few people pay attention to the forewords of international standards. If they did, they might be surprised by what they learn. For example, the foreword of AS9100 Revision B states, “The establishment of common requirements, for use at all levels of the supply chain, by organizations around the world, should result in improved quality and safety and decreased costs, due to the elimination or reduction of organization-unique requirements and the resultant variation inherent in these multiple expectations.”

In contrast, when it comes to writing fluff pieces to help promote DNV, the standard’s users are suddenly “organizations around the world” and not merely the aerospace primes.

This means that if you buy audit services from DNV and Sidney Vianna, they don’t actually view you as their customer. Which then raises questions on how, exactly, DNV meets the ISO 17021 requirements for processing customer complaints. One way to ensure you have a low rate of customer complaints is redefining what a “customer” is.

It’s curious (at least) to see how someone with such an anti-customer viewpoint, so publicly paraded without a shred of irony, can be the top sales director for DNV’s AS9100 wing. Who would want to buy something from someone who thinks his customers are moronic, misguided, illiterate scammers?

ISO 9001 and AS9100 end users organizations of every size and shape must push back against this type of elitist thinking, and remind those writing the standards that ultimately they do so only because of revenue generated by such users. When the users stop buying standards and paying for audits, salesmen like Mr. Vianna go home, unemployed.