Oxebridge has filed a formal complaint against the Dutch certification body EIK Certificering, alleging it is providing consulting under the brand name EIK Consultancy, a violation of ISO 17021-1.

Both brands share the same logo, same physical address, same contact phone numbers, and same Dutch Chamber of Commerce KvK registry number. The LinkedIn profile for Sandra Hanke, the director of  EIK Certificering, lists her as also working for EIK Consultancy. All of the EIK Consultancy consultants are also senior managers and Lead Auditors of the certification body. 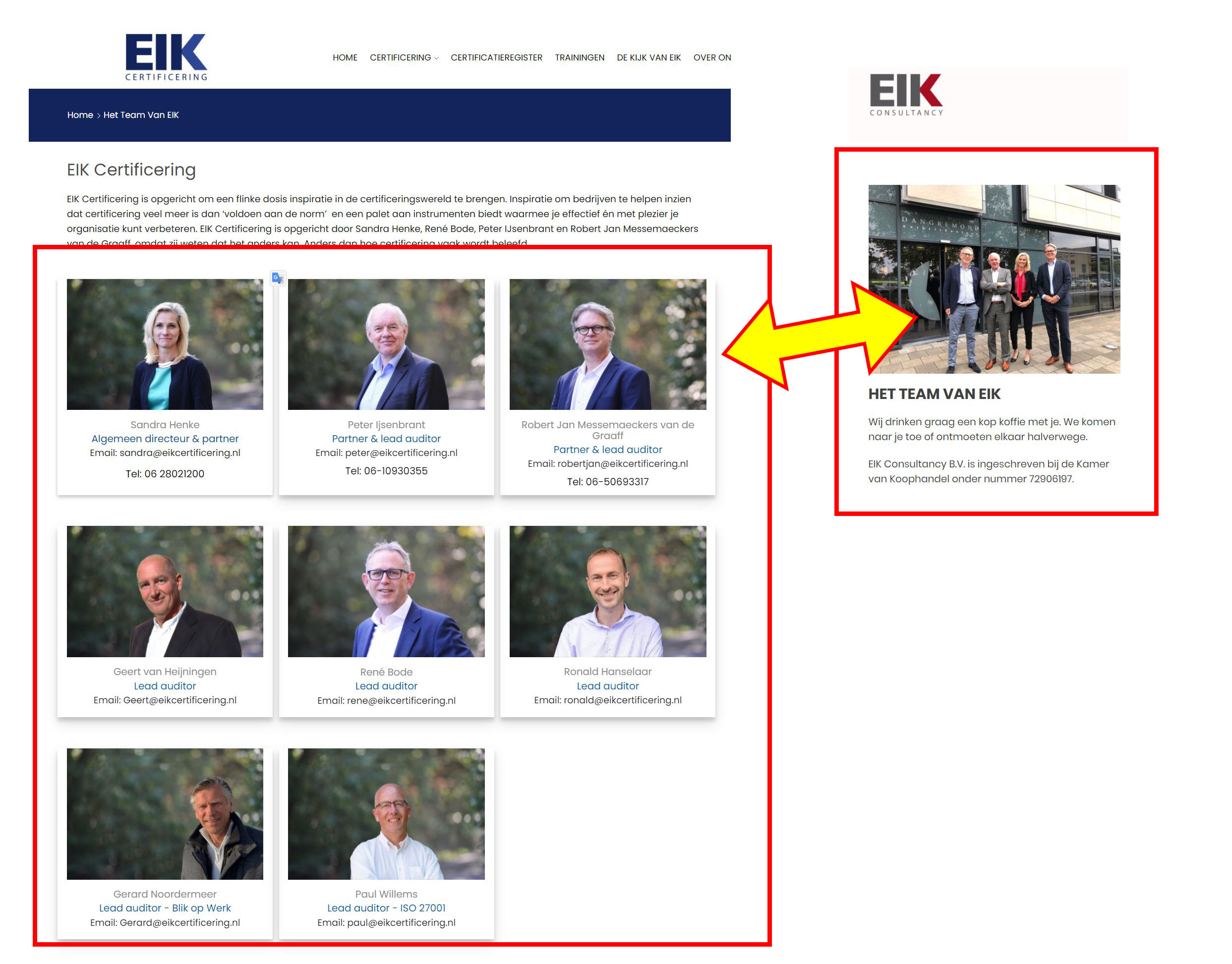 ISO 17021-1 prohibits an accredited CB, or any organization that operates as part of the CB’s legal entity and under the same management, from providing management system consultancy.

Nevertheless, EIK is accredited by the official Dutch accreditation body Raad voor Accreditatie (RvA), which is an official IAF member.

Increasingly, the IAF and ISO/CASCO have made it easier for certification bodies to skirt long-standing rules against providing certification to their own consulting clients. Whereas in the 1990s and 2000s the practice was frowned upon and enforced through de-accreditation, IAF member ABs now explain the conflict away by saying the CB’s need only have a “risk management plan” on hand to show there is no conflict. Such plans are never physically produced nor available to the public, making their actual existence suspect. When asked to produce evidence of such plans, the CBs and ABs cite “confidentiality” rules.

The Dutch body RvA had previously held a high reputation in the industry as one of the tougher bodies, with greater enforcement activities. In recent years, however, RvA has been found to ignore complaints or make excuses for open CB abuses and accreditation violations.

Years of neglecting the growing “certificate mill” problem have led to a new reality, where fully-accredited CBs find their main competitors are unaccredited, or self-accredited, mills producing fake or fraudulent ISO certificates. Rather than work with governments to make fake certificates illegal, the IAF and accredited bodies are loosening enforcement in order to throw the bodies a temporary financial lifeline, by allowing them to sell more and more consulting services.

The complaint must be now processed by EIK or will be escalated to RvA.