The Russian firm Caspian Pipeline Consortium-R is under criminal investigation for initially lying about the extent of an oil spill in the Black Sea, according to media reports. The company holds ISO 14001 certification for its environmental management system from Bureau Veritas, and has claimed such certifications “guarantee” its environmental safety.

According to scientists quoted in the Moscow Times, the oil spill was 400 times larger than originally reported by Caspian.

A Russian-Kazakh consortium said Monday that 12 cubic meters of oil had spread over 200 square meters on Saturday when a Greek-flagged tanker was taking on oil at a terminal in southern Russia. The Caspian Pipeline Consortium’s statement added that the situation was “normalized” by Sunday and did not pose a threat to local wildlife or humans.

But the Russian Academy of Science’s (RAN) space research institute said a satellite image taken on Sunday showed the size of the oil spill to be almost 80 square kilometers, with a 19-kilometer oil slick stretching from the shore to the open sea.

The scandal has resulted in a criminal investigation, according to AP.

At the same time, Caspian Pipeline holds multiple certifications for its quality, environmental and safety systems. The official Caspian website claims “CPC guarantees efficient and environmentally safe movement of crude oil,” while linking to a page featuring its Bureau Veritas and other certifications. 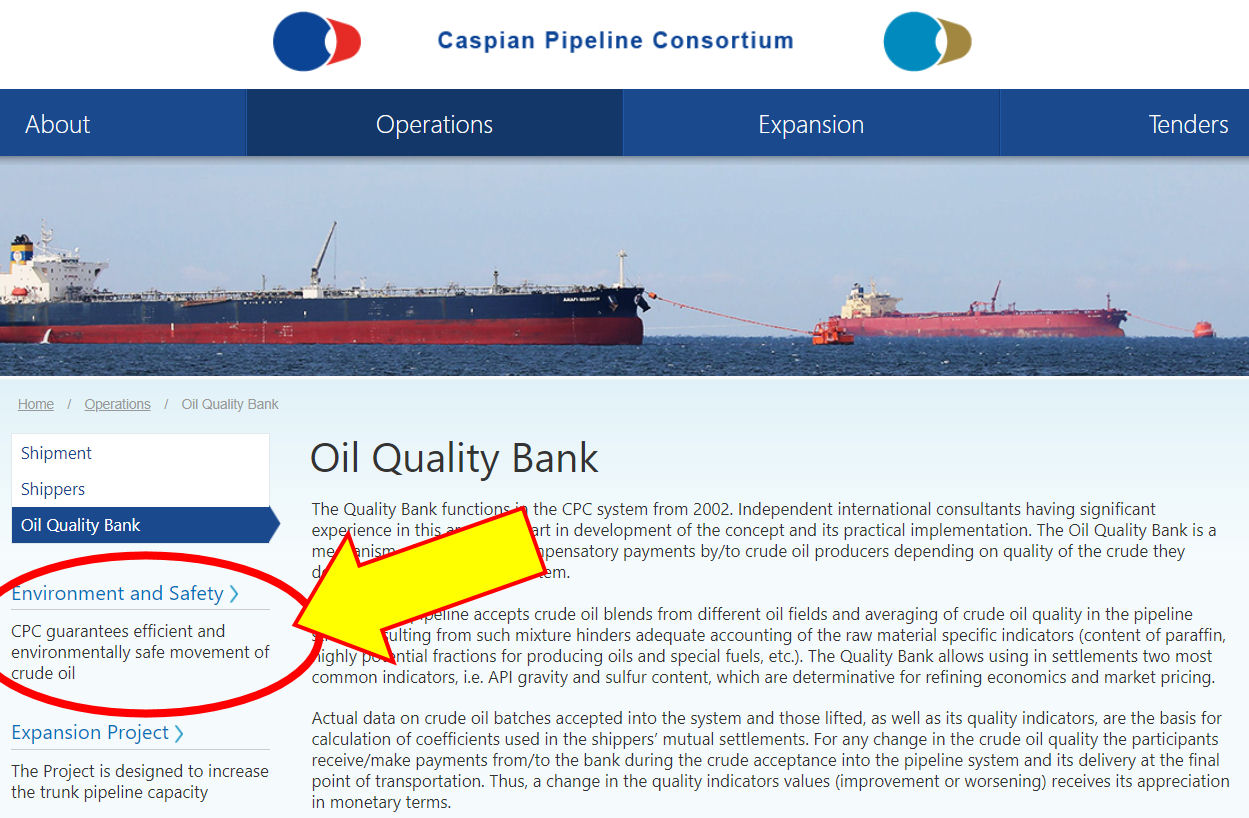 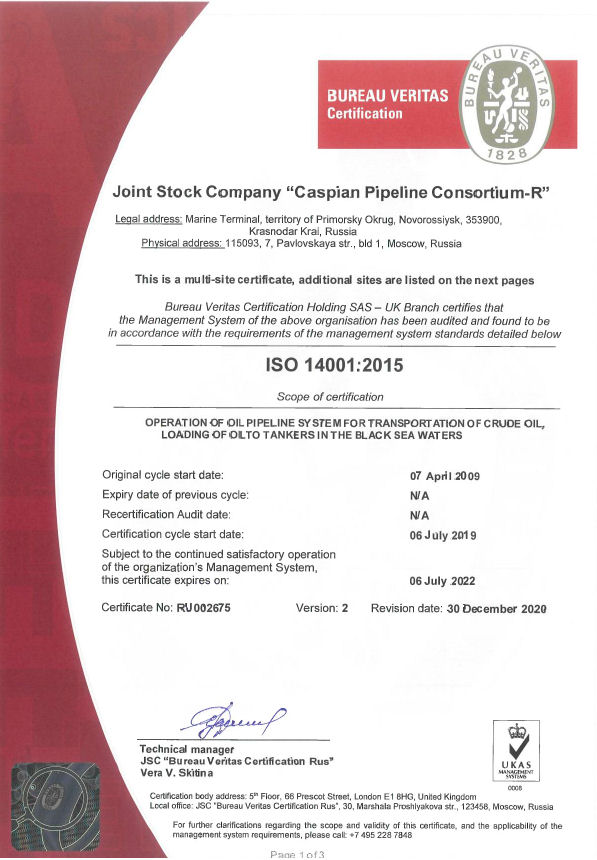 In 2020, another Russian Firm, Norilsk Nickel, was found responsible for a massive oil spill in Siberia, while also holding ISO 14001 certification from Bureau Veritas.