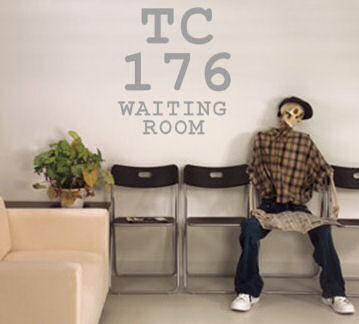 As written about earlier, I submitted an official request for interpretation regarding ISO 9001 to ISO Technical Committee 176, and it languished (one presumes) in a space-time paradox for the past eight months. Naturally, after writing an article about it, I finally got a reply.

(Side note: anyone who says this blog is ineffective isn’t paying attention.)

There are two angles to this story. The first is ISO’s reply, and its implications. The second is how completely broken ISO’s feedback processes are. Let’s take them one at a time.

ISO Writes Your Quality Policy, So You Don’t Have To

The answer, officially given to me today by an ANSI rep, is “No.” Per TC 176, the QP must directly mention “continual improvement” and not rely on inference.

As usual, there’s a lot of nuance that TC 176 is ignoring. Yes, literally using the words “continual improvement” is a slam-dunk. But what about “improvement on a continual basis”? Still OK? Well what about “ongoing amelioration”? That’s less clear, but it shouldn’t be since it just uses synonyms.

What about “we will always strive to do better” or “we will push to exceed our targets”? Still OK? Maybe, but it’s less clear, and now it’s up to interpretation.

Finally, consider this: “Move Forward.” It is unlikely that would pass muster under an ISO 9001 auditor, even if it likely implies a dedication to continual improvement. The point of the question was to ask if slogans would work, and TC 176 has said,”No.”

This tiny test was critically important, although TC 176 probably has no idea of the trap they just fell into. ISO is disallowed from being prescriptive in their standards, which are supposed to present requirements, sure, but in a way that allows the user to determine how to meet those requirements. For example, ISO 9001 can say “auditors shall not audit their own work,” but cannot say “all internal auditors must wear blue shirts.”

With this ruling, TC 176 breaks this rule. This confirms that they are literally writing the Quality Policies of end user organizations, down to the very words to use. If you are able to develop phrasing that can be interpreted as meeting the requirement, this is insufficient.  Your QP must “specifically include wording” regarding continual improvement.

That’s a lot like telling people to wear blue shirts.

This later led into a discussion on LinkedIn about whether a simple thing like this would result in denying ISO 9001 certification to a company like Apple — which doesn’t have a Quality Policy at all, but which manages to make a few dollars selling products. It seems according to TC 176, no, Apple wouldn’t get ISO 9001 certified for this minor quibble. Fly Me To The Moon 40 Times

By the way, to generate that two-letter word answer, it took ISO nearly the same amount of time as it takes to gestate and birth an entire human being. In that same time period, you could have gotten an MBA degree while waiting. You could have flown to Moon and back … forty times. You could have built an entire house. You could have… ah, you get the picture.

And as of press time, the list of Official Interpretations still hasn’t been updated since 2011, and they haven’t responded to questions about it for nearly a year. This means that not only can TC 176 stretch credibility to the breaking point by taking eight months to respond to a request for interpretation, they don’t even have to publish the results when they’re finished. That’s helpful to exactly zero people.

This represents a more significant problem for ISO than the fact that they are, in effect, writing Quality Policies for standards users. WTO regulations and ISO core principles require that ISO remain open, transparent, relevant and engaging with stakeholders. TC 176 — which is ISO 9001 certified itself — has a responsibility to respond to customer feedback.

By taking an impossibly long time to respond to a simple request for interpretation, and then refusing to publish the results year after year, TC 176 is revealing that it doesn’t care at all what its users think, what problems they face, and that they have no serious intent to ever consider their customers.