A deadly second wave of COVID-19 infections in the Australian state of Victoria was driven by three private security firms, all of which held ISO certifications attesting to their quality and workplace safety systems. 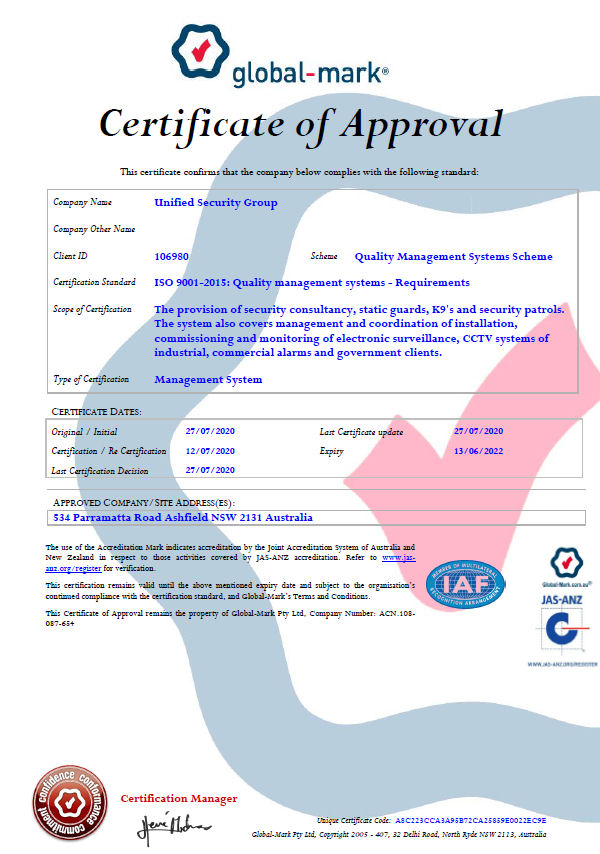 The firm Unified Security is facing multiple lawsuits and government investigations after having been given a contract worth over $40M AUS to provide security at 13 hotels in Victoria. The contract held Unified responsible for providing personal protective equipment (PPE) and training related to hotel quarantine services. Nevertheless, the second COVID-19 outbreak was traced back to the Rydges Hotel in Carlton, Victoria, where Unified had been working.

A second hotel traced to the COVID-19 spread was the Stamford Plaza, which was under quarantine security services operated by MSS Security. MSS was also certified to the same three standards, but by the certification body SAI Global. SAI is also accredited by JAS-ANZ. The certificates were signed by SAI’s risk officer, Nicole Grantham.

A third security firm, Wilson Security, has been accused of attempting a cover-up after it was found to have back-dated emails related to subcontractors used on its quarantine-related security services.  No COVID-19 cases were found at the hotels managed by Wilson, but if the cover-up allegations are proven, criminal arrests of Wilson executives are likely.

Wilson also holds ISO 9001, ISO 14001 and AS/NZS 4801. They hold an additional certification to the occupational health and safety standards OHSAS 18001. Its certificates were signed by SAI’s Heather Mahon, and were also accredited by JAS-ANZ.

The second COVID-19 wave resulted in a secondary lockdown of citizens in Victoria.

Despite the widespread reporting of the incidents and the three firms’ roles in the COVID-19 wave, none of the companies have seen their certifications withdrawn.

A CB can withdraw a certification when there is reasonable suspicion that the company no longer complies with the standard involved; alternatively, it may issue a “special audit” to confirm current compliance. It is not clear if any special audits were conducted.

Under international accreditation rules, it should not be possible that the companies retain their certifications. 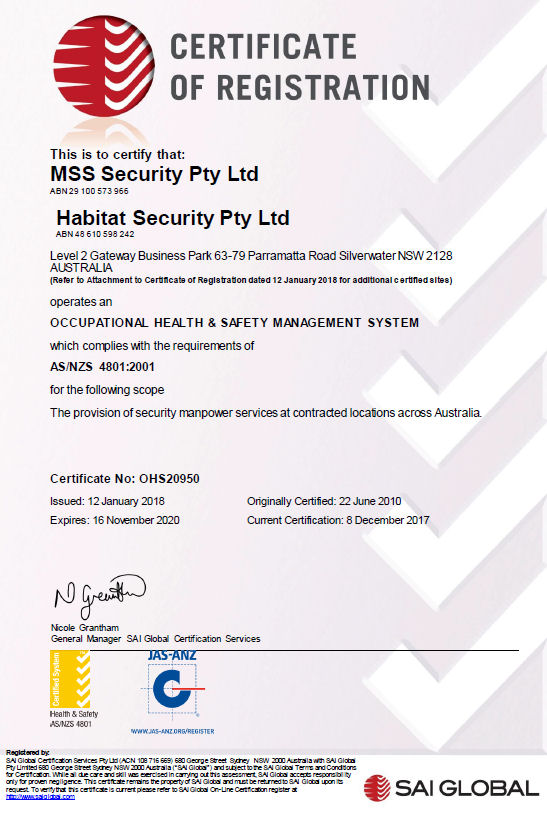 The accreditation body JAS-ANZ is a signatory member of the International Accreditation Forum (IAF) and falls under the overwatch of the IAF regional body, APAC (Asian Pacific Accreditation Cooperation.) To date, both the IAF and APAC have consistently refused to properly investigate allegations of system failures or other official complaints submitted related to companies certified under their logos.

IAF has ignored scandals related to the bodies under its oversight, even when crimes were revealed or defective products resulted in the deaths of members of the public.

In the case of SAI, the signature of Nicole Grantham has appeared on ISO certificates for companies involved in multiple scandals. US Dept. of Defense auditors found 41 major AS9100 nonconformities at a Pratt Whitney site boasting a certificate signed by Grantham. She had also signed the certificates later traced back to two Chinese companies caught falsifying product data later sold to Moog for installation in aircraft. Other SAI certificates were issued to a submarine company forced to pay $109M to avoid criminal prosecution in the US for the falsification of metallurgical records. SAI also certified the Corpus Christi Army Depot CCAD, where arrests had been made after similar data falsification was uncovered. In all cases, SAI did not withdraw the certifications even after the crimes were reported.

Steve Keeling of JAS-ANZ and Graeme Drake of APAC have resisted calls to improve the actions by their organizations, acting instead to work to protect the certification bodies who pay them fees.

Oxebridge has so far been unsuccessful in calling on government officials to include ISO registrars and their accreditation bodies in official investigations after disasters, product-related deaths or major scandals. As a result, the IAF and its related accreditation partners have escaped scrutiny for decades, even as governments rely on the ISO certificates when awarding lucrative contracts.

Oxebridge argues that if the IAF and accreditation bodies complied with their requirements under ISO accreditation rules, lives would be saved and costs to the public dramatically reduced.