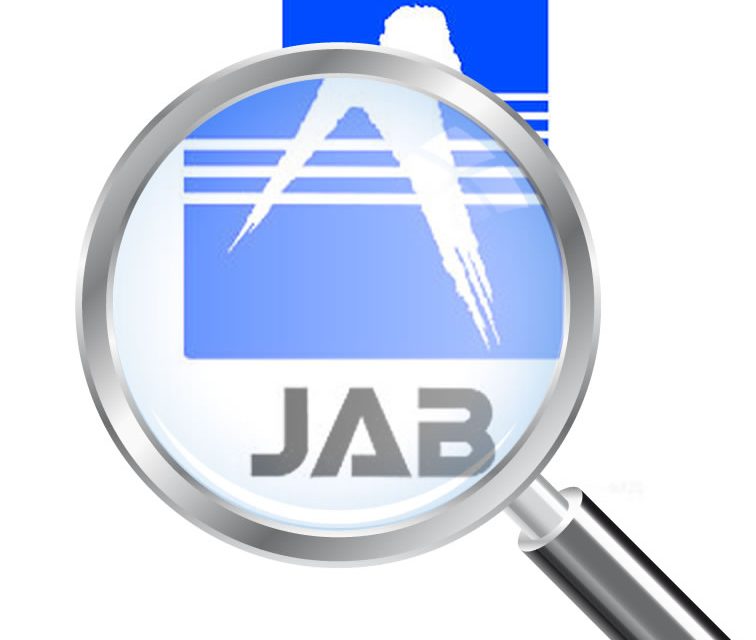 The accreditation body Japan Accreditation Board (JAB) is the single point of failure for multiple high-profile scandals.

Japan has been rocked by multiple high-profile manufacturing scandals and product recalls, most related to the companies intentionally falsifying material or product test reports, certifications or other documentation, allowing millions of defective or suspect products to be shipped as conforming.

Multiple subsidiaries of Kobe Steel were found to have falsified material test data for aluminum, copper and other products that were later sold to aircraft manufacturers. The Kobe Steel falsifications are thought to go back at least a decade. The various Kobe Steel companies involved each held ISO 9001 or related QMS certifications issued by Japanese certification bodies, all accredited by JAB. The Kobe plant in Hatano, for example, held a certification issued by Japan Quality Assurance (JQA).

The company Toray Hybrid Cord was found to have intentionally shipped out-of-specification industrial fiber to automotive manufacturers, specifically for tires, while it held ISO 9001 issued by JQA and accredited by JAB.

Hitachi Chemicals announced its data falsifications were found at all of its plants across Japan, affecting products sold to the automotive industry. It holds multiple ISO 9001 certifications issued by JQA, accredited by JAB.

The Kobe steel scandal alone is thought to have affected over 20,000 tons of metal sold to the aerospace manufacturing and other industries. The investigation has led to an indictment and criminal investigation of Kobe Steel and its executives, forcing multiple executives to resign. The company now faces a massive class-action lawsuit.

Because officials tend to take on each scandal or incident separately, investigators are unaware that the Japan Accreditation Board is the single connective tissue joining together the various Japanese scandals. Oxebridge is pressing investigators to include Japanese certification body and JAB auditors in their investigations, to find out what the auditors knew and if they were aware of the practices, why they did not report it to regulators or law enforcement.

Oxebridge is investigating the connection between multiple, world-spanning product recalls, patient deaths, scandals and disasters involving ISO 9001 or other certified companies. These include the Takata airbag deaths, the PIP breast implant scandal, the Deepwater Horizon disaster, the Miami bridge collapse, the VW emissions falsification scandal, and numerous product recalls. At this time some 45 investigations are ongoing or completed, affecting dozens of companies certified by certification bodies such as BSI, SAI Global, NSF-ISR, NQA, Bureau Veritas and DNV-GL. Each of these is then accredited by a handful of Accreditation Bodies such as JAB, UKAS and ANAB.

In many cases, had the Japanese companies not been granted ISO 9001 certification originally, they never would have been granted access to the production contracts that allowed them to then sell defective product. International accreditation rules under ISO 17021 require that the certifications should have been suspended or withdrawn once auditors noted the problems, but that appears never to have happened. In all cases where the certifications were withdrawn, this only occurred after widespread media reporting; in many cases, the companies maintained their ISO 9001 certification despite the reporting, and hold onto it still.

The current home page of JAB reads: “JAB contributes to your safety and efficiency – More confidence by being connected to the world.” A statement on the website by JAB President Yoshinori Iizuka says:

Third-party conformity assessment is a social system where a qualified third party assesses the conformity of an entity against a recognized standard. Assuming the standard and assessment process are adequate, this system improves the quality and efficiency of choices made in the value provision chain, which is essential in economic and social activities.

JAB and IAF officials were contacted for this article but did not respond.