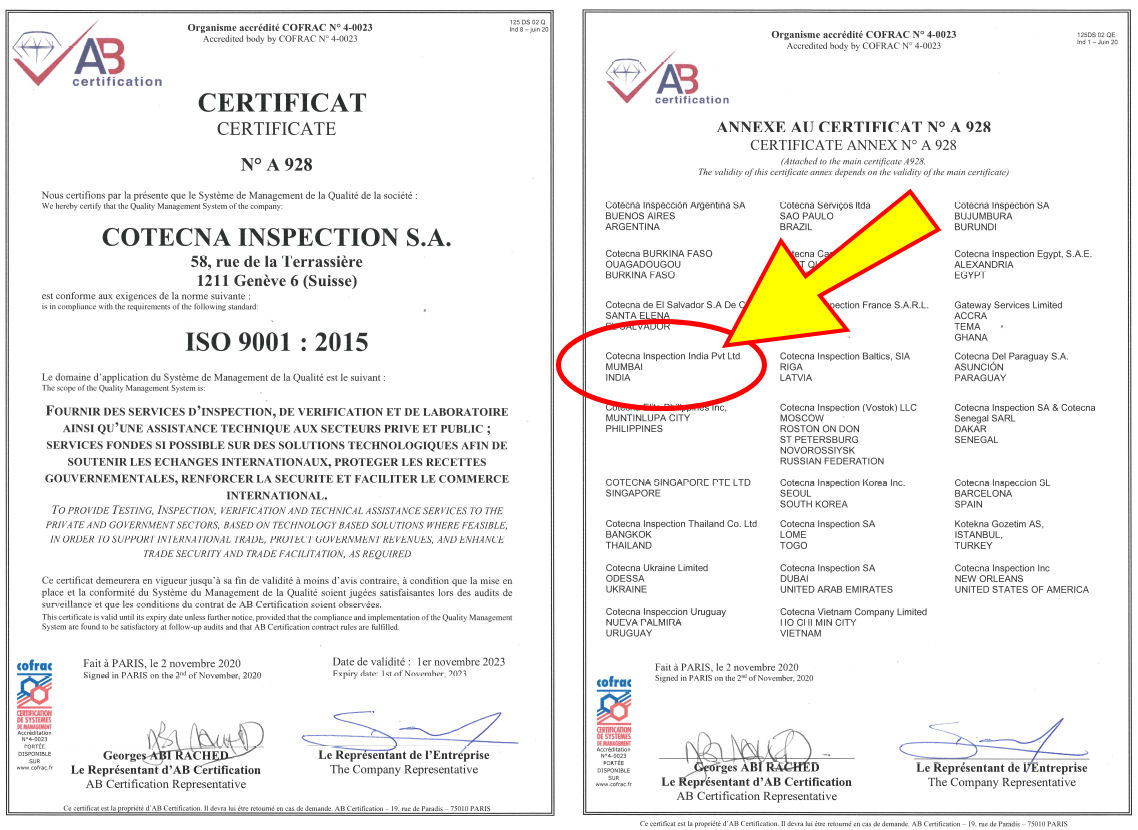 ISO 17021-1 prohibits one CB from issuing an ISO  9001 certificate to another CB, as an accreditation body cannot simultaneously act as a certification body. The understanding is that it is an insurmountable conflict of interest for a CB to also act as an AB. This can result in two specific conflicts: the body would find itself competing in the CB market against its own clients, thus jeopardizing its impartiality, or could end up accrediting its own CB clients. 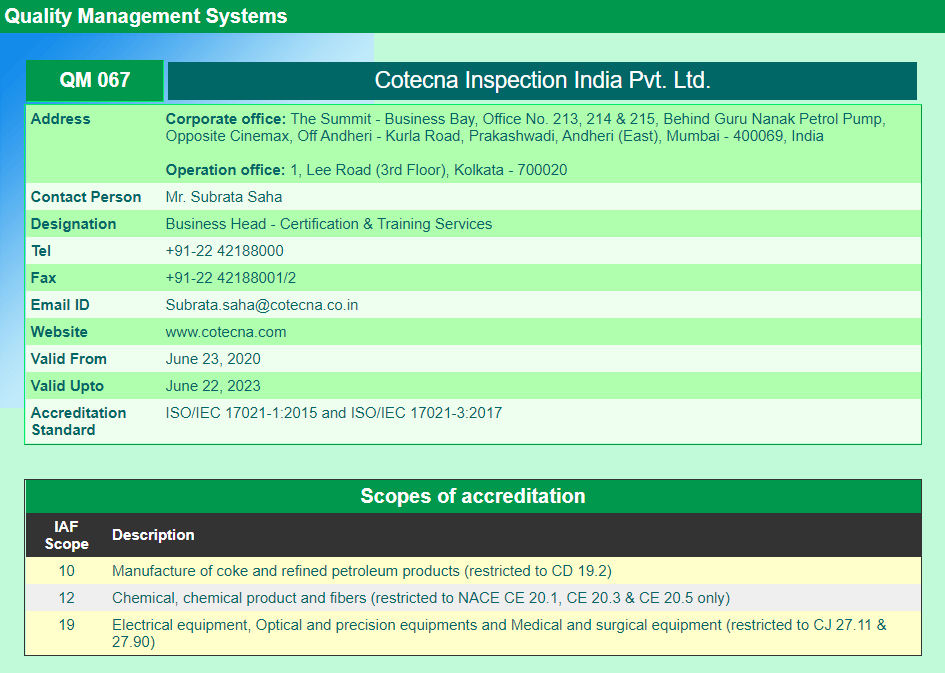 The issue shows the complicated maze of certification and accreditation rules which often go unenforced by oversight bodies, either due to confusion or incompetence. The ISO 9001 certificate was issued by AB Certification and accredited by the French body COFRAC, while the ISO 17021-1 accreditation was issued by NABCB. It is therefore difficult to fully understand which body erred first.

For now, Oxebridge has filed a formal complaint with AB Certifications in France. However, it may be discovered that NABCB is the party that violated international rules in accrediting Cotecna without knowing they already held ISO 9001 certification. Likewise, COFRAC may be the final party found responsible.

Copies of the complaint were sent to COFRAC, NABCB, the International Accreditation Forum (IAF), and the Asia Pacific Accreditation Cooperation (APAC). None of the bodies appears to have noticed the problem, which has gone on since at least 2020.

Oxebridge identified a similar conflict for the CB Russian Register, which had been granted an ISO 9001 certificate by the British body URS, even as it held ISO 17021-1 accreditation. In that case, URS withdrew the ISO 9001 certificate in response to Oxebridge’s filing.