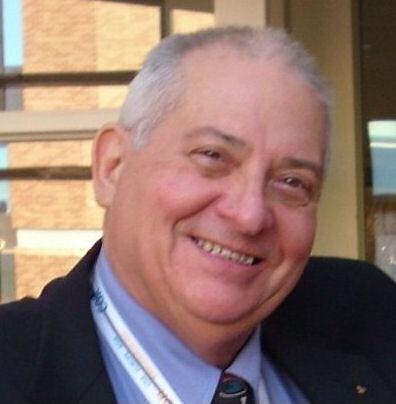 In 2012, a former convicted felon discussed how to “destroy” Oxebridge through the use of “bad publicity” and then engaged in years of defamation against Oxebridge in an apparent attempt to realize the threat.

Wesley J. Bucey, formerly a moderator at the Elsmar Cove quality forum website, was convicted in 1988 on federal money laundering charges, after he was arrested for running a financial scam through his home-based Huguenot church, where he alleged to be a “minister.” The court found he used his church to launder drug trafficking proceeds; additional counts were laid against Bucey after he attempted to tamper with the resulting Grand Jury. According to official documents for United States v. Bucey:

Bucey and [co-conspirator Boston] Witt orchestrated a scheme with dual objectives: money laundering and tax evasion. The money laundering aspect of the operation was designed to provide a method for converting cash from unlawful activities, such as narcotics trafficking, into ostensibly legitimate business income. To carry out this scheme, Bucey set up a tax-exempt organization called the “Huguenot National Church,” which was the conduit through which money was laundered. Bucey and Witt charged a commission for these services rendered through the “church.”

On or about October 30, 1985, Witt met two individuals in New Mexico whom he believed to be involved in the distribution of narcotics and dangerous drugs. These individuals were in fact two New Mexico State police officers acting as undercover government agents. On November 4, 1985, in Las Vegas, Witt offered to help the individuals launder their cash by portraying it as income received for services rendered to a church in the Chicago area. Witt and his partner Bucey advised the individuals that their money would be portrayed as contributions that the Church received on behalf of earthquake disaster victims and deposited in Freedom Federal. The defendant, who would receive a fee for his efforts, would then funnel the money back to the individuals as a fee for services never rendered and provide false documentation for the transactions.

On or about January 23, 1986, the defendant and Witt also arranged to use the Church as a front to help a third government agent, James Dembitz, avoid having his money traced by the government. The transactions with this third agent were also arranged so that it would appear that the agent was receiving cash from the Church for services that were purportedly, but never actually, rendered.

On or about April 24, 1986, Bucey met a fourth undercover government agent, Richard Ahern, who was posing as a businessman seeking to find a way to have his business avoid taxes. Bucey advised Ahern that he could create sham donations of property to reduce Ahern’s taxes and that the donations would be based on backdated valuations.

Bucey was convicted on multiple counts, and was subsequently sentenced to seven years in prison; records show he was released in March of 1990. At some point thereafter, Bucey began to make a name for himself in the quality assurance profession, posting on multiple websites as “Wes Bucey, Quality Manager,” but without mentioning any specific company where he held the position. In fact, Bucey does not name any specific company he has ever worked for, other than his sole proprietorship, Bucey Appraisal Company. Instead he has made numerous unverified claims of employment or experience in at least eight disparate industries. For a presentation he gave to the ASQ Northeast Illinois section in 2007, he claimed to work for an unnamed “aerospace firm with facilities in the USA and France.” According to an ASQ Newsletter for the event, Bucey was said to have worked as a “Chief Operating Officer for a high tech contract machining company serving the aerospace and medical device industry.” Again, the employer was not named, and his current profile on one website claims his expertise comes from “small business” and makes no mention of any aerospace employer.

Bucey’s LinkedIn profile currently lists a single job since 1973, for his appraisal company. Business records show Bucey Appraisal — which was involuntarily dissolved in 2007 — was listed as a real estate appraisal firm, yet Bucey claims on LinkedIn that his experience includes being “a partner in a boutique investment bank.”

Elsewhere on LinkedIn he also claims expertise in nursing homes, manufacturing operations and FDA regulated organizations. In one post on another site, Bucey claimed to have been a seasoned quality consultant:

“Heck, at my peak, I never had more than 30 consulting clients in a year.”

In 2004, Bucey  claimed to be working a “Strategy Advisor not strictly limited to Quality function, but to the organization as an organic whole.” He was specifically looking for case studies for a planned book, which as of 2014 he was still promoting as being underway. To date, it has never been published.

His self-written promotional materials include additional credentials and accolades, including being a trainer on public speaking “to politicians” and others:

His audiences range from 10 to 1,000. He appears on radio and television as well as boardrooms, auditoriums, school gyms, and tents in the park. Wes gives private lessons on public speaking to politicians, executives, fund raisers, and others who want to become more effective when speaking to large or small audiences.

On another occasion, Bucey claimed to be a professional musician, whose “first paid gig was substitute trombone player for West Side Story at the Erlanger Theater in Chicago.” He has also claimed to be an amateur magician.

Bucey has operated his own website at www.wesbucey.com since 2007, where he advertises “adviser” services, but the webpage was never completed and still contains the template text which prompts the user to enter website content. The site even contains a default template contact address in Kansas, meaning site visitors could not contact Bucey even if they wanted to.

Bucey’s public Facebook page is a trove of self-promotion and self-congratulation, spewed without a shred of irony. In one post he simultaneously hinted at a career in theater, while bragging about ways to con people by faking sincerity:

In multiple posts, he boasts about his vocabulary: And another he praised the SAT’s for confirming his intelligence:

As well as his math skills: Beyond his self-promotion, what is factually known about Bucey, other than his conviction, is that he was an active Freemason and Toastmasters speaker. He currently markets himself as seeking keynote speaker appointments, but does not specify the target subject matter. There is no evidence he has ever given a keynote to any organization.

Online at the Elsmar site, Bucey has never admitted to his prison time, but hinted at intimate knowledge of prison life in 2006, which he alleged to have obtained via volunteer work with prisoners:

I have talked to folks in prison and released from prison, both “hard time” and “prison camp” facilities as part of volunteer education activities for offenders ranging from drug dealers to white collar criminals and con artists.

On the same site, Bucey admitted to being a Huguenot, but makes no mention of his church nor its history in the criminal enterprise.

Regardless of his dubious background in the quality assurance profession, Bucey has positioned himself as an expert through frequent posts on various sites, including the ASQ Forums and LinkedIn.

In 2007 Bucey tackled Oxebridge founder Christopher Paris on the ASQ forum boards, in a series of posts that falsely claimed Paris was “deliberately misleading” ASQ members by not declaring that Oxebridge relied on revenue from ISO 9001 certification activities. The posts were later removed by ASQ management, as potentially defamatory. (Oxebridge receives no funding through certification, since it is not a certification body.)

In 2010, Bucey called the Oxebridge business model a “game”:

“Along the way, [Paris] has managed to convince enough companies to pay him money to keep the game going.”

In 2014, Bucey posted that he wanted to contact an Oxebridge client by phone:

I’d dearly love a tete a tete with someone at [client name redacted] for a frank assessment of the value received. :evidence:???

Court records introduced as part of the Oxebridge v. Elsmar lawsuit revealed a series of previously private emails exchanged between Bucey and other posters, including one dated 2012. In it, Bucey discusses how to “destroy” Oxebridge by generating bad publicity:

Chris Paris may seem like a potential threat, but he is very vulnerable, with a business that can be destroyed in a heartbeat by bad publicity. This email reveals not only that Bucey was discussing plans to “destroy” Oxebridge through “bad publicity,” but also provided a number of false statements. At the time, Paris had not left ASQ after “burning bridges”, and in 2012 still had good relations with the group, giving speeches at many ASQ Sections. Oxebridge was never sold, but restructured to a Limited Liability Corp (LLC) when the name of the company was changed to re-brand it as an international provider. Oxebridge was never the subject of any lawsuits in 2012, and never had a reason to present “empty pockets” to any potential litigant. Paris was never “brutally rebuffed” by the British “friend” Bucey mentions, something confirmed this week directly with the person named, who wrote:

“Brutally rebuffed”? Huh? I recall that we were always – at least broadly – on the same wavelength.

Bucey has never had any direct interaction with Oxebridge or its clients, and the defamation campaign appears to have been an attempt to ingratiate himself in a quality community he wrongly read as being aligned against Oxebridge. His posts have been joined in by representatives from the certification bodies BSI, NQA-USA, UL and DNV, all of whom supported the defamatory content, and some of whom engaged in it. Those certification bodies have been critical of Oxebridge for demanding higher ethical standards in the ISO certification schemes.

In recent months Bucey, upset over the launch of Oxebridge’s O-Forum, posted another coded threat against Oxebridge on the LinkedIn group Ohio Bay Specialists, alleging his intent to “expose” the company as a “false prophet.”

Bucey did not respond to multiple email requests for clarifications or comment on this article, nor to provide evidence of his employment history or experience in the quality profession.