China’s Xiao to Step Down as IAF Chair, Italy’s Riva to Take Position

China’s accreditation body representative Xiao Jianhua will step down from the position of Chair of the International Accreditation Forum (IAF), the body that oversees the world’s accredited ISO certification scheme. He will be replaced by Italy’s Emanuele Riva.

ANAB’s Lori Gillespie will take the Vice-Chair position, returning the US to a role in leadership. 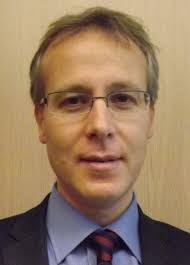 The move comes as Xiao finishes two three-year terms, having first taken the Chair position in 2015. Prior to that, Xiao was influential in IAF and held multiple other offices, including Vice-Chair. He is expected to continue to hold some role in directing the IAF from outside the Chair seat.

The IAF has made no public announcement of the election, nor is it clear how its elections are carried out.

The move is a public relations improvement for the beleaguered IAF, which has faced withering criticism for both an increase in corruption and scandal under the Xiao’s leadership, and growing concerns over the influence of China in the ISO oversight scheme. Congress and representatives within the US Dept. of Defense are already debating whether to grant sole accreditation body status to the CMMC Accreditation Body after an internal contract, signed by DoD, placed the IAF in charge of the US cybersecurity program.

Under Xiao, the IAF hunkered down, isolating itself from stakeholders. It removed all reference to any employees or representatives from its public website, openly ignored formal complaints put to it, and has allowed rampant scandals to infest the IAF accreditation schemes. Such controversies include the expansion of accredited certifications being granted to companies responsible for human trafficking, bribery and worker harassment, as well as ignoring the expansion of unaccredited certifications being issued by IAF-matrixed certification bodies.

The IAF continues to refuse to investigate rampant plagiarism of official procedures by its AB member bodies, who achieve membership after using “template kit” policy documents produced by one of its own members.

The IAF also refuses to pursue legal action against companies that use its logo illegally, or who use similar logos intended to confuse the market.

A change in style is unlikely under Riva, who has shown a lack of understanding of how accreditation works, despite his role as the head of Italy’s accreditation body, ACCREDIA. Riva has repeatedly sided with bodies found to have engaged in corrupt practices, so expectations that Riva will reform the group after Xiao steps down are dim.

Without any formal announcement, it is not clear if Xiao will remain in power via some supporting role.

China has made it an official policy to influence international committees, including IAF, ISO, UNIDO, and others, in order to shape world trade in its favor. Xiao is an official government employee, working for the Chinese National Accreditation Service (CNAS), which reports to Beijing and the Chinese Communist Party (CCP).

At the same time, other CNAS officials remain in key positions within the IAF, and not subject to elections.

It is expected that the US representative Sheronda Jeffries will ascend to some higher role in the IAF. Jeffries has received criticism for ignoring American stakeholder feedback and complaints, while promoting IAF initiatives and then benefitting personally from the exposure given to her by IAF.

UPDATE: The article was updated to reflect that Kevin Belson will be taking on the Vice-Chair position.

UPDATE 5 November 2021: There remains confusion over who will be Vice-Chair, so the reference to Belson was removed. The IAF has not published any of its resolutions for all of 2021, so there are no official records to verify.

UPDATE 11 November 2021: IAF has announced that Lori Gillespie of ANAB is taking on the Vice-Chair role. The reporting has been updated.